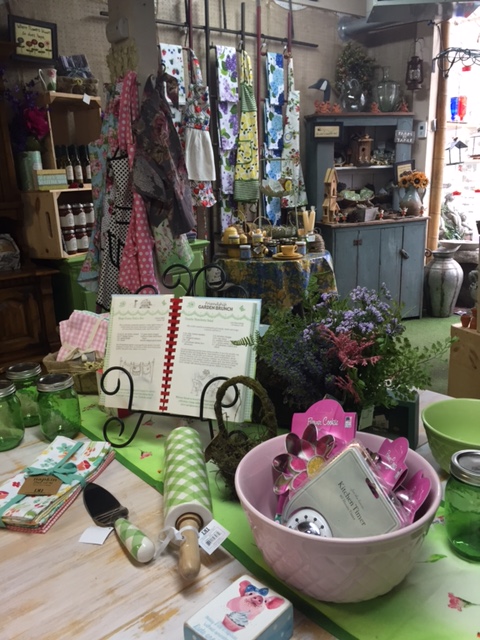 The garden shop/gift shop is all gussied up for summer fun in the home and garden.

Happy, happy summer! Ah, it’s finally here! What does summer mean to you? It’s different for everyone but I think we can all agree on one thing. There’s nothing like a trip to your favorite local garden shop to kick off summer in your home and garden. Follow me to Crystal Lake Garden Shop to see all the flora, fauna and flavorful Farmgirl fare and enter the garden shop GIVEAWAY!!! END_OF_DOCUMENT_TOKEN_TO_BE_REPLACED

END_OF_DOCUMENT_TOKEN_TO_BE_REPLACED

Under the Midnight Sun

There are strange things done in the midnight sun...

Happy Solstice Farmgirl friends!! You can tell it’s solstice time in Alaska (and I bet about everywhere else, too)–there is so much going on from visitors to festivals to backyard parties.  Of course, the farming season is gearing up and the fields at Sun Circle Farm are almost at maximum capacity (one of these years a fallow field will remain fallow!)  Looking through my photos over the last month, I found that there were beautiful gems everywhere…

END_OF_DOCUMENT_TOKEN_TO_BE_REPLACED

My Favorite Thing About Summer! 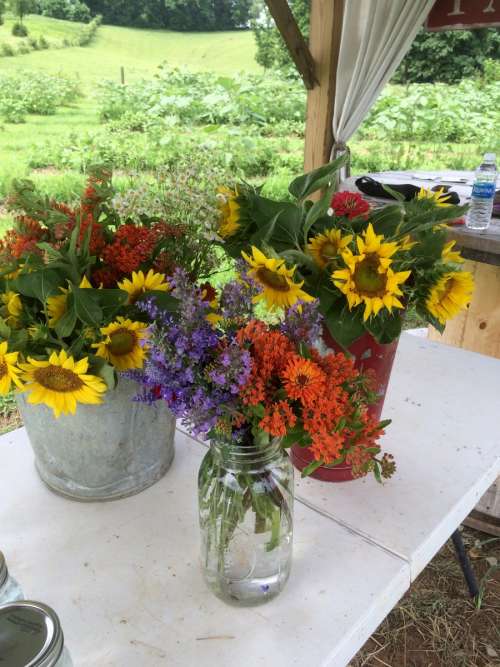 It’s FLOWER SEASON on the farm y’all!  (For the new readers to our Farmgirl Bloggers site, you can read about my flower business here.)  This year we had some early blooming sunflowers so Tuesday, for the first time this summer, we were able to put some bouquets on our honor system stand.   Because most of what we have blooming right now are sunflowers, I walked through the fields on the farm and picked some wild flowers to go with the sunflowers.  As well as cutting some things from my personal flower beds!

The Most Wonderful Time of the Year – Summer Changes 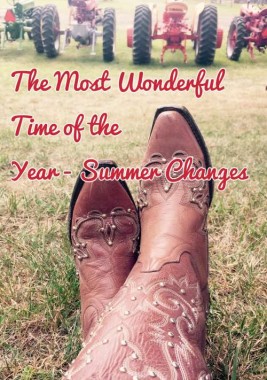 It’s my favorite time of the year, as spring morphs into summer! Connecticut winters are often harsh, but summers are really pretty, full of changes! We’ve been busy bees ourselves making changes- sprucing up, cleaning up, and even adding a new family member!