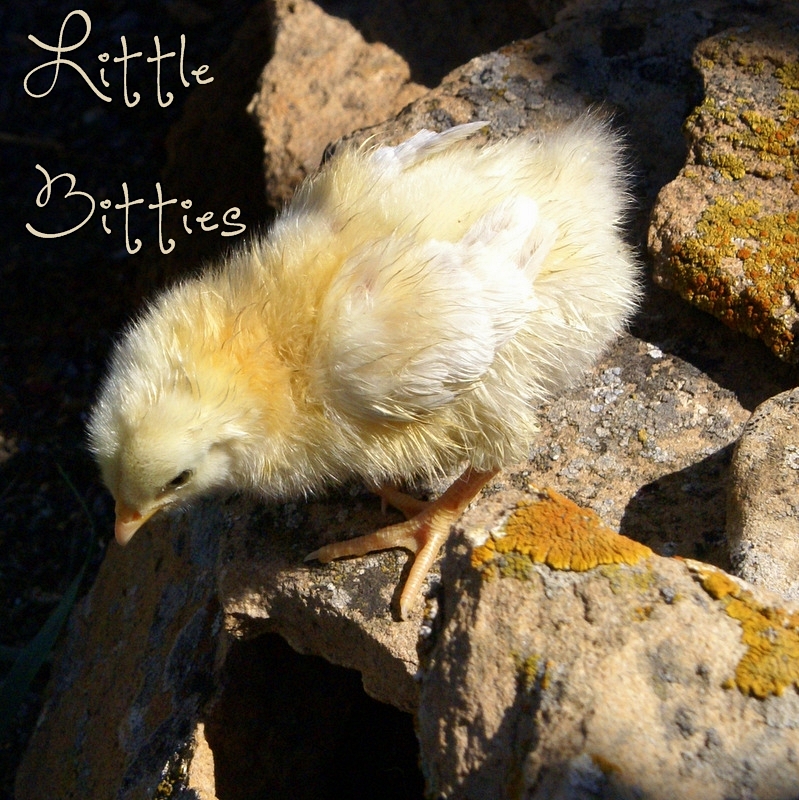 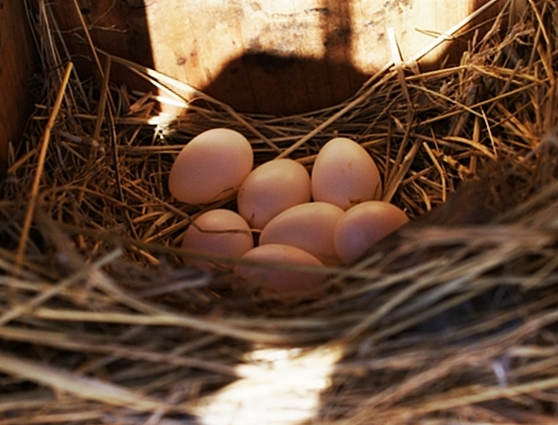 When I thought of the theme of this blog article, a fun song by Alan Jackson came to mind … a sweet country ballad about small starts in life that will hopefully grow like the mustard seed of faith. Humble little bittie beginnings. And, it all takes nurturing.

Here is the song, Little Bittie, at YouTube. Take a listen, it’ll set the tone and put a smile on your face :o) 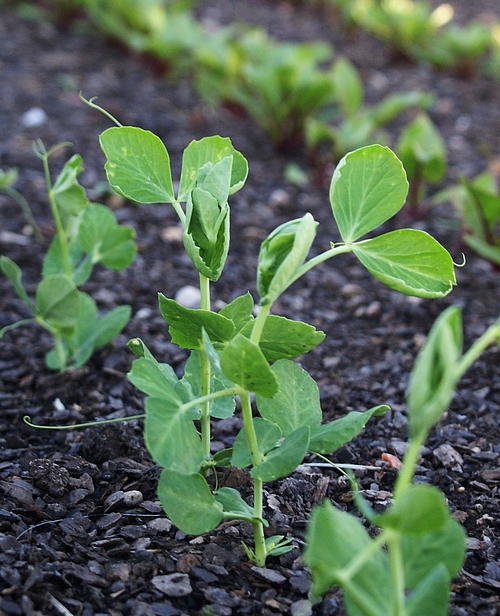 Little bittie garden plants and flowers need careful tending to get going and to keep going. Don’t we all?

I bred and raised Morgan Horses for several years and it was so rewarding. So fun. The satisfaction of the project was huge, but it was not a ‘everything happens at once deal’. I started as a little bittie breeder with two mares and built my broodmare band as funds allowed. Then, years later, the fulfillment of my goals came to fruition. So much work, so much waiting … and several heartbreaks along the way. Of the last two foals I bred, one I kept for myself and the other I exported to Sweden. Exporting a horse that I bred and raised was like receiving a crown … not one made of pride, but rather made of gratefulness. By God’s grace, my goals as a breeder were fully ripe when I happily closed the door. I looked back at 50+ happy horses in good homes and it was like seeing a cluster of ripe grapes hanging on the vine, shimmering in the sun. A little bittie idea can grow into a mighty oak … given time, nurturing and patience.

When my husband and I married, it was a 2nd chance at a better married life than what we’d known the first time around. We started alllll over in many respects. We homesteaded for real and built a life from the dirt up. We built our cow herd and we went to bed tired every night. Alan’s song rang true.

“Have a little love on a little honeymoon

A good ol boy and a pretty little girl

Start all over in a little bitty world

It’s all part of a little bitty scheme… …

life goes on for a little bitty while.”

Ok, what really brought “little bittie” on as an idea to write about? Well, four years ago, on the first weekend of antelope hunting season, a little bittie doe was orphaned in the gun play. The antelope that live here peacefully during the rest of the year, scatter on the wind like milkweed seeds when hunting season hits. There was a smaller doe kid with the rest of the ‘home herd’ – obviously a late born baby. She was smaller than she should have been for late September. Anyway, that weekend when all of the antelope ran off, somehow she was left behind. I saw her in the pasture, but all I could do was feel sorry for her. Oh, then I was reminded that I could pray. She was a wild thing and mercy can be hard to come by when you’re a little bittie orphan in the wild animal kingdom.

The antelope never returned and ‘the orphan’ took up residence here. She hung out with our horses and as time went on, she bedded down at night in my flower bed next to the house. She was with us all winter. Then, in the early days of spring (or late days of winter), a few antelope returned and she finally was able to hook up with her own kind. I didn’t notice her the following spring. Nor the next. However, last year I thought I recognized her by her behavior … mostly. She is also somewhat smaller than other does, “runty” sort of; I suppose due to her hard start. When the other does ran away while I worked around the barnyard, she looked at me and resumed grazing … no further away than 20 yards or so. I knew then who she was. Doe antelope come here to our back pasture and have their babies. They have done so since we’ve lived here and I’m sure for many hundreds of years.

Then, a week ago, I saw her again just behind in the lower pasture. One evening, a special encounter occurred. It was near dusk. I was outside doing chores and my Rat Terrier, Buster was with me. Suddenly, the little doe appeared on the scene. She was VERY interested in my dog and not in a positive way. She had Buster in her crosshairs and here is why …

She had a little bittie of her own hidden in the grass nearby. She was not threatening me, but she sure wanted that dog to leave my side so that she could stomp him into the prairie turf. Doggie knew this too and stuck to me like Velcro. Her interest allowed me to get some nice photos of my doe friend. What I noticed right off was her mane. Normally, you don’t even see an antelope’s mane. But, when they are angry, it stands on end. In the golden evening light, it is very auburn in color. I did not have a zoom lens, so what you see here are photos taken of a wild pronghorn antelope just a few yards away. 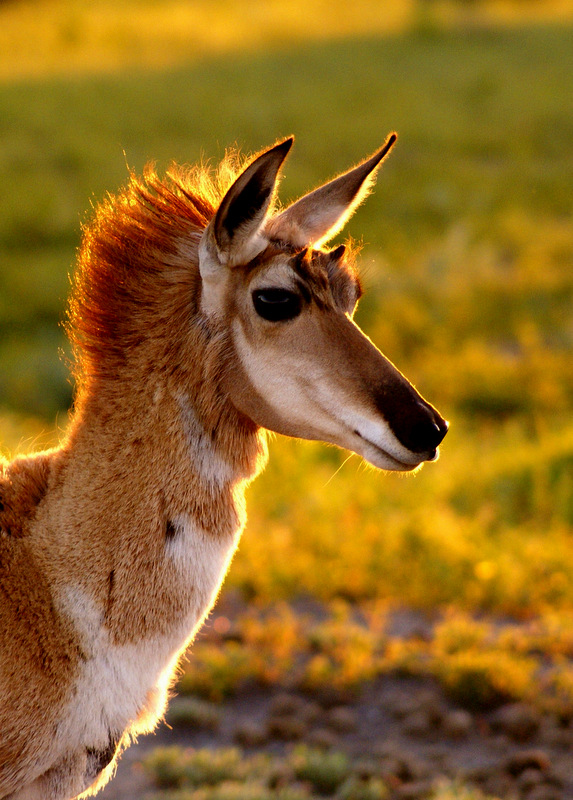 Note: The reason her legs look slick and her coat is uneven and thick-ish is that the antelope are shedding their bristly winter coat. It comes off in matted sheets & patches over a period of a couple of weeks. They look pretty raggedy until shedding is complete. 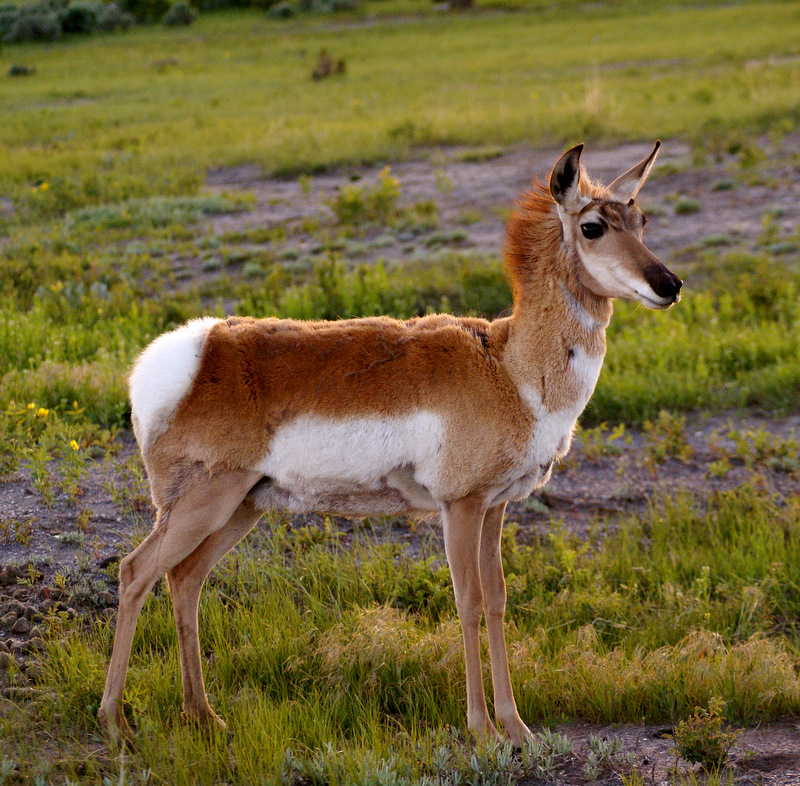 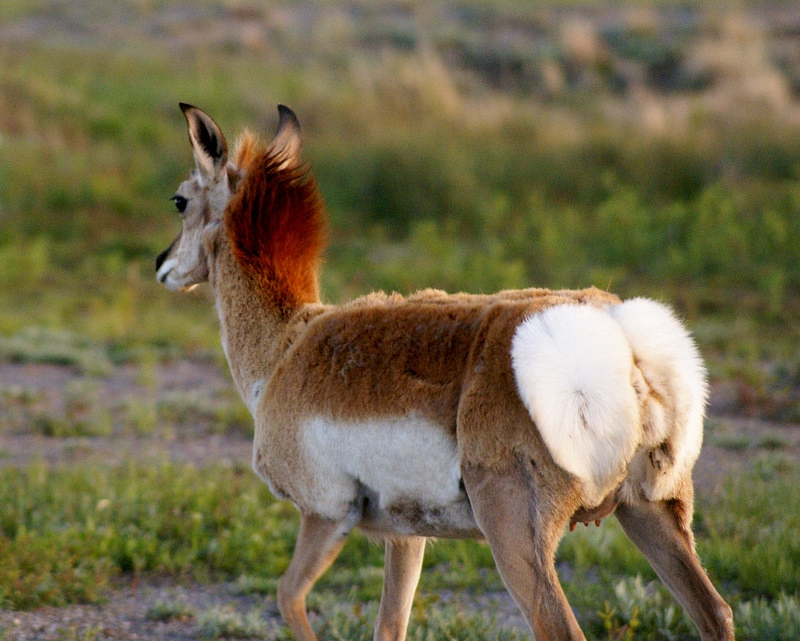 The next day, I learned that she actually had TWO little bitties. Here they are as “daylings” … just one day old and fleet of foot already! 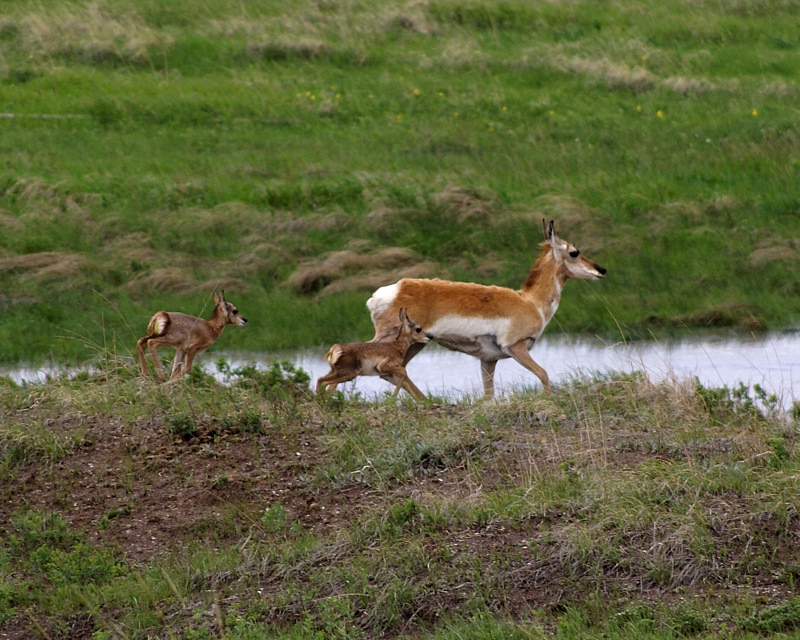 Our little doe came back to the very place she felt most at home and safe to have her young – in our “backyard”, very close to the house. I felt happy that hunters hadn’t gotten her and her presence here reminded me how fortunate I am to live close to nature … close enough to follow a few of the lives of my wild animal neighbors.

Moving on … … there are some new domestic creatures in my life. I weakened when faced with temptation. My farmgirl pal, Anita, told me she was ordering some pullets (Buff Orpingtons) and “Do you want to order any chicks?” Ohhhhh, OK, twist my arm. I opted to try a breed I’ve not owned before, another old-fashioned heirloom breed: the Delaware. They’re just as described – very friendly and laid back. They’re also supposed to be very good layers. Here is a mature Delaware hen.

Here are my week old little bittie lassies on their first field trip to the garden yard. Loaded in a bucket, away we went … 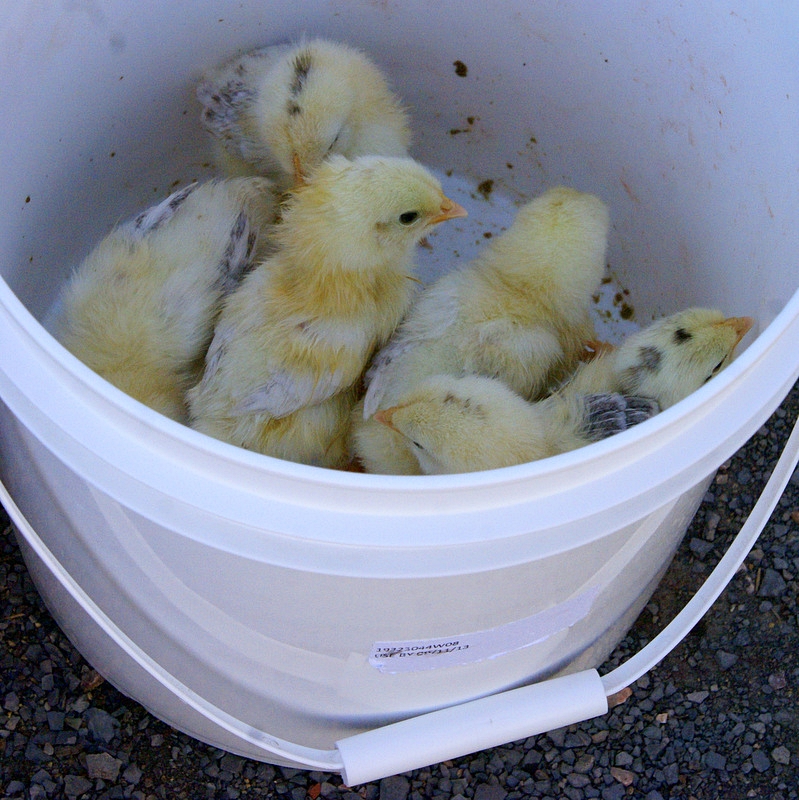 They spend much of the day in their tank, but when I water and weed, they get to explore and play in the garden yard. 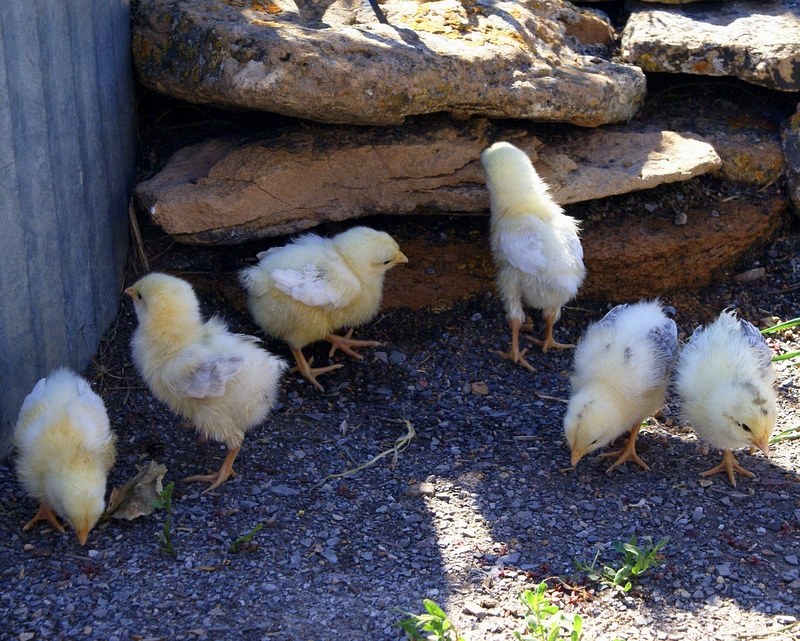 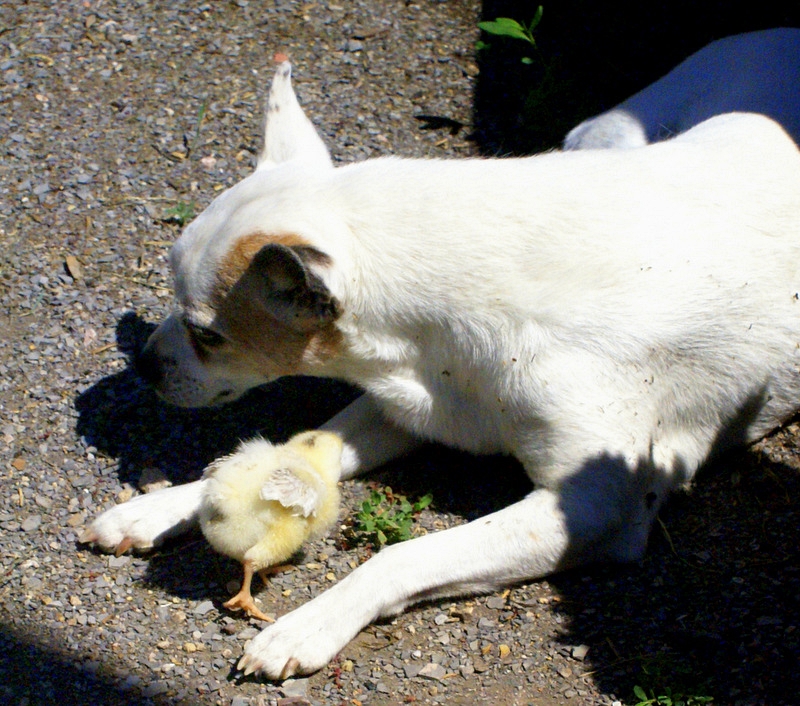 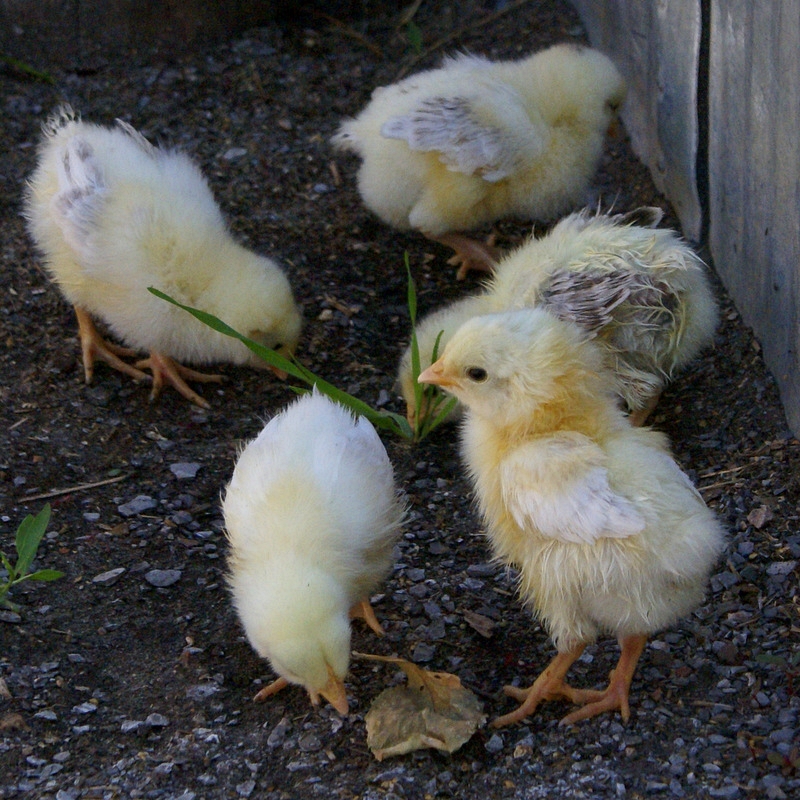 When I was looking into the Delaware breed, I happened onto a blog which offered free pattern downloads for felt bird ornaments. You can, of course, make this darling little hen in any color.

Go to the web page and see the other felt bird ornament patterns. You can copy/paste the image below and then enlarge it until you get the size you want.

On other little bittie fronts, isn’t it exciting when the small flowers you transplanted weeks ago take hold and begin blooming?! One of my favorites is blooming now – “Denver Daisy” Rudbeckia. They bloom alllll summer and I like flowers that make the most of our short growing season. 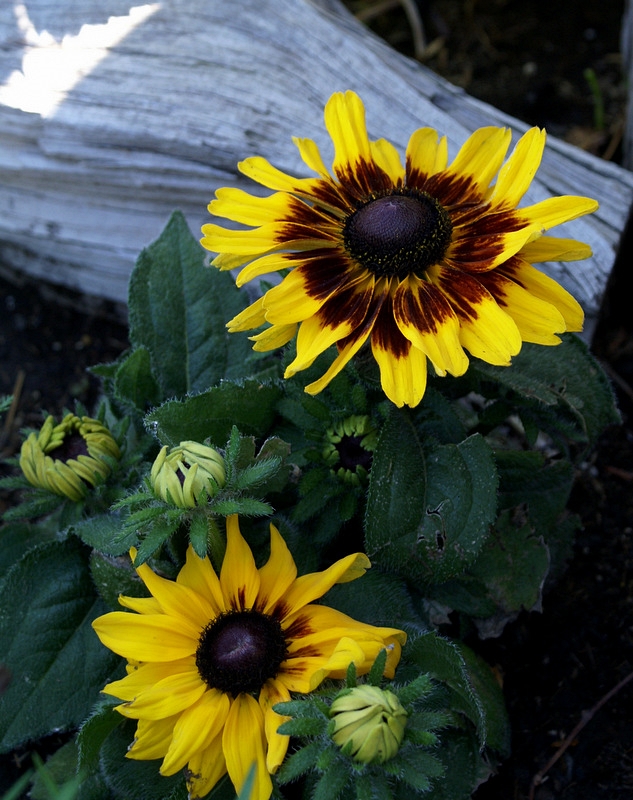 I also found a fun little annual this year, a pink & orange African Daisy. It was just too unusual to pass up. Gosh, there are sooooo many different flowers to choose from nowadays and they come in outrageous colors. 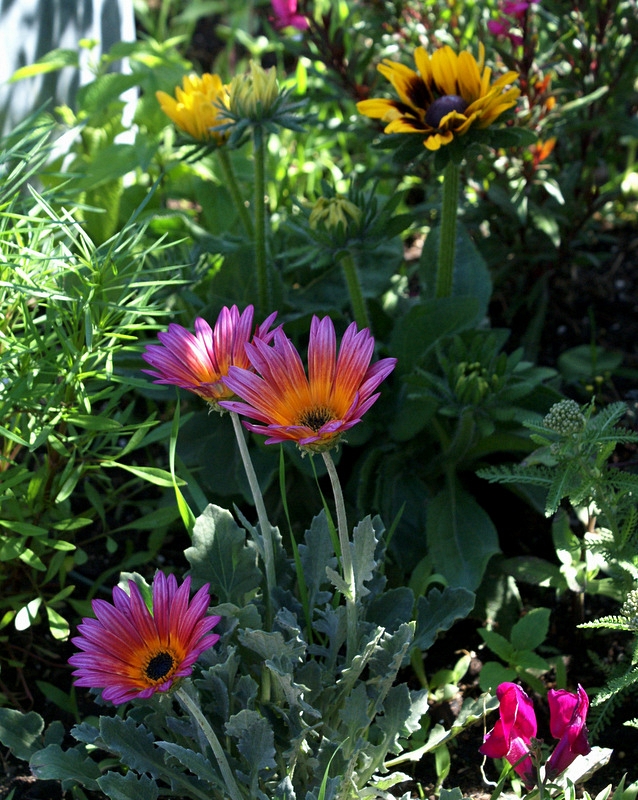 So, the little bitties are hard at work growing and blooming. Summer … finally! Here is my last offering: a human little bittie at the dinner table after a recent branding. Remember what is was like to sit amongst grown ups, when you and your plate were almost ‘eye to eye’? :o) Ahhh, little bitties … so many things are at their most precious when they’re small. For those of us that aren’t little bittie anymore, we so enjoy watching little things grow. The best little bitties in life get more wondrous as maturity develops. Like good horses, they just get better & better with the passage of time. Therein is a lesson for us all … that we live in such a manner that we’re thought of in the same way by those who know us :o) Happy Trails Y’All, Shery J 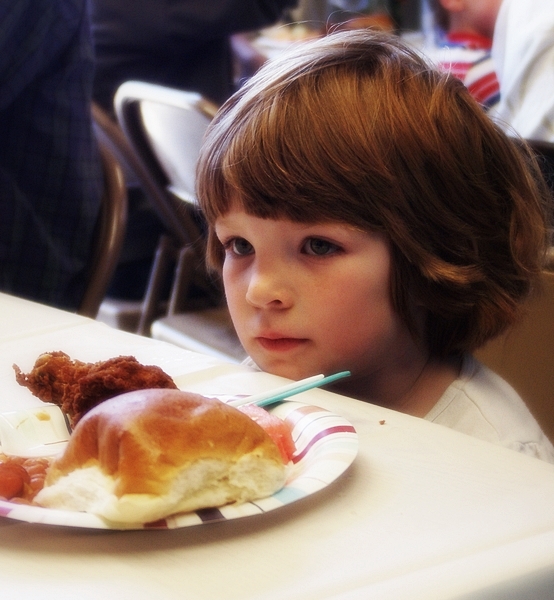