Catching Up With Pink Magick 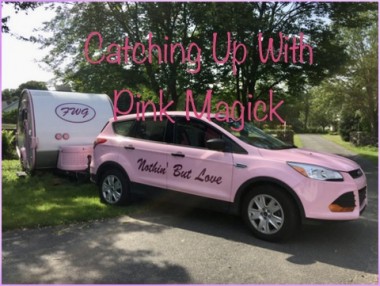 Have you ever met someone and instantly became friends? That’s what happened when I first met my friend, Alison, in 2015, when I interviewed her for a blog post. Her story is such an inspirational one, as she traveled the United States in her pink glamper, on her “Odyssey of Love”, in honor of her beloved husband she lost to cancer. Now, deciding to set down some more permanent roots, Alison’s incredible story continues.

It was 2015 when my husband and I were still in the process of finding a camper, and I would notice them everywhere. One day, while waiting at a stop light in the center of town, I noticed a pink car pulling a pink teardrop camper, not something that you see everyday in Newtown, CT.  Alison Miller had been featured in the Aug/Sept 2015 issue of MaryJanesFarm, and I had seen her in a Facebook group. Seeing her truck and camper on our local road was surreal. I later learned the pink paint was a custom color, made for Alison, called “Chuck is Watching Over Me Pink”. Little did I know, that chance sighting would lead to meeting one of the most interesting people I have ever known, as well as would spark a dear friendship. After first getting in touch with her, meeting and interviewing Alison, her story was also one of my most unforgettable blog posts. 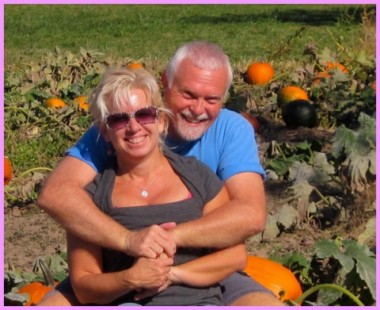 We stayed in touch, mostly through Facebook. Then, seven years after that first chance sighting, I was sitting at that same red light. Suddenly, I noticed a pickup truck, painted that same, unique pink color, driving by. 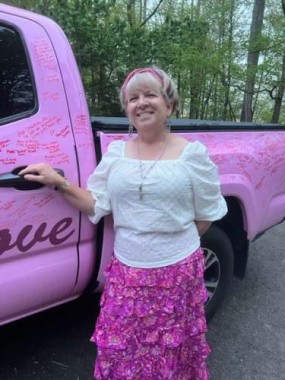 When I got home, I texted Alison, “Are you by chance in town?” The last I had heard, Alison had been spending most of her time in Arizona and Texas. Alison texted me right back, and had just arrived in town. “I was going to contact you, and tell you I am setting roots down in Newtown”! We made plans to get together, with breakfast at our local diner. 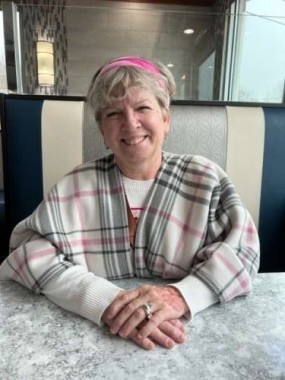 Alison is just as adorable as ever. She hasn’t changed a bit. She is still as spunky and sweet, dressed in pink. That breakfast, it was like seven years had not passed, as we sat gabbing and catching up. By the time we left, it was lunch. 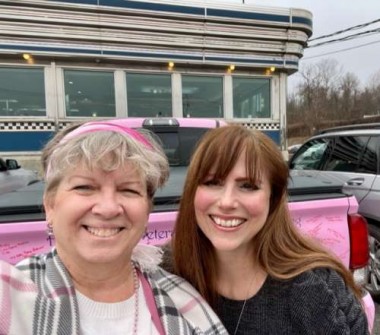 In the last seven years, since we last saw our “heroine”, Alison has traveled alone in her pink teardrop all over the United States, all the while inspiring thousands of people along the way. Alone, but never really alone, Alison’s story was shared through her website and Facebook page, as well as at places she stopped along the way such as at campsites, stops at gas stations, rest stops, and family camps at military bases (she would email the public affairs of the bases she would be staying at, to let them know that the flag of and urn containing a Retired Master Sergeant of the Air Force would be passing through. She did not expect anything, but many of them would reach out, wanting to share her story of her “Odyssey of Love”). 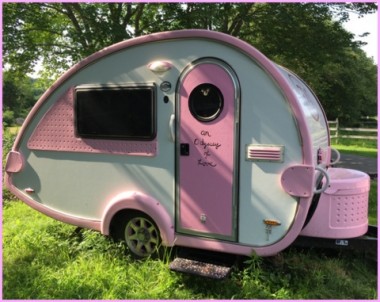 She painted her teardrop the special pink as a promise to her beloved (so he could watch over her), as well as a way to draw people to her so she wouldn’t be isolated on the road. As a former hospice worker, Alison knew all too well how isolating grief can be. Alison would also leave two chairs outside the camper. She felt like she had disappeared the night Chuck died, and having others reach out to her validated that she was still here. She knew that people would ask questions, and she would ask them questions, and share stories.  Alison says, “I knew nobody out on the road. If I did what I told Chuck I was going to do, it would draw people to me. I wouldn’t be able to isolate myself. People would talk to me. So it became a matter of sharing stories with each other, which is all that we have in our lives, really, in the end –  the stories that we’ve lived.”

The “pink” may be what strangers notice first, but it is Alison’s larger than life, passionate personality and high wattage smile, combined with her “Fierce Warrior Goddess” persona that draws people to her. Through her journeys, Alison has made friends all over the country, and has become a rock of strength and inspiration to countless widows and widowers, who have reached out in various ways to tell Alison what her journey has meant to them. 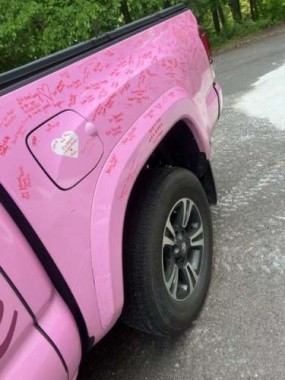 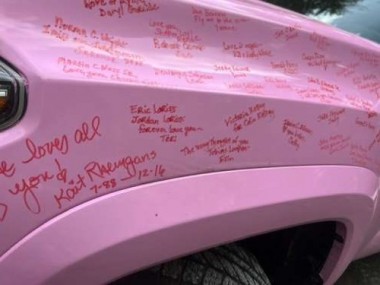 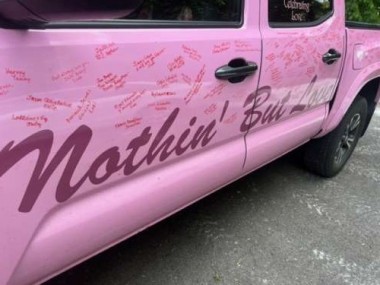 As more people shared Alison’s “Odyssey of Love”, something else happened. She realized it wasn’t just about widowed grief. As people shared their stories with her as well, she invited people to write their loved ones’ names on her truck. Though it began about Alison and Chuck’s love story, the appeal of remembering loved ones crossed over, and she inspired many others who lost loved ones. Through blogging, live feeds, and Facebook, she was sent the names of lost loved ones from all over the country, which Alison transfers onto her truck, so that she is traveling with loved ones lost but never forgotten. She has two notebooks full, and several thousand more names will be transferred. She realized her journey isn’t about grief – it is about love. 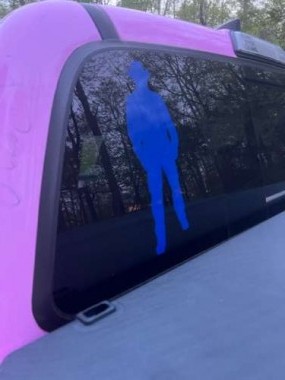 While traveling across the country, Alison did amazing things, always challenging herself. She is one of the bravest, most captivating people I have ever met. She stayed with her son in Arizona for a time, with her daughter in Arizona for a month at a time, and went through Texas a few times.

In all the devastation after losing the love of her life, Alison knew she needed to be creative. “There’s no language for grief, so we have to engage the five senses”, is a favorite quote she has lived by and was the inspiration for making the interior of the trailer her canvas for creativity as a tribute to her love with Chuck. 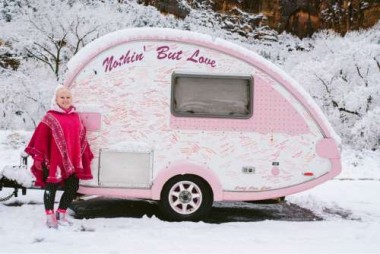 Her trailer, a tribute to her late husband
Photo courtesy Alison Miller

To support herself on the road with an income, Alison did “work camping” and took seasonal jobs.With a son on active duty in the military in Arkansas at the time, she decided to apply for a job with  “Opera in the Ozarks”, an annual summer opera festival and opera training program, founded in 1950, where college students from around the world perform three operas every season. Again, stepping out of her comfort zone, for several summers, Alison worked as a grounds keeper, something she had not done before. She rode tractors, planted gardens, moved shrubs, and made fairy gardens. She spray painted rocks gold and made the campsite “colorful and magical”, repurposing little crystals as garden and tree art from a chandelier that she had found thirty years before on the side of the road in New Jersey.

The Arizona Renaissance Fair helped her find her voice, which had weakened considerably after Chuck’s death. She had to be at the front gate in costume, but not in character. By the second year, midseason, she learned to project her voice because in charge of the gate she needed to keep order, and she  began to feel stronger. She also got creative and made her own costume. It served her well, as she learned to work for herself and feel her feet firmly back on the ground.

In 2016, she did burlesque in Arizona. After she lost Chuck, she felt she had lost all sense of self. She was doing grief therapy and working out at a base gym, but felt she needed to do something creative. She had loved dance years before, doing Scottish Highland dancing, but wanted to do something to push her out of her comfort zones. Alison says she wanted to find “her sensuality, find her “color and texture, and sense of self as a woman.” 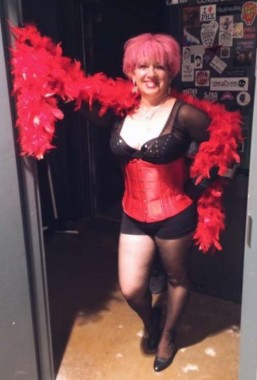 She took a Burlesque dance class in Phoenix where she learned to burlesque dance, learning the art of the “tease” using gloves and a boa. It was an eight week course once a week. At the end of the course, for graduation, there was a public performance for spouses, kids and friends. There were two dances with others in the class and then a solo dance. Alison created her own costume and took 40 year old shoes, sparkling them up. Her daughter-in-law, Nicole, helped with the choreography for Alison’s solo dance. She first danced to “Dance Me to the End of Love”, as if dancing with Chuck. The music then changed to “Girl On Fire”, as she drew a sparkly sword from behind. Alison says when she stepped on stage, she felt like she had been doing it forever, and that doing the Burlesque show felt amazing!

Then in 2019, seven years on the road after Chuck’s death, and finishing up at the opera camp, she decided to make a documentary on her “Odyssey of Love”’. She had no money set aside for making one, and had no clue as to how to go about making or having a documentary made. She decided whatever money she had would all go into making the documentary, because she feels “our world desperately needs love.” Her love story with Chuck was so rare, and she feels that “people don’t know how to make their own love stories”.

Totally by chance, she went with her daughter Rachel Grace to a photo shoot in Sedona, Arizona. There she serendipitously met a photographer named Emily who also had a friend, Blake. Blake attended film school, and later would be Alison’s cameraman and editor.

Alison debuted her documentary the first time to three hundred people. The documentary is 35 minutes long. I have seen it, and it is spectacular. Alison plans on doing more online showings in the future, as well as in person, public screenings. (I will keep you all posted – it is a must-see)!

Alison decided to put down roots, deciding on Newtown because her other sweet daughter-in-law, Tiffany, and her parents live in the area. Though she is not traveling full-time, Alison is now taking shorter trips, with specific destinations in mind. Recently, she traveled to West Point, bringing along her dad’s letters to her mother that he wrote as he went through cadet training. 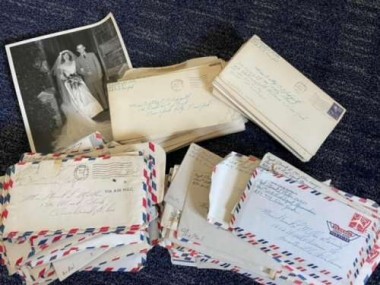 She is also going forward with her book that she has been working on for years. It will be published online in the future.

She keeps going on the love her husband left for her. She is pragmatic with her outlook on life, but she believes in love, and feels it doesn’t just die. She doesn’t feel him around her, but she feels his love. She is still as in love with him as she was in the 24 years they were married. She uses his love as her guiding force. 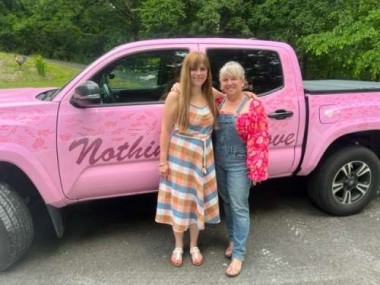 Alison is still a grieving widow, but to me she is so much more. I am blown away by the many things she has done. She is such an inspiration in so many ways. I think Chuck is her angel in Heaven, but I think she is also an angel here on earth, having earned her wings by spreading so much love. When she has a problem, she remembers to “look for the love”. She “suits up and shows up with and for love.” 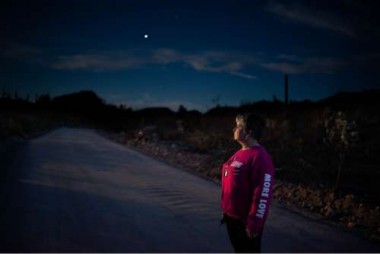