Indigo Blue And Farmgirls Too

Have you ever had a hankering for something that really wasn’t all that important, but even so, the flicker of it remained alive on the far back burner in your mind? An antique step-back cupboard is something I’ve wanted for many years! I saved several photos from country magazines. I thought that maybe I might find one someday. The other thing was this: Ultimately, it would have to wear a coat of vivid indigo blue that was so popular in the late 1800s. Then, one day while visiting a friend, there stood a sad old cubby in a corner of his workshop. It was cement gray and held together with plywood. It had no back and was as crooked as a country road. But, in it, I saw a dream come true. (Above)

Above and below: saved pictures of the kind of cubby I longed for. The Camps And Cottages book is one of my favorite decorating books and on the cover is another great blue cupboard. My old cubby needed some repair, which my husband was kind enough to take care of. Initially, he scratched his head in wonderment … wondering why I wanted to save cuch a rickety old relic. Once the old gal was firmed up and ready for paint, I went to work. Now that she is finished, she’ll store my emergency pantry items on the north wall in the porch. I’m just days away from moving all the other furniture in too.

I’ll share the grand unveiling of my porch in the very near future, but I had to give you a preview to tide me over.

On other fronts … remember my injured dove? Well, I set her free shortly after my last post and after she flew to the garden fence, she lingered there for well over an hour. One by one, the other doves at the feeders left. She remained. I began to worry that she was not able to fly strong enough to leave with her friends, but that she could fly good enough to evade re-capture. I turned my anxiety over to He that is greater than my anxiety and right about then, one dove came back and perched on top of the garden shed. It then dropped down beside her (below). Soon they flew up together to a power line … then off they flew and I’m just sure it was her mate! I’m told they mate for life. I know it is a little thing, but I was moved to tears. Seeing dead animals in varying stages of decay along the highway has always bothered me. It was a good feeling to save a probable casualty … even if it is just one little dove. 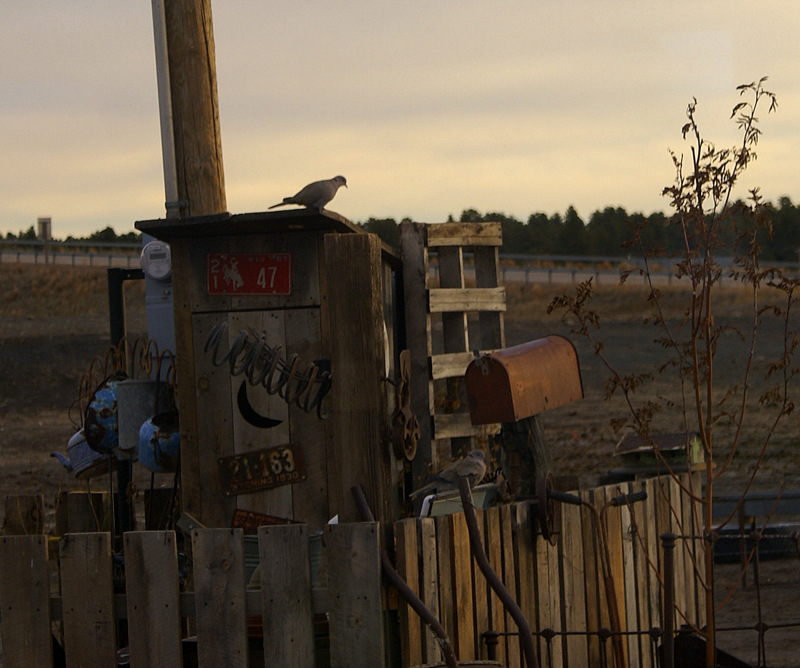 Then, this … my farmgirl pals & I have not gotten together since our glamping trip in August. Everyone just got busy and, well, months passed. Now that we’re all a little less busy, Anita played hostess. We went out to her place for lunch and a gift exhange. She served homemade chicken & noodles, whole-grain rolls and a relish tray of home canned pickles. Michele and her mother, Barb, told us all about their vacation in the midwest. Michele brought home several antique finds. I need to go and pay her visit so that I can see what all she packed home. 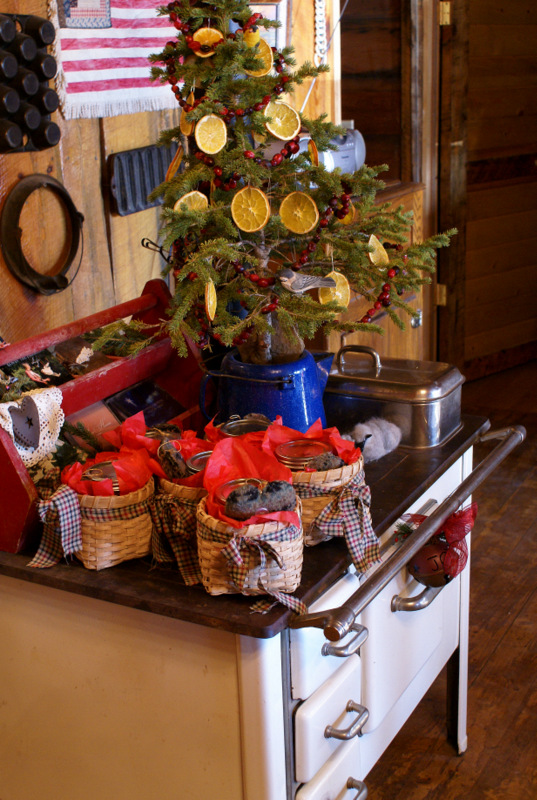 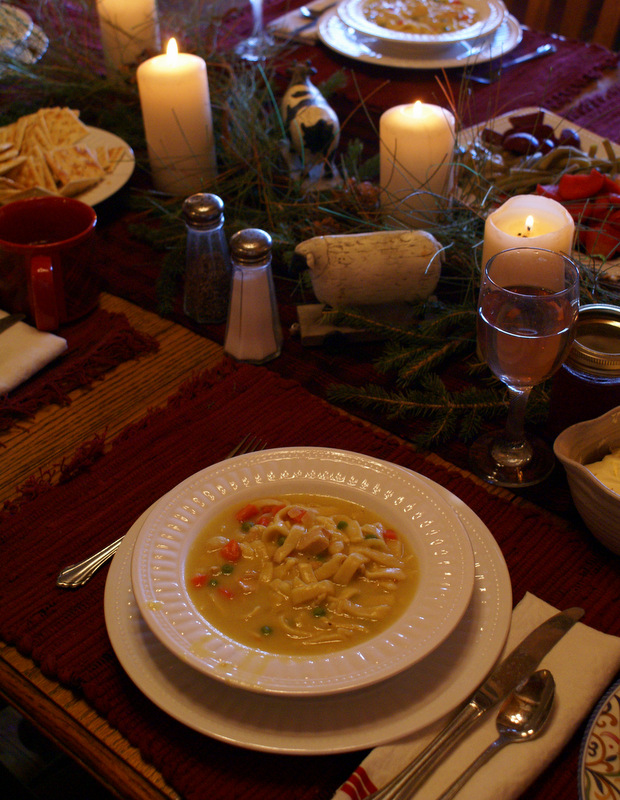 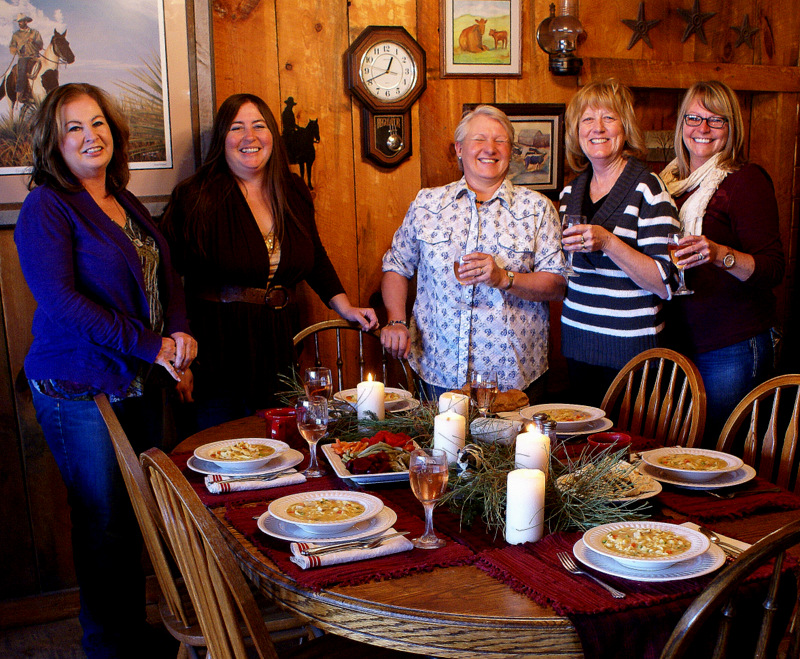 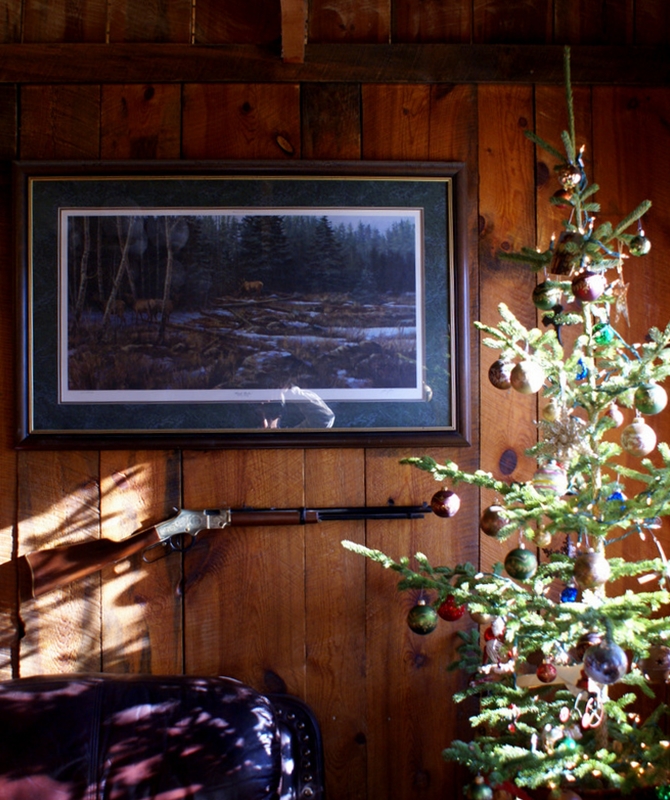 Anita has been busy carding wool. She wants to get plenty of it ready for a winters worth of spinning and knitting. How she loves her sheep. She married into being a shepherdess. Her husband, Jerry, likes sheep better than any other farm animal. There used to be many huge sheep ranches in Wyoming, but the market changed dramatically and that is no longer true.

I love this antique print on their bedroom wall. I don’t know the name of it, but it was a very popular image from the late 1800s. 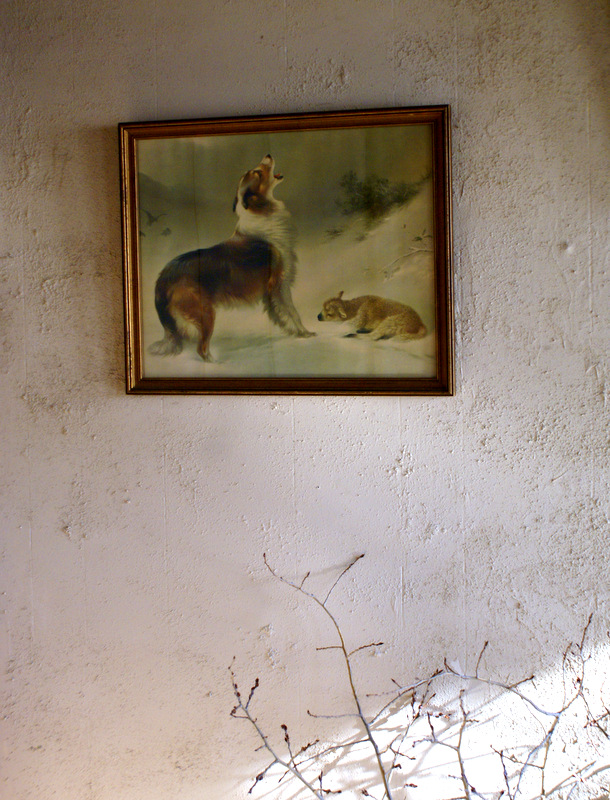 At home, I’ve only dressed the house up with a few Christmas items … outdoor lights, a wreath and a small tree in the living room. The porch is where I wanted to go all out. The clock is ticking! The large tree is sitting outside. And, as I pen this, I’m recovering from a very bad cold. Yck! So, I need to make peace with what I’m able to do and let it go at that. There is still time for the porch transformation, but I’m eager. 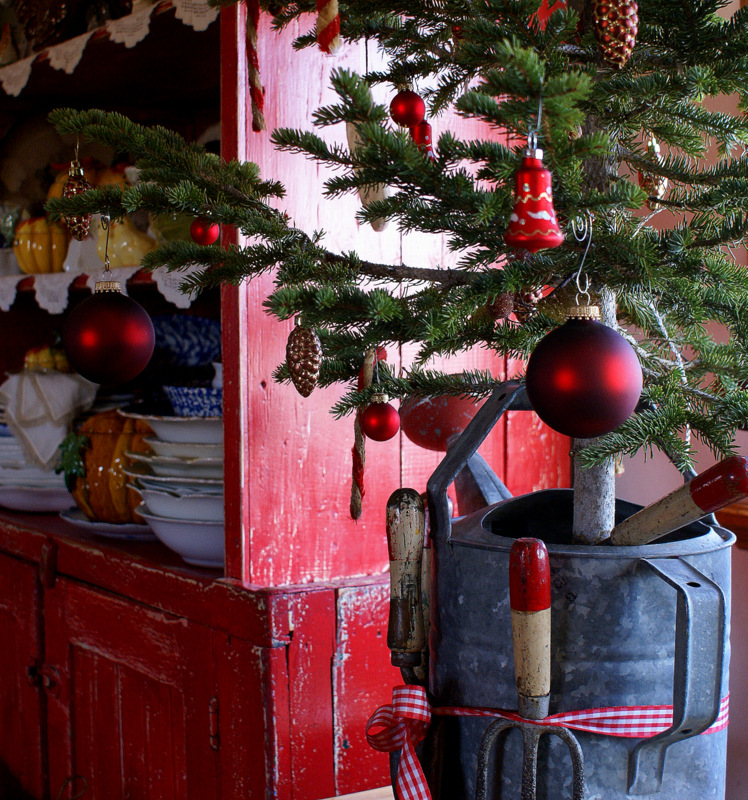 The unveiling of my farmgirl porch has been set back again, but I think it will be ready for my next post after Christmas! Until then, I hope every one of you experiences a little holiday magic and a generous helping of peace. Be ye merry