September is when summer isn’t quite over and autumn hasn’t yet taken hold. We’re betwixt the two.

The grass is no longer green and yet it hasn’t given up entirely. It, too, is “betwixt”. Outside summer work is winding down. I harvested the last red tomatoes and there are just enough to fill these jars. The green ones remaining will go into a frying pan. 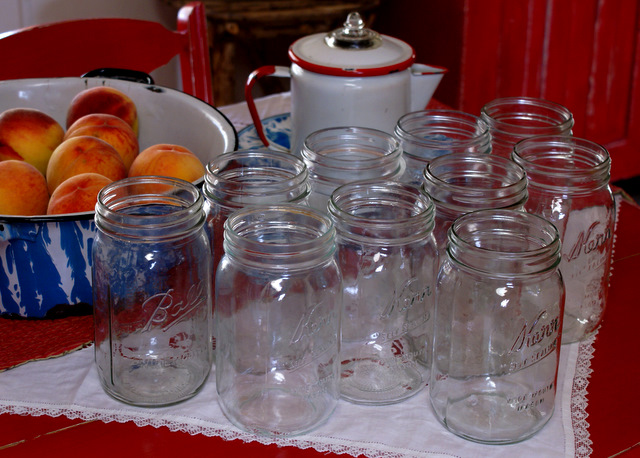 Have you got any special recipes for green tomatoes that you’d share in the comments section below??

Over the last couple of weeks, we’ve gotten our fall cattle work underway … moving the cows & calves to pastures closer to the corral, separating the heifer and bull calf pairs etc. The knee I had surgery on this past spring is doing well and riding is GOOD for it. I sure missed a lot of riding this year though and our riding season is short … just like it is for gardening. 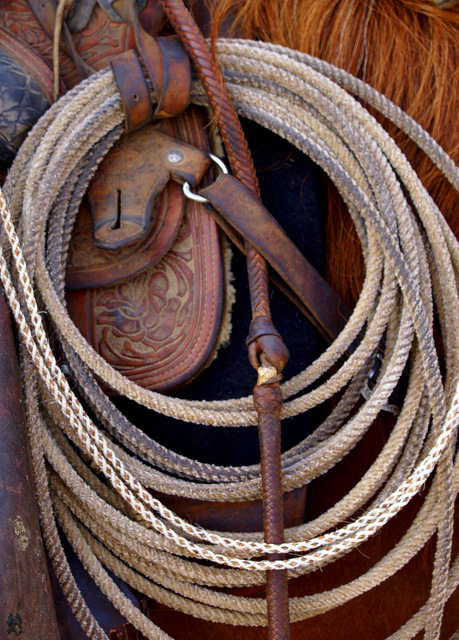 The grass on the prairie is tanning, the shrubbery in the piney foothills is beginning to turn, the oak trees are thinking about fall … but slowly. The aspen in the high hills are changing. As I’ve said before, we live between the Plains and the Black Hills. We’re betwixt the two.

Gone are the wildflowers …

The end of auction season is also coming to a close. A couple of farmgirl friends and I went to one last weekend. It was a gorgeous drive that took us to a ranch over by Devil’s Tower. The ranch is 115 years old. The auction was fun and we did bring home some vintage treasures, but I enjoyed looking the ‘home place’ over as much as anything else. So many pieces of old farming equipment and outbuildings. I was told that a group of Amish families moved nearby recently and they were on hand to bid on many of the hand tools, harness and many other antique items that are still a part of their modernday ‘living simply’ lifestyle. Here are some photos …

The house and one side of the chicken house was covered with metal lids from the early 1900s. True “making do”.

And here is the part where I still get sick … sick I tell you. I missed the deal of a lifetime !!! Due to the threat of rain, the auction split and there were two auctioneers going at the same time. The farmgirls & I were following one of them along a trail of household goods. On the other side of a long equipment shed, the other auctioneer was selling ancient horse drawn farming “stuff” or so we thought. Turns out he went further than that and was also selling some of the old trucks AND a 1962 Shasta camp trailer … in great condition. I planned to be present for when it came up, but I missed it. Argh. Brace yourself. It sold for $200. Yep, you heard me right. I groaned with greedy pangs of disbelief when I heard it had sold for that amount. My farmgirl pals comforted me … to no avail. I mean, Look at her … she’s a farmgirl’s glamping dream come true. Gimmee a hanky. I’ve tried to console myself by saying that if she was meant to be mine, she would’a been. Yea but. I’m trying, ok. 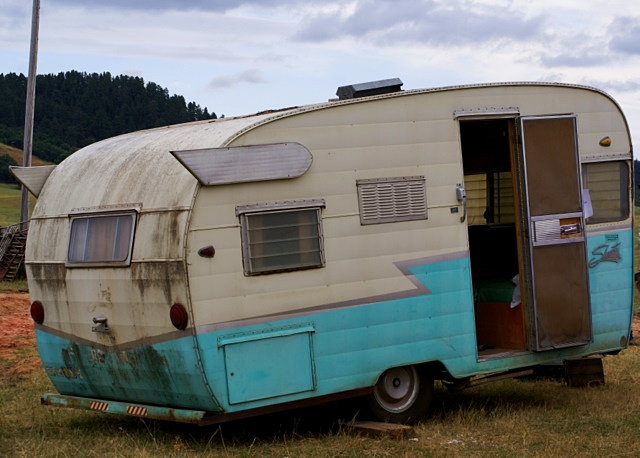 I should be quite content with my Sunshine biscuit tin. Yea …. but. 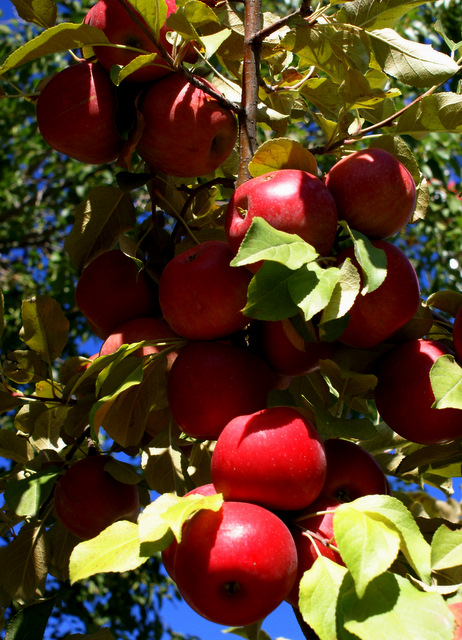 I’ve got my farmgirl picnic set ready for the outing (below). Now, if only I had a cute little trailer, we could make an overnighter out of the adventure.

Then, there’s this: my farmgirl pal, Michele, designed and made the cutest flower hats that look like black eyed susans or pink coneflowers. You can find the instructions in the upcoming issue of the MaryJanesFarm online edition of the sisterhood newsletter. The hat design covers three sizes: baby, child, adult. Another friend’s darling grand daughter was my model for the photos. If you love the paper MaryJanesFarm magazine, you’d love the online magazine. More of the same kind of wonderfulness … every month!! Go to the MJF connection webpage to subscribe. Get there by clicking on the banner at the top of this page.

When I went on my most recent visit to the farmer’s market, I had to stop at my favorite antique store too. I found a vintage shelf that matches my red table and cupboard. My tiny house is so lacking in storage and I needed an old cutie like this for my kitchen. Things I use are now handy. I lost some counter space in the deal, but exchanged it for going vertical. Good trade.

And, on the other side, did I show you the darling little cottage birdhouse that Michele made for me? She got the idea from her favorite book, Seven Gates Farm.

Well, I better go out and cover my tomatoes and carrots – it’ll surely frost tonight. Gotta pick carrots tomorrow and do something with them … maybe sweet pickles, yea. Maybe hang something fallish on the front door. Gourds I’m thinkin’… maybe indian corn. Do you feel revived at Falltime? Me too, let’s get out & get us some.