A Sunset and a Bear 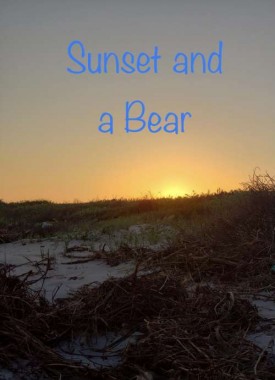 I first met Cindy in my early 20’s. My husband and I were newlyweds, and had just moved to Pennsylvania from Texas. Working in a big office building, I would run into the same woman from another office often each day. One day, she said, “You won’t see me for a week – I’m going home on vacation.” When I inquired where “home” was, she enthusiastically replied, “Texas!” We were instant friends from that moment.

We were inseparable. We once lived near each other in Texas, but never met, and in Pennsylvania, we lived ‘round the corner from one another. Weekdays, we spent lunch breaks together, usually eating at one another’s house. We never ran out of things to talk about, and often lost track of time. I’ll never forget being white-knuckled, hanging on for dear life to the handle of the car, as Cindy drove to get us both back to work on time.

Our husbands became friends. It isn’t easy finding friends as an adult, and it’s not always that couples are friends. We’d do fun things, like going out to eat, shopping, or to the movies. Cindy and I always liked the same films. If she recommended a movie, I knew I’d love it. We shared similar senses of humor, and inside jokes abounded! In Pennsylvania, we’d often get our hair done together after work. We were both once given trendy 90’s pixies, in a funny burgundy color-  not intentionally! We laughed about that for years. Cindy loved to accessorize, and always looked stylish. What we bonded over most, though, was our love for animals. She’d adopt any stray cat or dog that needed someone, and those animals would get the best of everything with a lifetime of love.

When my husband and I moved to Connecticut, Cindy and I vowed to stay friends, and we did. Eventually, she and her husband moved back to Texas. Once, in Dallas, Cindy was determined I’d see all the landmarks. Walking to the Book Depository, it was so hot that the bottom of my shoes literally melted!

She never had children of her own, but she was a great “Aunty”. My daughter instantly adored her, and Cindy adored her back.

Cindy and I always had long phone conversations, just like 1950s teenagers! When life got busy and we didn’t talk as often, catching up, we never missed a beat – picking up where we left off.  I’d tell her about Audrey and what was going on in Connecticut; she’d catch me up on things in Texas. She’d often tell me about her dear friend, April and fun things they would do. I never got to meet April but felt like I knew her.

Life being the way it is sometimes (not fair), Cindy lost her husband after an illness in 2019. Unfortunately, Cindy had been fighting cancer, as well.

She was fiercely independent and feisty, with a big personality to match her huge heart. Chatting on the phone, it was easy to forget she was fighting cancer. She seemed as bubbly as always.

This summer, I knew something was wrong. I felt it in my heart. Her illness grew stronger, and she’d received grim news. My dear friend had limited time.

Shortly after, she texted me very clear instructions that she wanted me to phone April, her beloved Texas friend. She said April knew I’d be calling, and because Cindy was easily tired, wanted me to get updates on her condition through April. That first time I spoke with April, it was like we were already friends. From that point on, we’d talk daily, or I’d get a text update on Cindy. Some days were good, others were not, and soon hospice was called in. Still, after work, April would come in daily and do whatever Cindy needed done. She was like Wonder Woman!

When Cindy grew too ill to be on her own, April had Cindy move in with her and her family. In the middle of a horrible year, in a pandemic, and with all the other ugliness going on, with people showing their worst sides at every turn – I witnessed amazing grace. April is a full-time working mom, with a young family. She’s not a nurse, but learned what she needed to do to help care for a terminally ill person – not an easy task. She did it without thinking, with love and selflessness.

I’m blessed. The weekend before Cindy passed away was the last time we spoke on the phone. I spoke to my friend, and we said our goodbyes. I have sweet April to thank for that. People don’t often get that. The last thing we said to each other was “I love you”, which was also the last text I’d received from her. When my friend passed, on the last sunny summer weekend, April was holding her hand. I’m thankful to count April as a friend, and looking back, I realize that Cindy knew what she was doing when she put us in contact with each other.

I don’t believe in coincidences. The week after, I was looking for an old photo for my daughter, but kept finding old notes and cards, sent from Cindy through the years.  I was then looking for something else, in a file drawer, when a piece of paper fell out of an old folder that I haven’t opened since the early 90’s. Picking it up, it was a typed letter, from Cindy. I once needed a reference for something, and she had sent one. In it was the line, “I consider Nicole to be one of my best friends.”

The week before what would have been Cindy’s birthday, a large box arrived. There was neon orange tape all over the box, instructing “Do Not Open Until October 10th”. 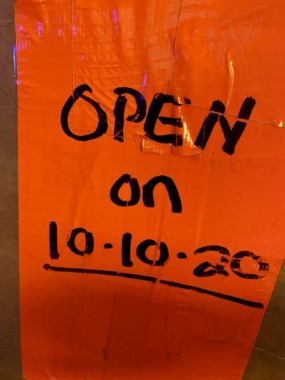 On that day, I put on an old movie in the background as I opened the box. It was one of Cindy’s favorites, a film that we had still often laughed about. As the theme song played, I opened the box with Audrey. 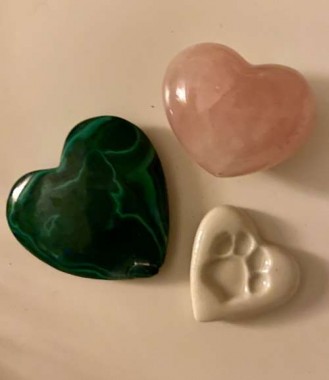 A heart for each of us.

Inside, were a few sentimental items, along with two large stuffed animals. One was an elephant, meant for Audrey. It had been Cindy’s. The other, was a huge bear. There was another smaller heart-shaped pillow. Both had been made from pajama fabric- Cindy’s favorites. A poem was included, about a loved one’s first birthday in Heaven. Before she passed, Cindy had planned this for her close friends, picking out special fabric for each piece. The two large animals were to be “big enough it would be like getting a hug”. One thing I sure do miss during these “Covid times” are hugs! My bear is “camper” color, with pink flamingos, and the smaller heart in a paw print, was meant for Audrey, so she “could take a piece of Cindy’s heart with her to college”.  All are scented with my dear friend’s signature perfume. 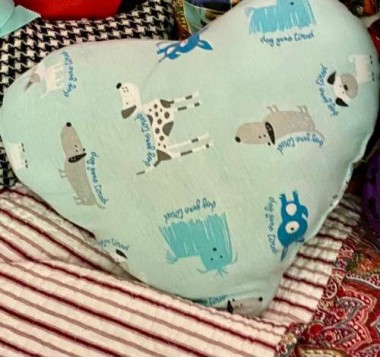 On that beautiful summer evening, Audrey and I stood tearfully on the deck, wishing Cindy a happy birthday in Heaven, hugging our animals while watching the beautiful sunset, while in Texas, Cindy’s close friends did the same at a memorial on Cindy’s favorite beach. 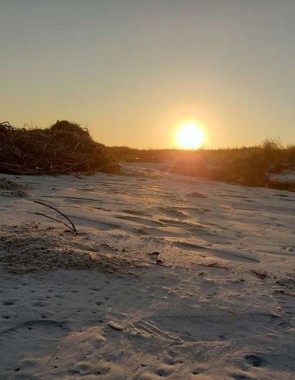 My friend Cindy was beautiful, inside and out. She had big, bright eyes and a huge heart to match. It shows what kind of a person she was, because in her last moments of life, she was busy thinking about others- worrying how we would feel. 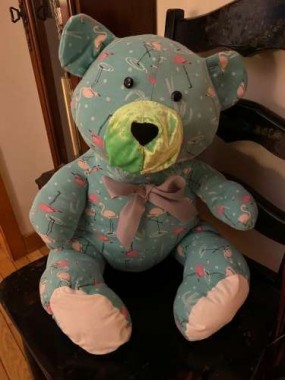 My bear sits in Cindy’s favorite room of my house. It is so very precious to me. The legs, hilariously, are sewn on backwards. I could take it apart and fix it, but I won’t- it makes me laugh out loud. Cindy always made me smile.

*This post is dedicated to my dear friend, Cindy. Almost thirty years is a long time to know someone, but it wasn’t nearly enough. I will miss you always; and to April- a true angel on Earth. You are proof that there is still so much good and love in the world. Love you both.

Until Next Time…Farmgirl Hugs (but still socially distanced),