It’s been over a month since the horrific tragedy in Newtown, CT.  All of us here are asked frequently “How are you doing?” I can’t speak for how the families of the victims are; they remain in my daily thoughts and prayers. The rest of us are healing, as a whole, with the help and love of so many from around the world. 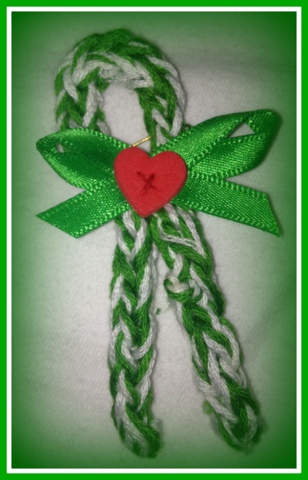 December was tough, as we were all shaken to the very core.  After that fateful Friday, traffic in town was bumper-to-bumper. A normal five-minute drive could take an hour, with almost every state represented in out-of-state license plates. Reporters were everywhere from all over the world. Crowds came, to pay respects or offer help. Not being far from Sandy Hook School, the first week we heard the constant noise of hovering helicopters. The one-week mark was excruciating. The world watched as town bells rang and a moment of silence was observed.  That morning, the weather was raw – grey, cold, and rainy with strong winds, as if Heaven was weeping with us.  By afternoon, the wind stopped, the clouds parted and the sun peeked out as if to say, “Things will get better.”

Most everyone I knew spent Christmas “hunkered down” at home with family.   Many free events were posted, and continue, to help our children smile.  In December, an event was organized for all Newtown children to come and pick out a special toy and do crafts with high school volunteers from upstate Connecticut and Rhode Island.  Santa and Mrs.Claus were there, as were therapy dogs.  Rows of tables held mountains of toys, games, and stuffed animals. Each child was given a big bag and told to fill it with whatever their heart desired. It seemed there wasn’t a single adult in the room with a dry eye.  Everything there was donated from someone, somewhere in the world.  The walls were decorated with drawings from students in Australia.  I was proud when my daughter said to a policeman from Wilton, Connecticut, “Thank you for keeping my school safe.”   It was the first time I saw her smile that week. 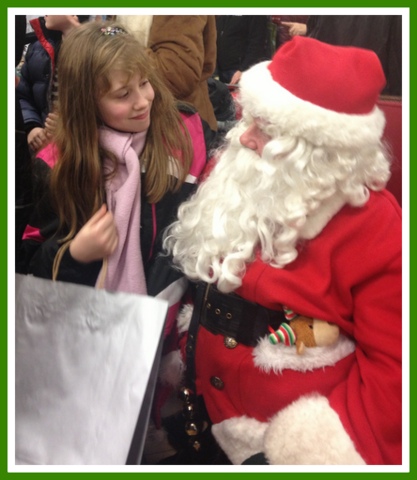 My daughter hasn’t visited with “Santa” for sometime, but that evening, she and her friends all were comforted by him.

We debated whether we should do our Christmas Eve tradition of an after-dinner drive to look at lights.  My daughter didn’t want to forgo this tradition, so we went for a short drive.  That night everyone lit 26 luminaries in their yards.  It was moving.  Newtown police were all given the day off on Christmas Day, as other towns’ forces worked their shifts.

“Twenty-Six Acts of Kindness” swept the nation, everyone reaching out to one another.  At our local grocery store, I came out to find a pink rose with a note from an anonymous stranger on my windshield. A rose was left on every car.  At a coffee shop, I went to pay but someone in New Orleans, Louisiana had pre-paid everyone’s order that day.  The same thing happened to friends at Panera Bread, and at other businesses throughout town. People from all over wanted to comfort Newtown.  It meant a lot to us.  Spreading comfort and happiness is contagious, and I love to “Pay-it-Forward”, (although it’s something Farmgirls regularly practice)!

Most of the media’s left, and memorials taken down, to someday be part of something permanent. When it was time for our kids to all go back to school, it was hard.  At my daughter’s school, therapy dogs made a giant difference, and a few still come each day at lunch.  I’m grateful to them and to our police, as the children have found comfort in their presence. 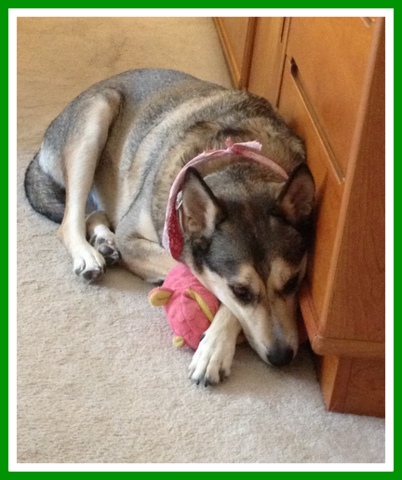 I snapped this photo the day my daughter returned to school after the holidays.  Even our fur-baby felt sad that day and clung to her “lovey”. 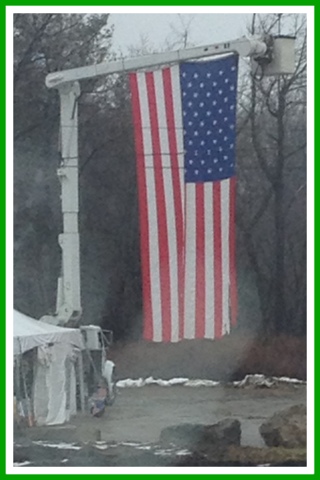 This memorial is still standing, the crane and flag owned by a local contractor.  Inside the heated tent are messages and stuffed animals, sent to our town by millions the world over.  The day we went inside, it was filled with fresh flowers from someone in France, and children received origami swans made by students in Pennsylvania.  Volunteers are always there, offering kinds words and hugs.

Recently, my daughter came home with a handmade pillowcase.  Each child at school was given one in memory of little Charlotte Bacon, whose older brother is a student.  In Charlotte’s memory, each child is now going to do something kind, as a way to honor her and pass on kindness. 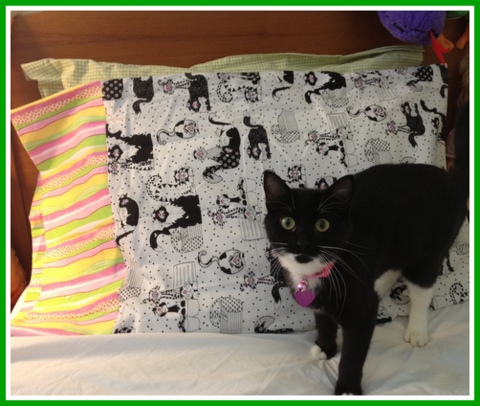 My daughter’s special pillowcase.  At home, it opened dialogue on ways to honor and remember lost ones.  (A quick  thanks to Mittens for agreeing to a “Where’s Waldo?” type pose). 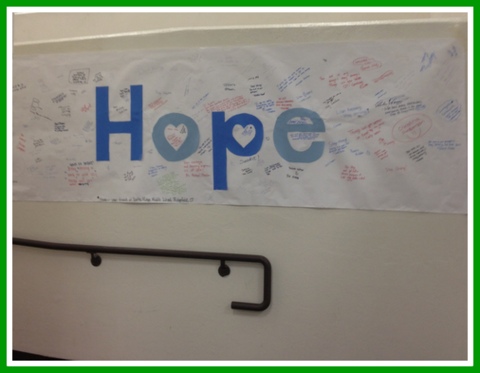 Murals like this, sent from other school districts, hang in our schools.

At my house we’re back to a “routine”, and after realizing that the last four weeks I’ve been more absent-minded (misplacing things, being forgetful), I’m making an effort not to “burn the candle at both ends”. I recently poured through a seed catalog, ordering some heirloom seeds, and am dreaming of spring gardening! Nothing’s more cathartic.

January 8th, when my daughter got off the bus, we noticed something hanging near our mailbox. It was a beautiful chime, hand-made of clay with a little brass bell at the end…a “Ben’s Bells”, https://bensbells.org/, made in Tucson, Arizona.  Ben was a little boy who passed away from sudden illness in 2002.  His parents make these in memory of their beloved son, hanging them for others to find as a reminder to be kind to one another. Their efforts are now national. That day, bells were left quietly and randomly in Newtown.  It’s helped lift our spirits. Those of us who found them won’t forget the feeling they brought, or their beautiful message. 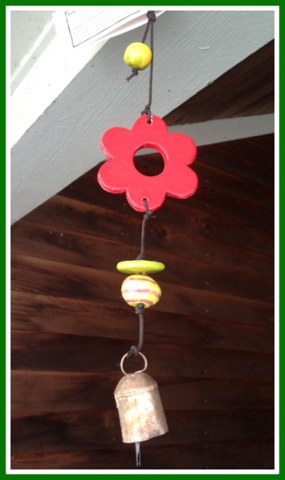 The Ben’s Bell that we found by our mailbox.  A beautiful reminder to be kind to others. 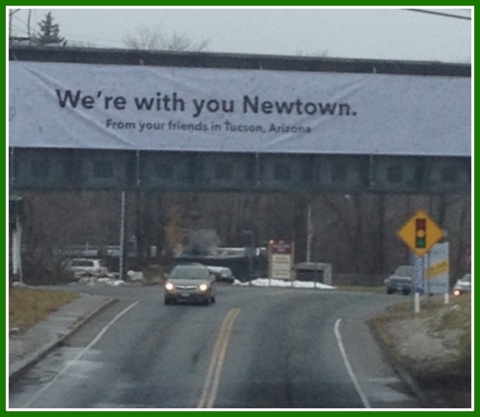 This mural hangs over a main road in town, with signatures from Tucson, AZ residents.

The messages of love received from the world have helped our hearts as we never forget, but heal and move forward.  We’re all connected. Kindness prevails. I’ve told my daughter that it was one evil person who caused the pain, but to think of the millions of good people who’ve prayed and reached out.