The best feature of my new rental house is one that didn’t even appear on my list of search requirements. (That would be the list that consisted of exactly three items, none of them aesthetic: enough bedrooms, in current school district, and affordable.) The bonus feature I now can’t live without?

END_OF_DOCUMENT_TOKEN_TO_BE_REPLACED

Cozy Clutter or a Place for Everything?

What’s your decorating style (besides, I bet for most of us here, country chic)? Mine, historically, has been lackadaisical. Or as my mom liked to say, “lived in.” Having lived for 23 years with someone who had stronger stylistic preferences, these tended to influence the overall look. Now I’ve moved into my own rental house — just this past week and yes, I can still hear the rrrrrripping of packing tape on cardboard box in my sleep — I’ve had to figure out what goes where “all by self.”

It’s been fun. (Excepting the complete exhaustion…funny aside here about the effects of my sleep deprivation!)

As I’ve positioned furniture and filled shelves and drawers, it strikes me that that there are two camps of housemakers:

END_OF_DOCUMENT_TOKEN_TO_BE_REPLACED 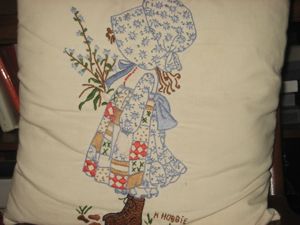