Okay Farmgirls, election season is over! I, for one, feel a bit bittersweet about this sudden drop in constant, politically driven anxiety. I’ve told myself over the last few presidential elections that it’s just politics. It doesn’t really matter in the grand scheme of things. But, you know what? It does matter right now, and it will matter for the next four years. 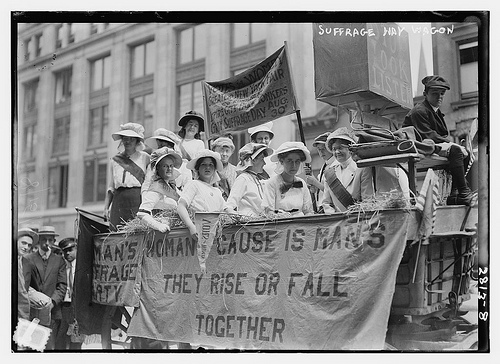 Women’s Suffrage Hay Wagon. Thank you AMAZING women for fighting for our right to vote! ca. 1910-1915

I will admit, I am one of those fairly annoying, probably too vocal, pseudo-intellectual, has a fraction of a fraction of political knowledge friends. I get riled up really easily, and I can play the mean girl card when making fun of people I don’t know….politicians are easy targets. With that said–the election is OVER! No more obnoxious Facebook posts, no pore political ads (I’m so happy we don’t have a television!), no more e-mails, no more phone calls, no more yard signs.

When I was preparing to write this blog post, I had major mental road blocks. MJF is not the place for political ramblings…but nearly all of my attention over the last two weeks has been towards the election, school, teaching, and candy. Then it hit me…My biggest battle in the coming months will be with: candy.

While the battleground that I am fighting to take control of isn’t nearly the same as Ohio or Florida, I feel like there may be some metaphoric similarities if we dig deep enough. So, I’m sticking with it. My battle ground consists of four key players: 1) my innate human preferences, 2) my food guilt conscience, 3) mass produced chocolate covered goodness, and 4) any food that isn’t covered in chocolate. These four players work with and against each other in so many ways…will there be a winner? Or will we be recounting until the New Year? 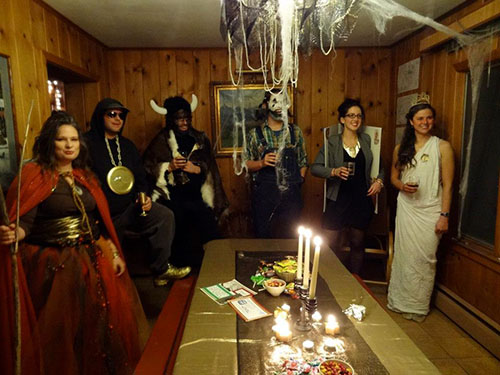 Last week was Halloween, one of the best holidays out there. I teach 2nd grade home-schooled students three days per week, and they are generally pretty awesome kids. However, when Halloween rolls around…kids go CRAZY. Like, INSANE. I don’t know if it’s the candy, or the time of the year, or the anticipation of snow, or what; but their minds and behaviors have shifted. A large part of me thinks that it might be correlated to the fact that we are losing more than five minutes of daylight per day–but that’s a whole new bag of worms. Anyhow, they are whacko.

For the whole nine weeks of school so far, we’ve been learning all about food. We’ve gone through the food groups, we hiked to a farm and milked a cow, we harvested carrots, and all sorts of fun things. The day after Halloween last week, we learned about why junk food is called junk food! First, we made a list of the foods that the kids had eaten the previous day on the blackboard. It went something like this: “Candy, candy, dinner, nothing but candy, skittles, candy, apple cider, lunch and dinner!, candy.” We then went on to act out how different diets affect us. An all candy diet causes us to act all spazzy and then crash, a diet of only celery and apples doesn’t give us very much energy, and a balanced diet with all of the food groups gives us sustained energy. It was hilarious. They liked the candy diet the most.

It turns out that most of us like the candy diet the most, at least in the moment. Just like politics matter right now, candy feels so good right now. Similarly, just like candy gives us a lot of energy for a short amount of time before we crash, some politicians do the same thing. As humans, that is what we crave. We want that sugar push to allow us to hunt down the best mastodon. We want that quick fix for a lagging economy. We want something that is seemingly good for me and for my survival in the moment. But then, something happens.

Our food guilt chimes in. I bet if this food guilt was made into one of those shoulder angels, it would look like Richard Simmons. It would say: “Hey! don’t eat that fun size candy bar! You could eat a carrot, a slice of whole wheat toast and an apple for the same amount of calories and twice the nutrients!” And then the other shoulder angel, who might look something like Paula Dean, would say, “But this fun size candy bar is so convenient, and so delicious, and it’s right here, in your hand.” Then, I would proceed to eat the candy…and then another, and probably another…mere hours after teaching seven year olds about the merits of a balanced diet. Pathetic. 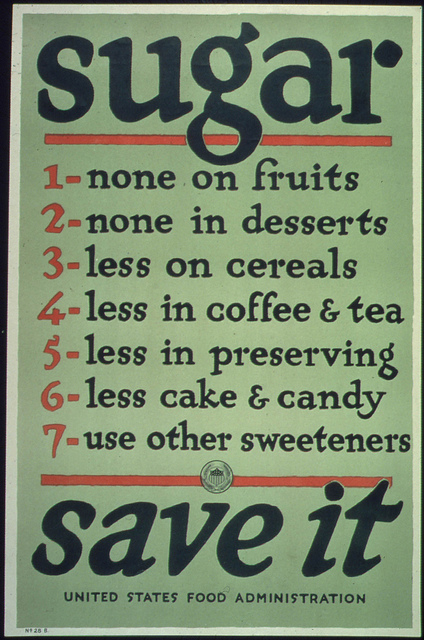 A WWI Sugar Ration Poster circa 1917. The advice is relevant today for different reasons!

Then, finally, my jeans don’t fit like they used to. My energy is sporadic. I crave spinach. The bags of Halloween candy are depleted. I buy veggies and eat a nice salad. I remember the joy of biting into a juicy, crunchy apple. The Halloween induced candy binge is over. I avoid even looking at candy displays at the super market. I vow to only eat home made junk food. That is, at least until the next candy-centric holiday.

Fellow Farmgirls, I hope you have allowed a bit more sweets than usual in your diet this past week! We all deserve it sometimes. Candy and sweets are such simple joys when eaten sparingly. With the Halloween candy season over, maybe it will be smooth sailing until Holiday cookies make their first appearance…