{sorry for the delay, friends!  Technical difficulties on my end…}

Perhaps, like me, you thought that bone broth was SO 2014.  Well, apparently it was, but it continues to be uber cool garnering adoration from the New York Times, trendy diet fads and new best selling books.  It isn’t really a new thing though—folks have been making bone broth since prehistoric times. 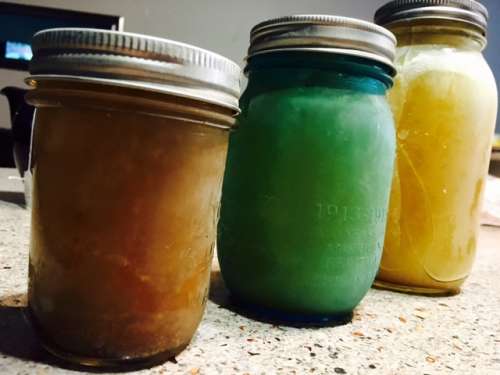 Bone, fish (in a blue jar) and turkey broth

This post isn’t just about bone broth (I think I’ve written about it before, alas new mom brain isn’t finding the post it’s about all broths!  I love broths.  They are delicious, nutritious and relatively easy to make and use.  I make about one batch of some type of broth per month: chicken, vegetable, mushroom, fish, beef, bone (any and all bones go in my bone broth), etc.  My most recent endeavor was into chicken feet broth.  It is amazing stuff: super gelatinous, and full of good things like trace minerals, collagen, and amino acids. 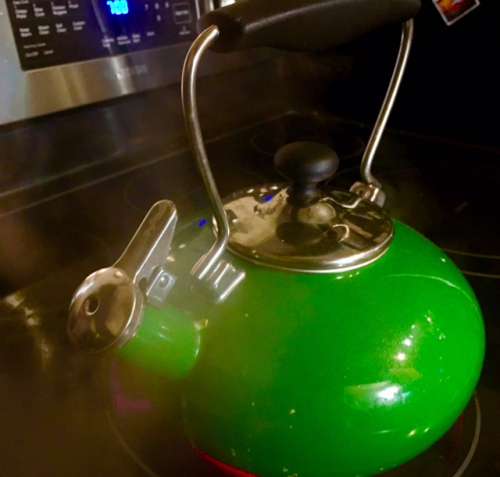 Before broth happens, water must be put on for tea!

Broths are good for the body and the soul.  Bone broths can promote gut healing.  Chicken broths have cold fighting properties.  Fish broth provides iodine.  All broths, in my opinion, are delicious and nourishing.

I have been consuming a lot of broth—mainly chicken, turkey and bone broths with miso paste added to taste (I don’t salt any of my broths).  I often add in diced garlic (antibiotic), an inch of ginger root (anti inflammatory) and paprika or cayenne (helps spike the heat to help break a fever if needed or clear sinuses).  Broths, especially chicken broth, is fed to postpartum women in many traditional cultures.  The collagen, vitamins and minerals in broth are believed to help with the tremendous healing that takes place after such a huge event as child birth.  I know that my skin and body feel much better after consuming broths regularly.  I am also convinced that I have beaten mastitis twice through the diligent consumption of miso and garlic spiked broths.  I had mastitis right before Ava’s birthday and recovered without antibiotics—I recovered by using what women have been using for eons: potato poultices, nourishing broths, echinacea, a lot of naps and, of course, terribly sappy rom-coms. 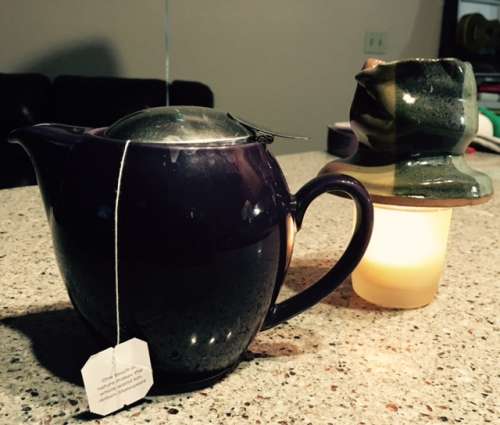 Tea is good for the soul, too. It is also a great beverage to accompany the lackadaisical methods that broths require.

Recently I heard or saw or someone told me (??? again with the sleep deprived mom brain thing…I feel like I heard it on NPR; but i haven’t really been listening to the radio much, so who knows?) about the soup diet fad that is happening. I guess it has replaced the juice cleanses of the early 2010’s. The women who were discussing the soup said it was like a juice cleanse but without the sugar and with more beneficial nutrients like fiber and healthy fats.  There are even companies that will deliver various soups to your home—just heat and replace a meal with soup!  Now, I’m not one to jump on a fad diet bandwagon, but I’d like to think that all of us soup lovers were way ahead of the curve.  On some days I’ll eat soup for two meals!  Lately, one of my favorite breakfasts is egg drop soup.  I just bring whatever leftover soup I have (chicken barley, tofu/zucchini in fish broth, minestrone) to a low boil, drop in an egg and turn off the heat.  Voila! breakfast of champions.

There is also a new book called The Bone Broth Diet which claims that regular consumption of bone broth can help get rid of wrinkles while you lose weight.  From what I’ve heard you lose weight because you’re restricting calories by fasting and only consuming bone broth for one day a week and then replacing one meal per day with broth (at least I think that’s what I heard during an interview with the author…again, mom brain).  So yeah, of course you’re going to lose weight.  The author also went on to tout the other benefits of introducing broths into the diet, which I think trump the weight loss!  However, losing inches is more likely to entice people to buy your book than claims to improve gut health. 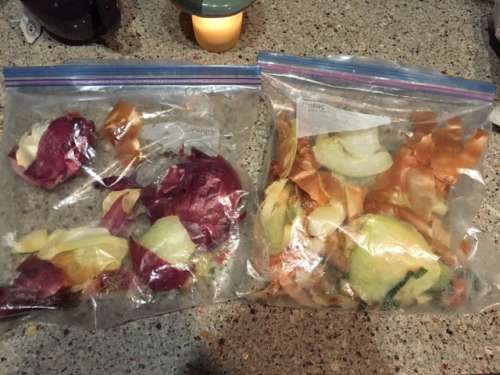 Finally, the best thing about broths is that they are so freaking easy to make with food scraps that many people throw away or compost (and the scraps can be composted after simmering with even greater success!).  I save pretty much every scrap from everything: vegetable peels, carrot tops, kale stems, garlic skin, shrimp shells, fish bones, poultry carcasses, mushrooms that are about to go, gnawed on drumsticks, lobster shells—eveyrthing!  and I place them in plastic bags in the freezer.  Then, when it’s time to make broth I grab a bag of veggie scraps and a bag of whatever kind of broth I need or want.  I put it all in a big pot and fill with water until it is all covered.  I then add a splash of apple cider vinegar and a good amount of turmeric (probably about a tablespoon per gallon of water).  The vinegar helps break down the scraps so all of the yummy nutrients have a chance to leach out into the liquid; and the turmeric adds flavor, color and further benefits (antioxidant, anti inflammatory and some even say antidepressant!) to the broth.  Bring it all to a boil, lower the heat and let it simmer away.  I stir it every once in a while and skim off any impurities that bubble to the surface.  I let it simmer for a long time—about four hours for chicken, fish, vegetable and mushroom broth and more than 24 hours total (I’ll do it in big chunks of 5-6 hours at a time) for bone broth. Oh!  I also keep the bones that are used for “regular” broths for when I make big batches of bone broth (I only make bone broth two or three times per year because it takes so long).  Then, I freeze or pressure can the broths (after they have been strained through a fine sieve, of course). 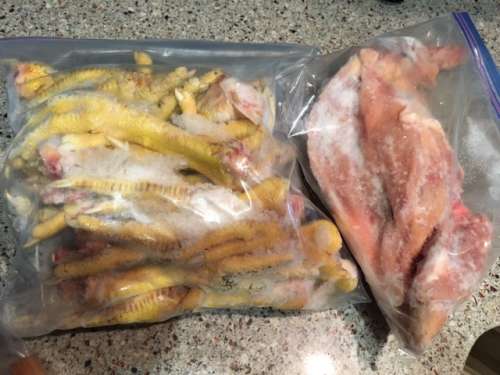 Chicken feet (from our chickens!) and the leftover carcass of a chicken I broke down (also one of our chickens–they are SO tasty and make excellent broth).

It is so convenient to have my own stash of broths—no need to buy the boxed stuff while also using as much of the food that I buy and/or grow as possible.  It’s a win/win, really.  Do you make broths?  Any other tricks you can share with us? 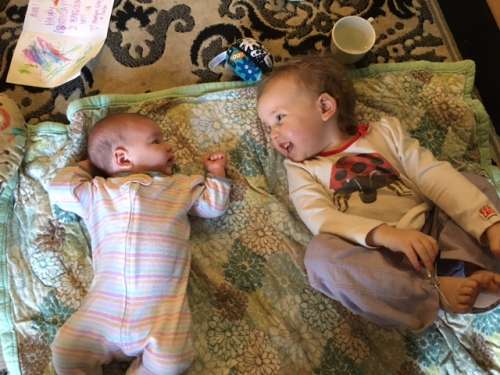 Cute pic of my co-conspirators for good measure.

Until next time, stay nourished and warm through these last weeks of winter,

p.s. I recently heard that you should only freeze broths in straight necked jars (if using glass).  I thought this was baloney because I’ve been using any jar I could find for years without any problem.  Alas, when I went to grab a jar of turkey broth today one of the small-mouthed quart jars had cracked!