“A family is a unit composed not only of children but of men, women, an occasional animal, and the common cold.” ~Ogden Nash

It all started on New Year’s Eve.  I saw her, I hugged her, I knew immediately that Ava was going to get what she had (and by the law of being a mom to a sick baby, I would be soon to follow).  She is my adorable, amazing, miraculous little niece, CJ.  She had just gotten tubes put in her ears that morning, so I asked her how she was feeling.  I got a full on thumbs down!  Then, I heard it, the Crud. 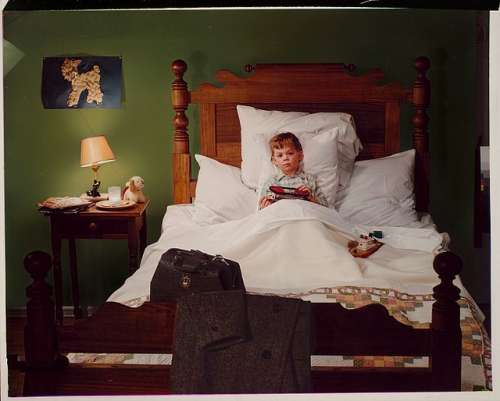 Bed is the best place to be when feeling unwell. Photo courtesy of George Eastman House by Nikolas Muray ca. 1935

You can’t deny hearing the Crud.  It is the nasally, congested, raspy, I-can’t-escape-the-sound-of-my-own-breathing voice of a sick loved one or normally friendly service industry worker.

You can’t deny seeing the Crud.  It is the watery eyed, red nosed, chapped lipped, muted demeanor of the friend with used Kleenex clutched in one hand or the guy in the car next to you coughing into the crook of his arm.

And you can’t deny feeling the Crud.  It starts with a little tingling, maybe in your throat, maybe right above your soft palate.  Maybe it’s just a little runny nose or a slight cough. Could it just bit a little environmental irritation?  Maybe I was petting the dog too much or the wind kicked up some dust…Nope.  It’s not.  It’s the Crud.  You’ve got it and you can’t deny it!  Worst of all…Once it finds you, it’s very hard to escape it unscathed.

{Aside}: My left ear just cleared, and the sound of the wind outside has never sounded so sweet.

Today I’m on day five of the Crud and Ava is on day eight.  We are both nearly over it, but it has been a long several days.  We stocked up on tissues and had fun picking out stylish box designs.  We cuddled a lot.  We’ve slept a bunch. We’ve eaten a lot of soup.  My mom always called matzo ball soup “Jewish Penicillin,” so we did our best to imitate this Jewish classic.  I don’t have any matzo meal, so I didn’t even attempt to make the balls, but I did make a nourishing soup of chicken broth (with the fat so no schmaltz needed!), bone broth, sweet potatoes, carrots, ginger, kale, miso, onions, garlic, quinoa and barley.  We even ate a few servings egg drop style.  So, all of the ingredients (plus some other goodies) of a good matzo ball soup–perhaps just served in an avante-garde “deconstructed” manner. 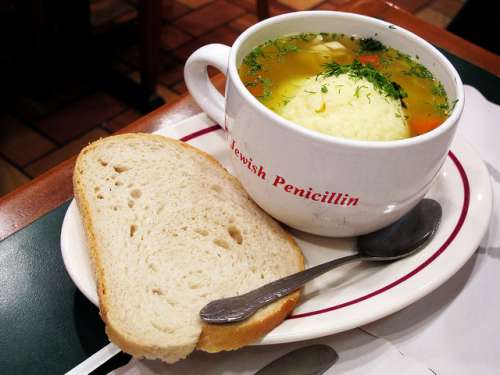 I am not apologetic or regretful of my trust in medicine.  I know and have read a lot of the research about letting our bodies fight off illness and waiting to use drugs to treat ailments and the steady rise in antibiotic resistant bacteria.  And I know that it’s kind of socially irresponsible to parade your germs around even when you know you’re sick…but I love that medicine helps me function fairly well despite being sick.  It’s hard to take that much needed rest, sometimes, you know? In the past, I would have taken this sick time time to just float along on a nice daily cocktail of various ‘quils and some hefty doses of ibuprofen.  After a few days, if my sinuses felt like they were packed full of hardening cement I’d weasel my way into an antibiotic prescription and feel better pretty quickly.

But now I’m nursing, and I want to expose Ava to as little of that stuff as possible.  Plus it would probably mess with my supply (I took Benadryl once and it was not good).  Furthermore, I don’t have to be especially productive, friendly or attractive for a job.  So, I’m just being sick and letting my body get over it on its own with some non-traditional-medicine support.

{Aside}: My right ear just popped, too!  Sweet relief!

Ava’s Crud was worse than mine and thankfully we were in Minnesota at my mom’s place during the thick of it.  We spent several mornings and evenings in the bathroom with a hot shower running.  Oh the power of steam!  If only I could waste hot water all day…The only thing I wish I had to pair with the steam would be some essential oils or herbs to put in the bath water.  Once we got back to Alaska I did some hot steam treatments myself just using a sauce pan and some herbs (rosemary and lavender) on the stove.  It provides instant, if not lasting, comfort. 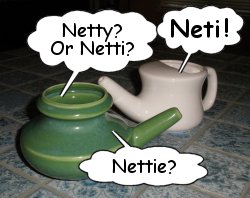 I also love using a neti pot when I’m congested.  The saline solution soothes my sinus passages, and breaks up a lot of the Crud!  If you have never used a neti pot, I highly recommend using one when your sinuses are bothered.  I come from a long line of thin nosed people, and we all have too many sinus issues.  The ayurvedic practice of using a neti pot has been one of the best health tools I’ve come across.

Finally, hydration has been my number one priority.  I’ve finally started to get serious about drinking a big glass of warm lemon water upon waking up (this helps multiple ways–it boosts vitamin C, it aids digestion, it alkalizes the body and it helps with the absorption of other helpful vitamins and minerals).  I’ve also been drinking lots of good teas–echinacea, chamomile, nettle, fenugreek, licorice root and lavender.  If nothing else, the heat and fragrance is incredibly soothing to me both physically and mentally. 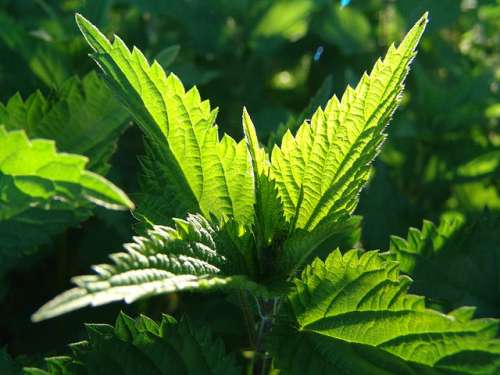 It appears that all of my remedies are hydrocentric, but there are some others that I might turn to if our symptoms persist.  Elderberry syrup is said to work wonders for cold symptoms and it isn’t too hard to make, from what I remember.  I’ve also read that applying slices of onions and/or garlic to the soles of your feet while sleeping really helps…You just slather some olive oil on your feet, lay them on the soles, and put on some socks to hold the slices in place.  Apparently these alliums pull toxins from the body and promote healing. I’m very interested in (and fairly skeptical of) this remedy…but I think the yurt is too small of a space to attempt such a stinky charade.  Perhaps if the Crud sticks around for another two days I’ll give it a go.  I guess if the whole family was sick enough none of us would be able to smell our attempts to get better?

While my Kleenex supplies slowly dwindles I’ll eagerly await any foolproof, no-fail ways to combat the common cold.  Share your drug free remedies with us!  There are definitely more colds and flus to be had this season.

Until next time, Farmgirls, may you and yours escape the Crud!

Sending Peace and Love from AK,