May We Be Them

“For most of history, Anonymous was a woman.” ~Virginia Woolf

Fall!  A time for root vegetables, sweaters, back-to-school and chopping wood.  For me, it’s also a time for action!  I find that as I struggle with balancing the end of summer fervor with the panic of preparing for the impending winter that my thoughts go into overdrive.  My mind is keen to overthink and analyze, and lately I’ve been noticing debates about feminism all over the place.  These thoughts have been swimming around in my head for a few weeks now, but they don’t seem to be getting any more organized.  So, try to stick with me and share your thoughts, too! 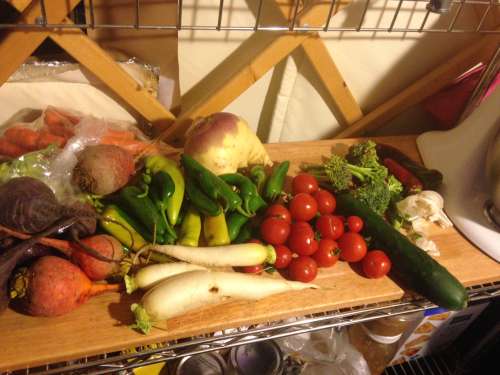 Feminism has been a hot topic since women dared to prove that they are, indeed, people.  The basic dictionary definition of feminism is: “The belief that men and women should have equal rights and opportunities.”  I am not extremely well versed in feminist theory, philosophy or perspective, but I do know English.  Looking at this definition, feminism is amazingly straightforward.  I could even say that every person I know is a feminist. 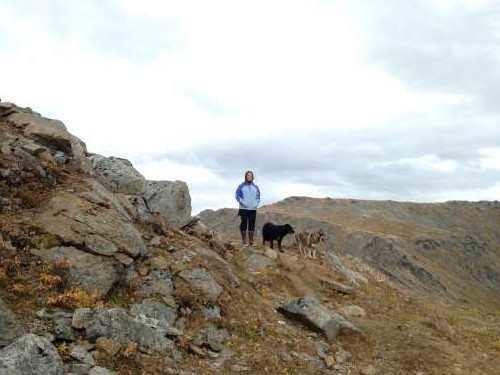 This is what a feminist looks like: Hiking in the tundra

There are hashtags like #thisiswhatafeministlookslike that show every day men and women showing their support for equal rights.  The UN has launched their #heforshe campaign to encourage boys and men to support gender equality.  Both male and female celebrities have revealed their feminist ideologies on social media.  However, the word “feminist” has been conflated by many people into something that is not feminism.  There continues to be a gross misunderstanding of what feminism is at its most basic form–gender equality.  This misunderstanding is most readily apparent when looking at the trend of #womenagainstfeminism.  Please do an internet search for the last one–the results are troubling.  So, so, so many of the women and girls who purport to be against feminism do not understand what the theory even is!  Their reasons are faulty for two main reasons: 1) They think women’s oppression doesn’t exist because they personally haven’t experienced it and 2) they seem to think that feminism is inherently anti-male (which is actually sexism, not feminism).

Feminism is not (and never has been) a man-hating, gender-neutralizing, pretty-girl-in-make-up-judging, “traditional”-role-condemning theory.  Sure, there are people who identify as feminists who embrace these beliefs, but those are not feminist beliefs.  Just as one vegetarian might also advocate for animal rights, it does not mean that all vegetarians are animal rights activists. A true feminist does not call for the superiority of women over men or the damning of men’s actions based on feminism, these views come from another place.  A base feminist doesn’t think that men should become more feminine or that males and females have the same physical capabilities.  Feminism is not an anecdotal movement. 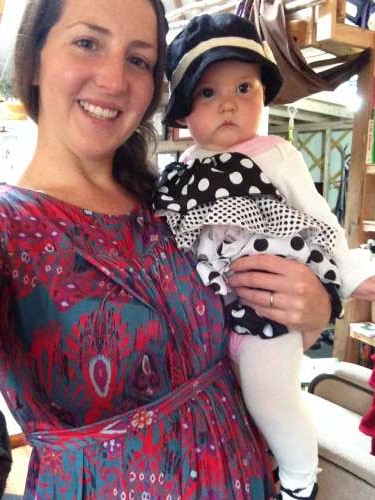 This is what a feminist looks like: Dressing up when we want to

Feminism does call for the ability of women to pursue whatever roles in life they want to pursue and that they should get equal pay as a man doing the same job.  It also asks us to question how and why societies are really constructed they ways they are. Feminism is a global theory. 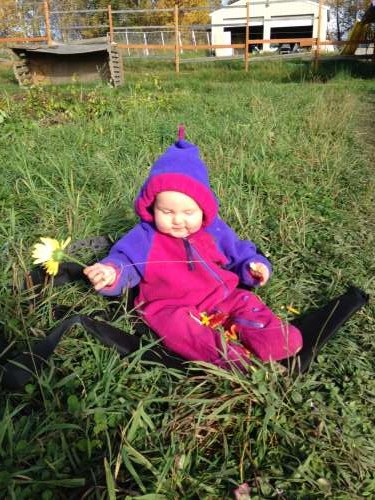 This is what a feminist looks like: Being able to bring my baby to work with me!

We are not static beings, us humans.  It is okay for our thoughts and opinions to change.  Although some may see shifts in beliefs as a weakness, I believe that it takes strength to acknowledge new (or illuminated) information and admit a change in perspective.

Most recently, I’ve been mulling over the oppressor/oppressed relationship.  As a woman, I am part of a locally and globally oppressed people. Even though I do not feel personally subordinated on a daily basis, I know that there are millions of women in our country and abroad who are not treated, hired, paid or recognized as equal to men. Furthermore, there are systemized, every day occurrences of oppression and gender inequality that I am most likely not aware of.  As a Caucasian, able, middle class American I am also part of other groups of oppressors.  Even though I do not personally or explicitly subjugate others, I am part of a group of people that do.  As a part of that group, I have the responsibility to help reverse that subjugation.  While I cannot speak to the experiences of the oppressed (just as a man cannot speak to the experiences of a woman), I can advocate for them (just as male feminists advocate for us). 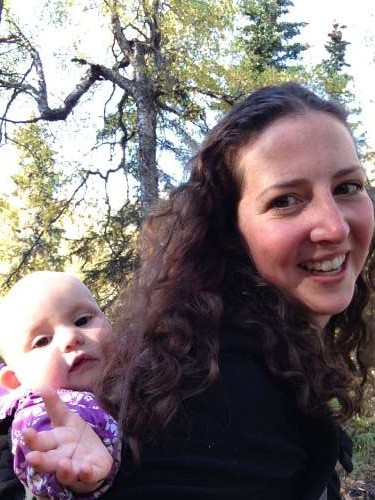 This is what a feminist looks like: Walking with my baby in the woods

As a woman in agriculture, I’ve experienced and observed my share of passive sexism.  Just last week the female farmer I work for experienced it firsthand.  A small group of people came to visit the farm while we were harvesting.  They were chatting with her about the operation and all was peachy.  However, as soon as the farmer’s husband appeared (he is not the farmer, here, she is!) they immediately turned to him and ignored the farmer!  Other female farmers I know experience this quite often–it is assumed that their husbands are the primary farmers and they are just the market face of the farm.  The grievances that racial minority women (and men) face in agriculture are also many, many fold, and they are often tied with environmental concerns. 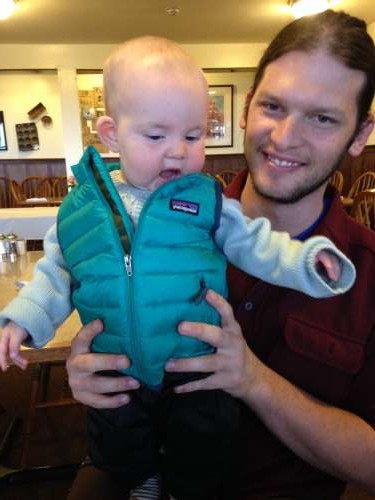 This is what a feminist looks like: A dad enjoying time with his children

One of the more ridiculous parts about these assumptions is that small-scale agriculture has historically been female and minority-driven (mostly out of necessity).  However, like other female dominated jobs this made it but a speck on the records of history.  The stereotype of the male farmer rose with the growth of large-scale commodified agriculture and the institution of huge farming equipment, huge tracts of land and huge government subsidies.  These developments also lead to changes in agricultural education, with the result being education and agricultural systems that have been created for and by men.  This makes it easier to understand how and why agriculture became a male dominated profession.  It is an easily apparent example of how systemized patriarchy can develop and remain pervasive.  While it isn’t present day society’s fault that agriculture has been male-dominated for decades, we must have the knowledge and tools available to recognize how it has come to be that way. 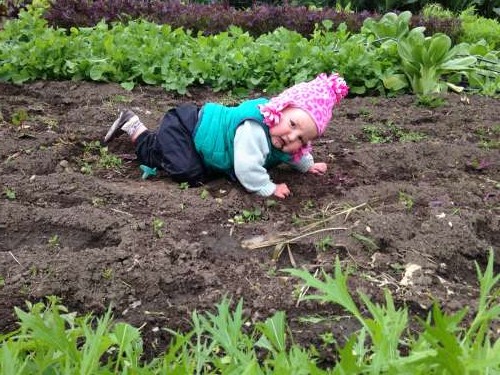 This is what a feminist looks like: Getting dirty

The physical differences between men and women are often highlighted in agricultural endeavors.  It is hard to deny that it is easier for a man to move a bale of hay or sit more comfortably in a giant tractor–but aren’t these just further examples of how the industry is systematically male-driven?  Women probably need to learn different methods to perform some of the same duties as men, and that should not be a deterrent to women entering the field of agriculture.  Instead it should be a strong call for more women to help develop the range of “proper” techniques and agricultural methods.  This doesn’t make women lesser–it makes them different.  There is definitely room in society for men and women to be different while also being equal. 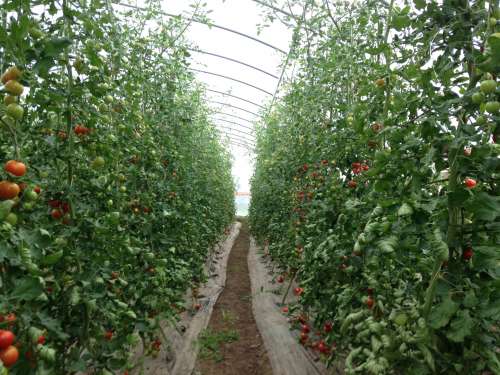 This is what feminism can do: Grow amazing tomatoes

While I am not arguing for the total overhaul of agriculture and agricultural education, the continued advancement of women in positions of leadership is necessary.  It is through equal opportunities for women to educate, be educated and have equal voices in policy as their male counterparts that true gender equality will be achieved.

I first recognized that I was a feminist through a women’s studies class in university.  The professor shared the basic definition of feminism, and I realized then that I had always been a feminist and that nearly every person I knew was one, too.  I didn’t think it was really a choice to be made–like, say, a political ideology–it’s something that you either are or aren’t based on your beliefs. 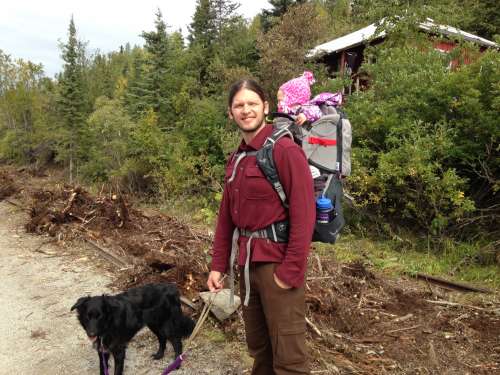 This is what a feminist looks like: Both men and women changing and normalizing new gender roles

At this time, I began to question some of the social “norms” for women–why do I feel like I have to shave my legs and armpits?  Do I have to burn bras to be a feminist? how did it come to be that skirts are for women and not men?  should I indulge my niece’s love of pink girly things? These cosmetic questions grew more complex–How will succumbing to gender specific clothing and toys affect my infant daughter?  Is it okay for me to choose raising my child over my career aspirations (and would this even be a choice I’d have to make if our society wasn’t rooted in patriarchy)?  Is embracing feminine qualities anti-feminist? Does being SO sick of pink everything that I could puke have anything to do with feminism at all?  How has our society been created by and for men and can that shift?  Is it possible for women to be truly equal? 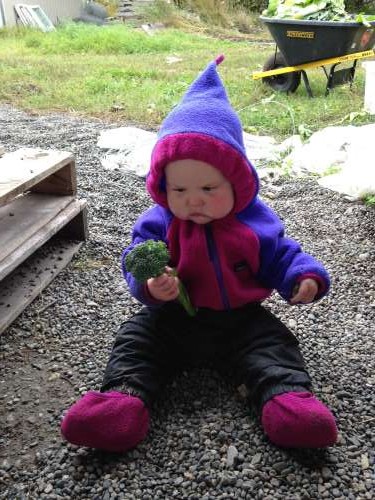 Life can get even more confusing than broccoli, little one.

It gets a bit heady for me at times, and these questions don’t even dig into the deep of it.  I’m not a feminist philosopher and I’ve tried for a long time to sift through the many facets of sex and gender identity (sorry if I’ve grossly misused male/female, man/woman…it’s hard for me to keep it all straight, but I hope you understand that I’m trying).  I do know, however, that I am a strong woman, and that MaryJanesFarm is a place to celebrate the strength, intelligence, beauty, history and future of women.  As part of this legacy, I’m going to make it one of my goals to help clarify what feminism really is and (perhaps more importantly) what it isn’t. 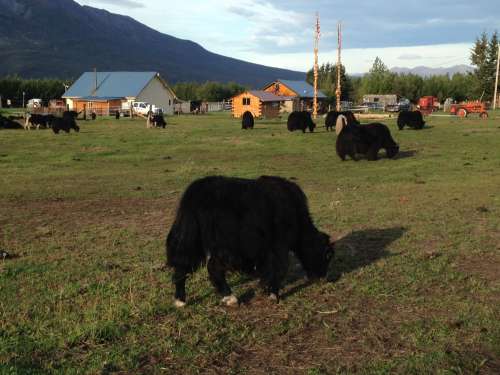 A picture of some yaks, for good measure.

As for now, I’m following the wise words of this bumper sticker: “I’ll be post-feminist in the post-patriarchy.”  Here’s to strong women (and men)!

With that, I’m diving back into the hecticness of fall–because I’m a woman and I can, darnit! 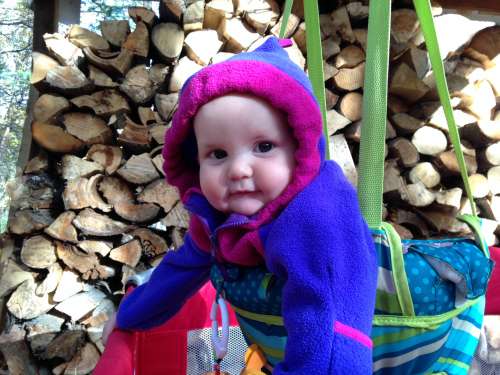 This is what a feminist looks like: helping with the ever growing pile of wood to keep us warm this winter.

Sending you peace and love from Alaska,