What’s in a Name?

I’ve been thinking about farm names.  One day I’ll have a farm, and I want it to have the perfect name, of course.  Maybe it’s kind of like a group of musicians trying to pick out a band name, or maybe like an entrepreneur crafting the perfect name for a new business endeavor. Maybe it’s like picking a name for a new baby–sometimes the name has been chosen for years before the child is born, sometimes it takes a few days to know the baby before the perfect name arises.  I bet choosing a farm name comes in many different forms as well–how do farmers come up with them? What is the significance behind a name? 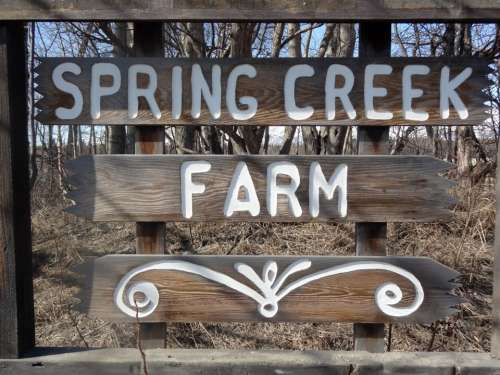 Welcoming sign for visitors at Spring Creek Farm in alaska

Recently, I asked my partner, “What was the name of your family’s farm?”  He replied that his farm didn’t have a proper name that he knew of, it was just known as the Pederson Farm.  It probably had a name for tax purposes, but he didn’t even know it, let alone other folks in the area.  I guess the idea that farms have names beyond the family name was kind of odd to him.  However, with the rise of small farming operations and niche operations, there seems to be a growing number of wonderfully named farms.

The name a farmer chooses for her farm is very important.  It is the first step in marketing her produce and in gaining familiarity in her community. I think this would make a very interesting research project, but I’ve just done minimal internet research into the naming game.

First, farmers choose if they want their farm to be identified as “farm,” “ranch,” “gardens,” or “acres” among others.  These are the predominant defining words for these farms.  Next, farmers describe their chosen tract of land with a few options:

Many farms, like Evan’s family’s Pederson farm, are named after the current family operating the farm or perhaps the historical owners of the land the farm is on.  Spring Creek Farm that I worked on for a while is also known as the Kellogg Farm because of historical ownership.  This seems like the easiest naming method.  It seems to work best if you have a distinctive and easy to pronounce surname.  Wilson Farm? Maybe a bit boring…Blaszkiewicz Farm? a bit hard to say.  Mary Jane’s Farm?  Perfect.

This one is easy, too.  Chugach Farms in Alaska is named after the mountain range it lies in the heart of.  Talkeetna Grown CSA is in the town of Talkeetna, Alaska.  Gardens of Eagan in Eagan, Minnesota made great use of their city’s name in their clever title. Driftless Organics in Wisconsin is aptly named after the Driftless Area of Wisconsin.

In this category, water sources seem to dominate: Spring Creek Farm and Little Sugar River Farm are named after bodies of water that are on or near the farm property.  When perusing through list of Wisconsin Farms, quite a few of them were named after creeks, rivers and ponds. 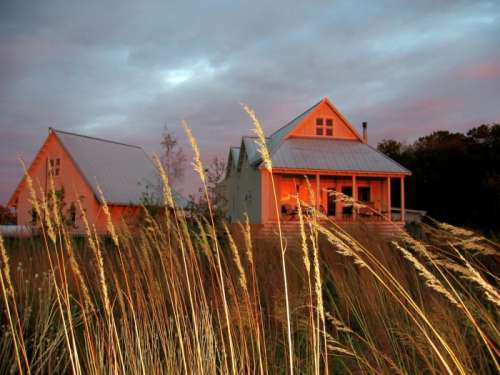 This method of naming creates some really fun names.  Many of you have probably heard of Dancing Rabbit Ecovillage in Missouri, what a fun-loving epithet!  What about Emerald Meadows Family Farm or Misty Meadows Dairy both in Wisconsin?  They are such a lovely and inviting names… My friend’s Brown Dog Farm is named after her brown dog, Oliver.  Arctic Organics Farm in Alaska doesn’t need any explanation!

Calypso Farm, Amitaba Gardens, Pioneer Produce, Sun Circle Farm–where are these from?  Amitaba refers to a Buddha in one sect of Buddhism.  Calypso could refer to several things: the nymph in The Iliad, Trinidadian music or maybe the flower.  I’m not sure.  The farmer at Pioneer Produce didn’t choose the name, the land came with the name.  It probably refers to the large number of homesteaders that came to Alaska.  Sun Circle Farm refers to the sun circling overhead during the height of summer.  These names seem to hold special meaning for the operators, yet remain memorable and easy to say for customers. 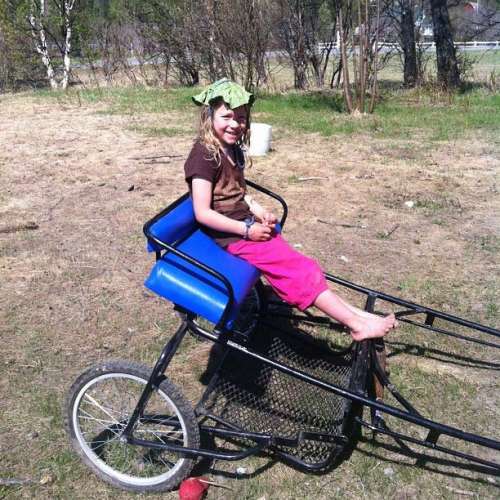 Of course, there are MANY other forms of farm names, but these four categories were the most notable in my brief research.  What will I name my future farm?  Perhaps it will be Future Farm! Maybe Wilder Acres…or Fluffy Cloud Gardens.  Maybe I’ll end up next to the most perfectly named river that I cannot resist naming my farm after.  Maybe the farm will just tell me in its own sweet way and time.

Do you own a farm or have a favorite farm with the perfect name?  I’d love to hear it!

Until next time Farmgirls,