Hello all you fine, friendly farmgirls! It’s finals week here at Alaska Pacific University, and because of that…I’m sleep deprived. It happens to the best procrastinators among us year after year, generation after generation. When some people say they are sleep deprived, they are probably surviving off of just a few hours of sleep here and a few hours of sleep there. Since I’m fairly child like, sleep deprivation for me means that I’m getting less than eight hours of sleep per night for several nights in a row. The least amount I’ve slept has been five hours, and I kind of feel like a zombie. I know, it’s rough. How can I hope to be a farmer some day if five hours of sleep leaves me feeling less-than-human? I don’t know, that’s a question for another day.

Anyway, I digress. One reason for this sleep deprivation is some forced civic dutiness I was assigned to complete for a graduate level environmental law class. We had to write and submit an official public comment to a governmental agency regarding our stance on some bill, act or other decision that is recently being decided upon. Of course, this had to be regarding something related to the environment.

Evan and I enjoying a spring ski. It should be a civic duty to enjoy state and national recreational areas on a regular basis.

What is a public comment, you may ask? It is a letter that one writes to the appropriate agency in regards to pending legislation or other decision. They are often persuasive and informative in nature. The best ones are well researched and may be drafted as a representation of a group of individuals, organizations or companies. Sometimes, they are really well done, often times, they sound like an angry facebook post. Regardless, all of them get read at some point in time and they are all taken into account in the final decision making process. When hundreds or thousands of public comments are submitted, then the comments are read by interns or something, summarized and tallied into categories.

Perhaps you are all already well versed in public comments, in that case, I’m sorry. If not, perhaps this will encourage you to start writing! Public comments, especially when they come from experts in a field and they cite scientific research, are very valuable in the government’s decision making process. Oftentimes, legislators have to vote on issues that they know very little about, these public comments help inform their decisions.

As you may be able to glean from previous entries, I am very leery of genetically modified organisms. I am skeptical of huge corporations with many share holders to please and to make rich. I question governmental organizations and corporations that share key decision makers. In light of this, my search for the perfect public comment period focused on petitions to deregulate genetically engineered or modified organisms.

Unfortunately, it was pretty easy to find one of these to comment on. I searched for and found mine under the USDA’s Animal Plant Health Inspection Services’s Biotechnology department. (you can copy and paste this, too: http://www.aphis.usda.gov/biotechnology/fr_notices.shtml). Other federal and state agencies have similar lists of open comment periods, too. 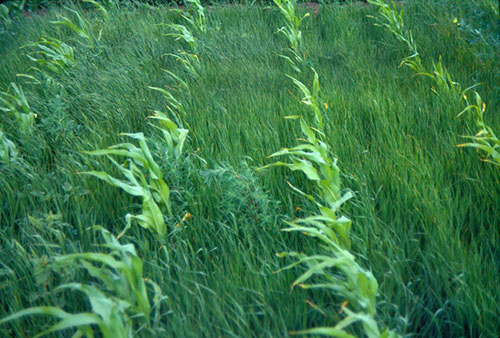 My most recent public comment was written regarding the petition to deregulate glufosinate and mesotrione resistant soybeans. If you’ve guessed that I was opposed to this deregulation, you are correct! I believe (and have scientific research to prove it) that herbicide resistant crops ultimately result in ever increasing amounts of chemical runoff from herbicidal application. This happens when weeds become resistant to the herbicides after continued application. They are called “superweeds.” We already have more than half a dozen weeds that are resistant to Round-Up, these new herbicide resistant seeds are meant to replace glyphosate (RoundUp) resistant seeds as their efficacy is harmed by the rise in superweeds.  Weeds resistant to the other herbicides have already been identified in other countries, the United States is close behind. These huge corporations would rather continue to release these short-term solutions that ultimately fail and lead to environmental degradation than look for more sustainable solutions. They make a lot of money off of short term solutions, so it makes sense. 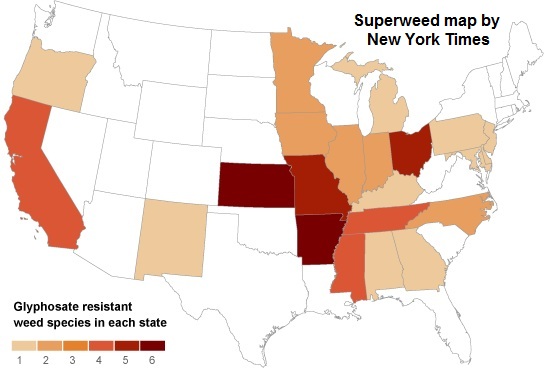 In most cases it is up to the government to approve or disprove the deregulation of new genetically modifed organisms. Unfortunately, the government is easily influenced by money and lobbying from the big guns at Monsanto, Syngenta and Bayer. In order to fight these guys, more and more people should be writing well-written and well-researched public comments. The comments are made public shortly after writing them, so you can see others that have been written. In the case of the new herbicide resistant soybeans, only thirteen comments had been made at the time of my comment (nearly 55 days into the 60 day comment period). I read all of them. The majority were from large soybean growers associations in support of the deregulation.  There were a few horribly written and unsupported comments opposed to the deregulation. I feel confident in my comment, and hope that it is considered in the final decision making process. If nothing else, perhaps the decision makers will be exposed to a well-informed opposition to the status quo and start to change their minds. Furthermore, you will gain some knowledge about these issues.

So, why not go and practice your civic duty by voicing your opinion! It feels good, and perhaps you’ll institute some change!

If you are already an avid public commentor, which avenues do you take? which issues do you write about? Let us know how Farmgirls everywhere are making their voices heard one way or another.

Until next time, Farmgirls,