And, summertime living is not easy on a farm; I’m telling you that. It is work. Hot, sweaty, work. I think wintertime living is easier when you live on a farm. I need to contemplate that a little bit longer, but that’s my gut.

Anyway, it is as hot as blazes here. I see so much RED across the nation’s weather map, I’m guessing it is RED HOT in your neck of the woods too.

“Make hay while the sun shines.” I get it now.

We have frequent afternoon thunderstorms in this weather, so making dry hay, which is the only kind to make, is a big challenge in the Blue Ridge Mountains where I live.

We decided to make our own hay this season. We’ve been here 3 years and have always had a hay shortage. Last year’s hay shortage was critical. It didn’t matter how much you were willing to pay. Horse quality hay (which is higher quality than cow or goat hay) was no where to be found. I worried myself silly about providing food for my horses.

And one winter day my husband and I sat in front of the fire, drinking coffee, wondering where we could get hay, we started to wonder why we were in such a hay predicament since we had so much hay field land. So we decided to make our own hay. 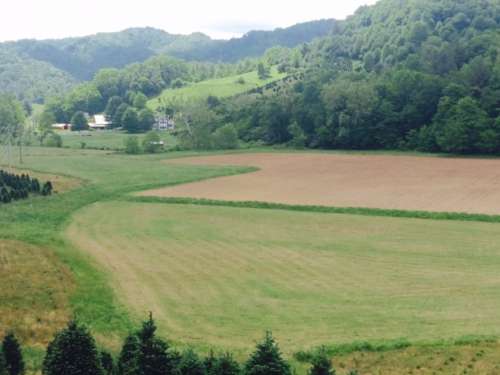 And eventually we bought some vintage hay equipment from a farmer.

I found the old hay equipment for sale on craigslist about 2 hours away. We borrowed a trailer from one of our awesome, generous, and kind neighbors. And we headed out with Elvis the Blue (truck) and my Big Teal (truck). We somehow, miraculously, unbelievably, got the following haying implements back home without incident.

We knew what the mower was for: mowing hay.

And we knew what the baler was for: baling hay.

But the other two were mysteries. 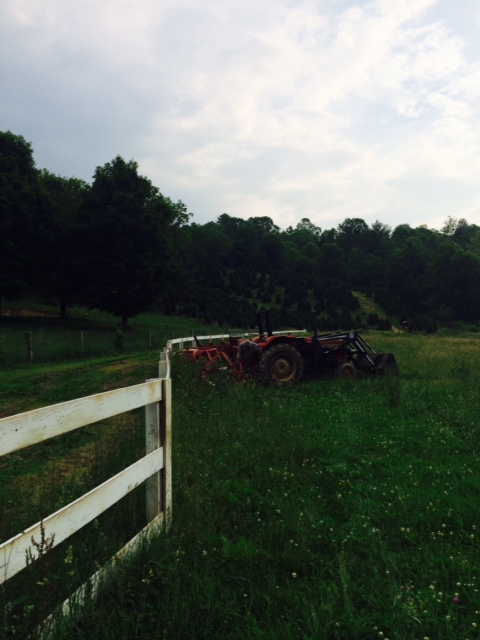 This one made me tired just watching it. Check this out.

I would call that, “How NOT to make hay.” Whew.

We have solved the mystery. We have learned a little bit about making hay.

So, you cut the hay and let it sit in the field for about a day. Less than a day if it is hot. Which it is.

Here’s our front hay field, with the hay on the ground. 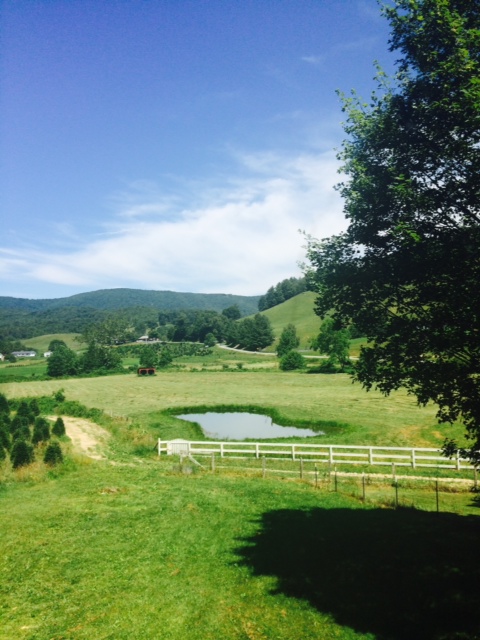 Oh wait. We interrupt this hay making post to let you know that we broke the sickle mower after the first run. Yes we did. Broke it. So we couldn’t use it.

Now, I’ve told you that I live in a most unusual and wonderful community. Well, one friend and neighbor came and helped us load up the sickle mower and get it to the local farm equipment fix-it guy.

Then another friend and neighbor came and mowed the field FOR US. You read that right. MOWED. THE. HAY. FIELD. FOR. US. Just like that. Without us asking.

Can you believe that????

I continue to stand in awe and amazement at the generosity and kindness of our neighbors. Without them we’d still be out in the middle of that field staring at our broken mower. Lamenting. Going “WHY?” to each other. Going “What were we thinking?” Going “Poor us.” Going “How are we going to get his hay up for our horses?”

But instead of lamenting, we were cheering for that wonderful neighbor who showed up with his big and beautiful tractor and mower– that wasn’t broken. Awesomeness.

So back to the hay. You let it lay there for a bit. Then you flip it and fluff it with the tedder and let it sit for about another day or until fully dry. If moisture comes in, then you have to repeat this step. 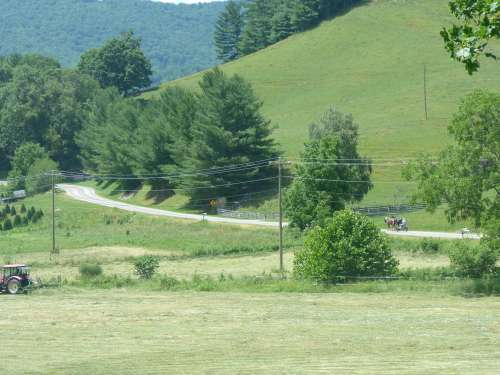 That’s the neighbor saving us with his “fluffer” or “tedder.” Look at what is coming down the road-a horse-drawn wagon. I can’t believe this place where I live. 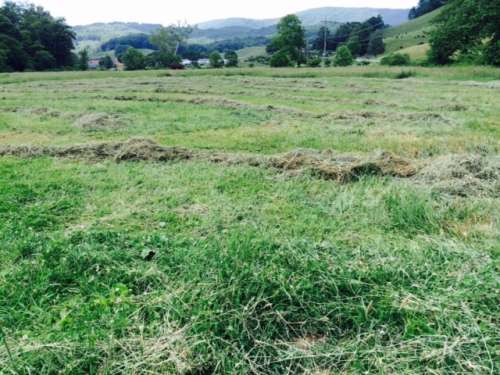 Then you hook up the rake to the back of your tractor. The rake takes the hay and puts it in winrows. What are winrows? Those are rows of hay, lined up to be baled. These are my very first winrows. How’d I do? Okay, probably a solid “C” if someone was grading me. I’ll take a C for my first try.

So, anyway, once the hay is lined up in windrows…

And then you ask local teenagers to come and help you. Because new hay bales are heavy. And you are no spring chicken any more. No, indeedy.

And then, they load it on a hay wagon.

And then, they unload it into your dry, welcoming barn.

And you give them water and brownies. And money. And maybe Mountain Dews. And ice cream sandwiches.

And smile because your barn has some hay in it. And it is only June, the beginning of summer.

And you don’t have to worry about feeding your horses this winter.

Now THAT is living. I realize now that summer afternoon are two wonderful words, Henry James was right.

Somebody pass the sweet tea before I pass out. Did I mention it is hot here? Shoe-weee. Yes, a cold bubble bath sounds lovely right about now.