I saw a funny meme (okay…I don’t really know what a meme is…whatever) today about living in Alaska.  It has a man asking a little boy, “When does spring start?”  The little boy replies: “I live in Alaska…” with a sad look on his face, the man then tenderly hugs the boy, comforting his obvious dismay.  Well, I think spring has sprung!  The skies have been crystal clear and the temperature is rising.  Some days it’s even above freezing.  Plus, we have little to complain about compared to the brutal winter that the majority of the US faced this winter (although I’m still a bit jealous…). 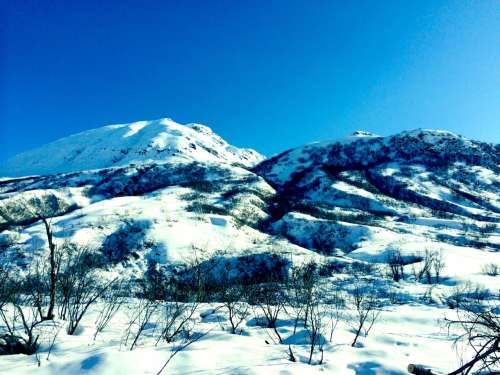 My father and stepmother visited two weekends ago to visit their cutey-patootie granddaughter Ava, and they were blessed with these same crystal clear, azure skies.  The mountain ranges were out in full force–they even got to lay their eyes on the behemoth Denali.  We also had beautiful views of Mount Susitna (also called The Sleeping Lady) during our drives to and from Anchorage.  There is a legend associated with this mountain that has become one of my favorite stories to share with others. 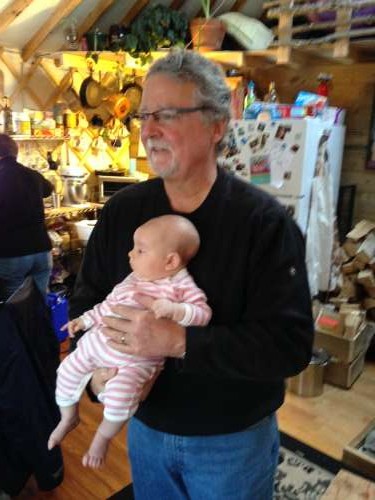 A grandfather and his new granddaughter!

The Legend of Susitna

Many generations ago, long before people like you and me even existed, a giant race of people lived, loved and learned in the land that is now Alaska.  The year-round tropical climate allowed delicious fruits and vegetables to flourish in the fertile soil, leaving no one hungry or desperate for new places or lands.  This giant race of people never experienced violence–the few conflicts that arose were dealt with through peaceful means.

There were two amongst these people that were especially happy–a young man named Nekatla and a beautiful young woman named Susitna.  Their love for each other was infectious, and the whole tribe had been in an especially celebratory mood since the announcement of their wedding plans.

On the eve of their wedding day, a messenger came from a neighboring tribe announcing a quickly advancing warring tribe.  The men of Susitna’s village all agreed to travel to meet these warriors before they reached their village.  Susitna and the other women were very worried, but the men assured them that they would deal with any clashes between the tribes with peaceful negotiations.

Susitna and Nekatla shared a tearful goodbye, and Susitna laid down to take a good sleep before their big wedding the following day.  With this, the men of the village left to meet the warring tribe.

Not long after their departure, another messenger arrived in the village, frantic, and with terrible news.  Upon meeting the warring tribe, Nekatla and all of the men had been mercilessly killed.  They didn’t even have the chance to come to a peaceful solution.

The women of the tribe were devastated, confused, and broken-hearted.  What would they do?  How would they move forward?  They had been amidst such joyful times with the wedding of Susitna and Nekatla approaching so quickly.  And then they remembered Susitna:  How could they break this news to her?

The women decided to let Susitna sleep, and they would share the dreadful happenings with her after she awoke.  That night, they all laid down to sleep around the Sleeping Lady.  Sleep came slowly.  As the night wore on, their sorrowful tears turned to snowflakes–the first snow to ever fall in Alaska. All of the women froze where they lay and can still be seen there to this day, with Susitna–the Sleeping Lady–the most prominent of them all.

Legend has it that when peace comes to reign over the land once again, Susitna and the other women will rise from their slumber to be reunited with their long lost loves. 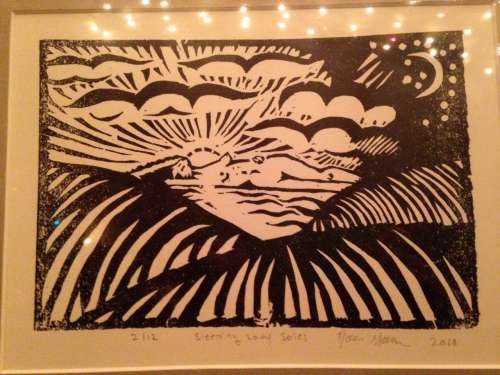 This is a print I have of an artist’s rendition of Susitna, can you see the sleeping lady shape in the photograph of the real thing?

There you have it: The Legend of Susitna.  There is something about it that reminds me of spring.  Perhaps it is that the mountain is so beautiful and visible during this time of the year, perhaps it is the notion that this occurrence brought seasons to Alaska, but more likely it is the hopeful feeling it leaves with us.  Spring is such a hopeful time (especially for farmer types like us!).  We have hopes for new calves, chicks and piglets that have just been born.  We have plans for the vegetables that will surely arise from germinating seeds.  We expect the cleaning power of melting snow and fresh air to wipe clean our slates for the rest of the year.  Peace will reign the land again, won’t it?

This is a story I like to keep in my back pocket for long car rides.  My niece once had me recite it three times during a long road trip, and I’m going to take that as a good sign of a good story.  Do you have any stories that you share time and time again?

In other spring news, life in the yurt is getting brighter and brighter every day, and motherhood has been a blast so far.  We’ve been enjoying the springtime weather with lots of hikes and even one spring cross country ski! 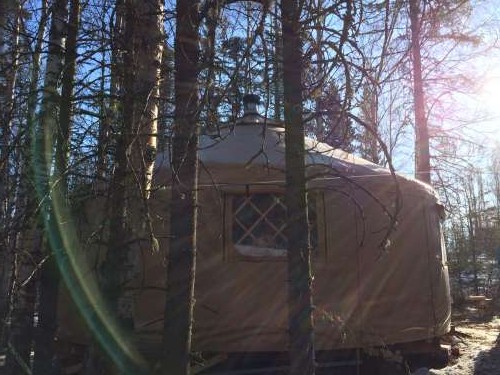 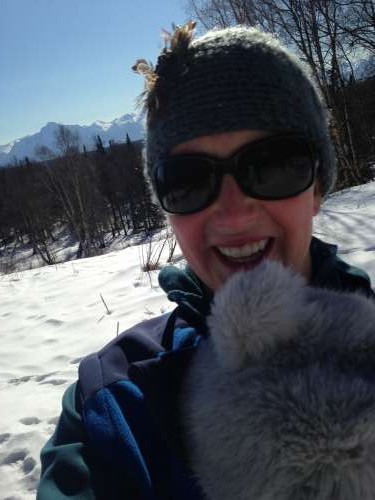 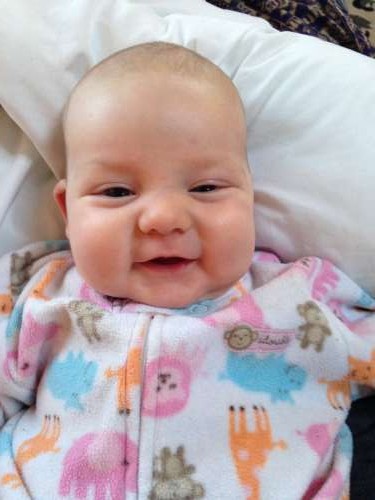 And a cute picture of 8 week old smiling Ava, because I can’t help myself!

Maybe this winter will one day be remembered amongst story tellers: “Legend has it that one year there were 30 consecutive days of below zero degree weather…”  who knows?

I hope these first few weeks of official spring are treating you all well!

Until next time, Farmgirls!