‘Tis post harvest season up here in Alaska, although we have yet to experience any real damaging overnight frosts.  It’s been an incredibly warm and balmy fall for this neck of the woods.  While Mother Nature is allowing for a longer than anticipated season, we just really didn’t have anything left to harvest. 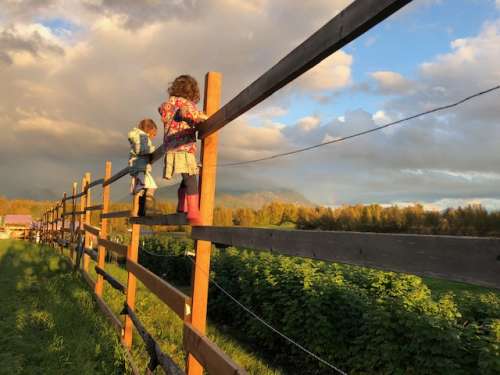 Warm Blissful days on the farm!

We finished cleaning up the fields last week, first with bringing in the final crops still left in the fields.  We harvested all of those lovely hardy winter and storage crops: carrots, beets, turnips, rutabaga, cabbages, leeks and Brussels Sprouts.  We then had a chance to glean what we wanted before the three hungry cows were released into the fields to clean up and get a nice buffet before the long winter of plain ol’ hay.  I helped myself to broccoli side shoots, kale, some herbs, broccoli raab, a few butterhead lettuces and a couple of beautiful bouquets. 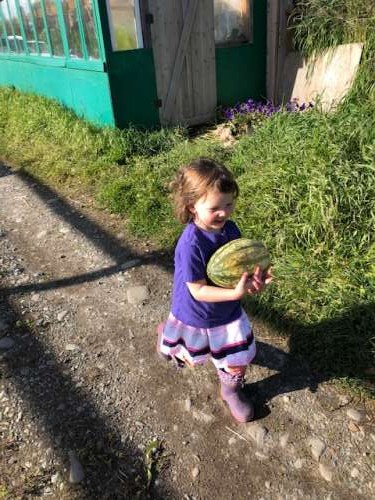 Opal is such a big helper

It seems every year we have a bumper crop of some sort.  My first year at Sun Circle it was onions, the next spinach, then broccoli, last year’s was carrots (2,000 pounds left over at the end of the year!) and this year’s is Brussels sprouts.  The boss lady told me “take as many sprouts as you can stand!”  Fortunately, I find Brussels sprouts very tolerable, especially ones grown with love and amazing soils. 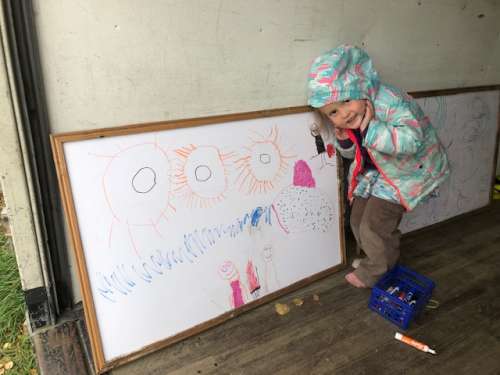 The girls stay occupied while we process the final days of harvest. Ava was listening to stories and drawing what they were about.

We ended up with about 150 pounds of “extra” Brussels sprouts, which is quite a bit to split up between just a few people.  I don’t think we will go through more than a pound of them per week, especially when they are frozen and no longer fresh.  I brought home about thirty pounds, though!  So, it’s time to expand my Brussels sprouts horizons… 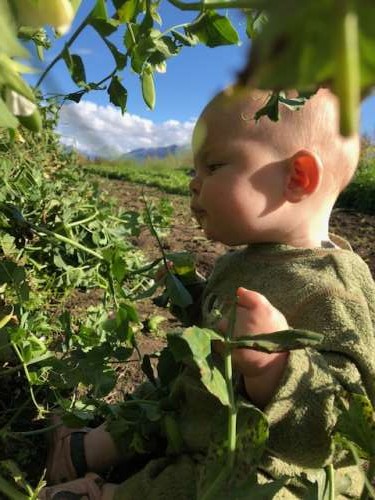 Fern tastes pea tendrils while I collect the remaining peas

Brussels sprouts are an edible bud grown on the stalk of a plant from the cabbage family, otherwise known as the mustard family or “brassica” family from the genus Brassicaceae.  They are also called cruciferous vegetables or cole crops.  So, there are many names for the Brussels sprouts family, but pretty much only one name for the amazing little bud that is the Brussels sprout.  While brassicas originated in the Mediterranean (which is fascinating to me! They seems like such cold weather crops); they began to be cultivated near Brussels, Belgium during the thirteenth century and became more widespread in the following centuries.  Here are some fun economic facts: The Netherlands produce 82,000 metric tons of Brussels Sprouts per year; and, in the U.S., they value a collective 27 million dollars per year (thank you, Wikipedia!). Now, that’s a lot of brassica goodness! 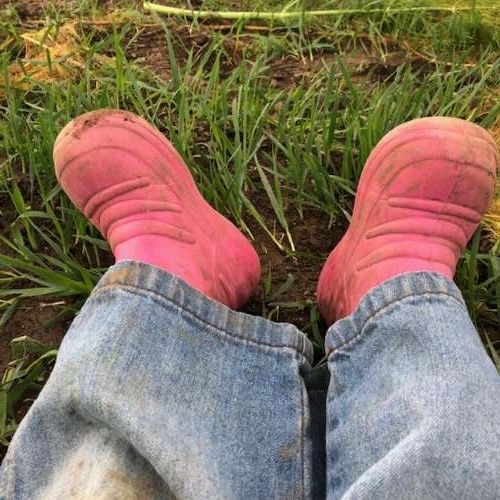 Brussels sprouts are very high in vitamins C and K; and they aren’t too shabby when it comes to folate and other B vitamins, as well as manganese and phosphorous.  They are also a source of sulforaphane–a phytochemical that may have anti-carcinogenic properties…but more studies are needed; I have a feeling there isn’t much money in the humble Brussels sprout to fund these studies… 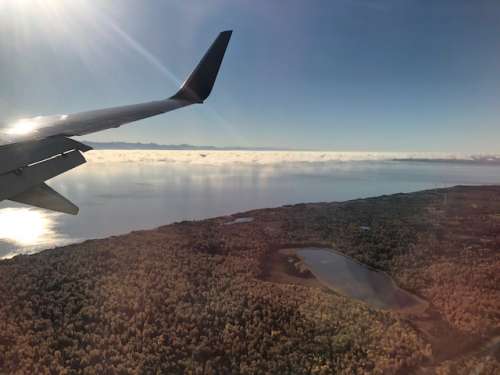 I took a trip to Missouri last month for a friend’s wedding. She is a farmer and my former boss! The food was incredible, but no Brussels sprouts! (The photo is NOT Missouri, it’s from my descent into Anchorage)

While I’m going to be testing some new preparations for Brussels sprouts in the following weeks, I thought this would be a great opportunity to share some of my favorite Brussels sprouts recipes!  They are easy, delicious and nutritious! Just to be transparent–I’ve made up the measurements on the spot because I’ve never actually measured them!

Shred the Brussels sprouts using whatever you have that shreds things–I put mine in my Ninja blender for a few pulses, but a food processor, mandolin or wide toothed cheese grater should work, too.  Set them aside.

Slice bacon into 1/2 to 1 inch pieces and cook until crispy in a large heavy bottomed frying pan (big enough to hold all of the grated Brussels sprouts, I use a number 10 cast iron skillet).  Drain off some of the bacon grease and return to stove top, heat turned off.

Immediately add shredded sprouts to the pan and mix thoroughly, this will wilt the sprouts a little bit and get them covered in delicious bacon grease! Empty pan into a a salad bowl and toss with cooked bacon, Caesar dressing and parmesan cheese.  Add pepper if needed.  I also like to add a splash of apple cider or rice vinegar and sliced hard boiled eggs.  I’ve also made it with green goddess dressing and it was quite good.

While the salad sits and cools off, make croutons.  Cut the bread up into crouton sized chunks, massage butter into the chunks with garlic, salt and pepper. spread in a single layer on a baking sheet and back at 375 for about ten minutes, checking frequently.  Serve sprouts with croutons.  So yummy! 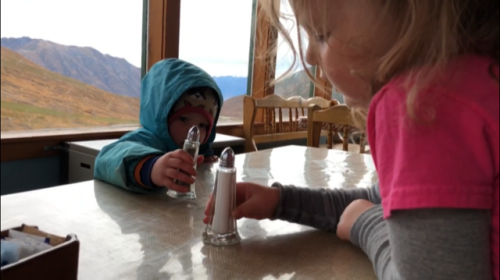 Salt and pepper make everything better.

Start a steaming basket on the stove with an inch or two of water in the pot. Slice sprouts in half (or quarters if they are very large).  When the water is boiling, steam the sprouts until they are bright green, they might just be starting to smell like cooked cabbage.  It should only take a few minutes.

Remove sprouts from the steaming basket and put in a serving dish, sprinkle with lemon juice, parmesan cheese and salt and pepper to taste.  Serve warm. Double yum!

Preheat oven to 400 degrees Farenheit.  Slice sprouts in half, toss with enough olive oil to coat the sprouts, a splash of vinegar, and a pinch of salt and pepper.  Spread sprouts cut side down onto baking sheets and sprinkle with more slat and pepper.

Bake until they start to brown (about twenty minutes, but I’ve found sprouts cooking times really vary depending on size and freshness).  flip sprouts over, sprinkle with more salt (or not…to taste) and roast another five minutes or so.

Also good with bacon, of course! 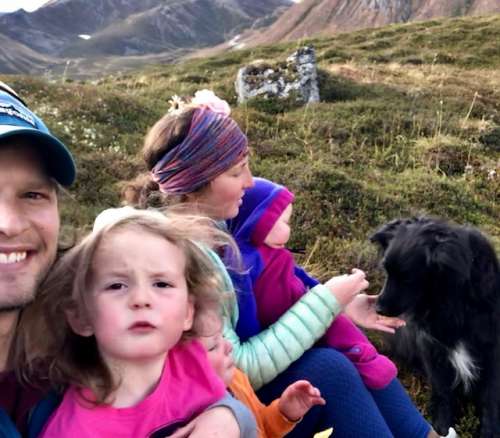 I’m going to need to find a way to make Brussels sprouts into hiking food. This is one of the few pictures from this fall of our whole family–Birthday dog Moki included!

So there you have it…Brussels sprouts three ways amongst the myriad preparations. I hope you find something you like and have a good supplier of Brussels sprouts!

Do you have any favorite preparations that I must  try?! I’m especially interested in ways to use up blanched and frozen sprouts since I’ll have a bunch!

I hope this finds you well and happy during this transitional month of October!

Sending peace and love from Alaska! 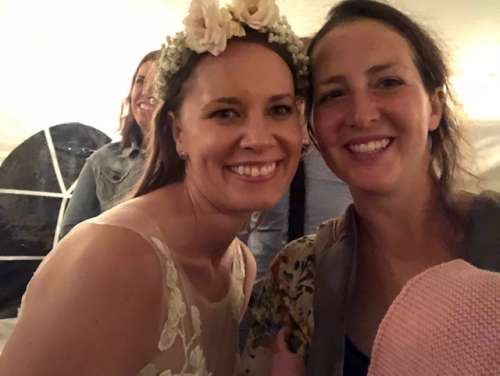