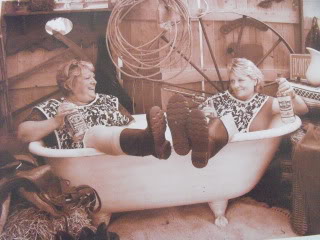 Linda and I had this photo taken at one of those old fashion photo booths at the Organic Valley’s Fair. What fun.