…And Other Life Changers

Have you ever stopped after a seemingly simple moment and thought to yourself, “I think my life just changed”?  I had this feeling last week, and it was such a distinct feeling…I was immediately in awe of how my future could have been drastically (okay, I’m being a bit dramatic) different had this one second of life not happened.  I hope the following doesn’t come off as too creeeeeeepy…maybe Halloween has an influence on this post! 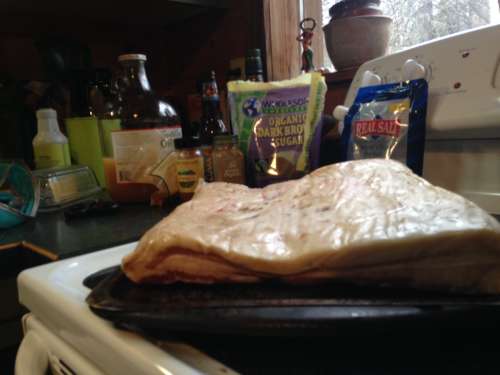 Mmmm, look at that fatty goodness!

Several things occurred in building up to this moment.  First, Evan bought me a new chef’s knife.  He’s super into techie websites that find the best of everything without being painfully expensive.  So, he found this knife and got it for me because I’m always complaining about our dulling knives.  The first thing I cut with it was a big four pound rutabaga, and with the first effortless slice I let out an audible gasp.

You see, I have been envious of those with great knife skills for a long time.  It is so impressive to see expert chefs break down a duck or perfectly fillet a large salmon.  The knife appears to find the perfect spot to slice through.  When watching a good knife handler dice onions or even cut an apple, their skills are apparent…but I’ve discovered that a lot of this skill is in the knife!  Now that I have used a truly sharp, nice knife, I am not intimidated by whole chickens or thick skinned winter squash.  The beautiful halibut fillets I’ve butchered in the past will be no more.  Squished tomatoes will be but a memory.  I will no longer be intimidated by whole meats and other foods! 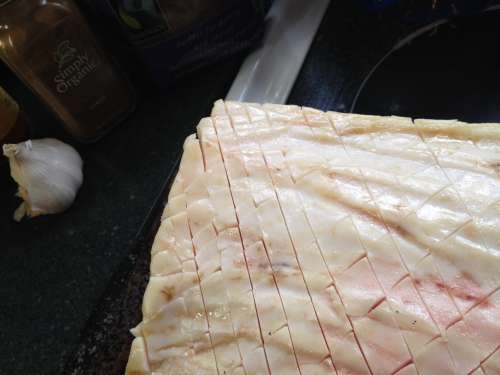 The height of this epiphany came last week when I decided to finally roast a pork belly I’ve had in the freezer for awhile.  It was from a pig that I helped raise a little bit–a nice fatty heritage breed.  I’ve been a lifetime fan of bacon, even going so far as to be one of those lame vegetarians who still eats bacon!  However, I’ve heard here and there that a well roasted pork belly is superior in many ways to the salty deliciousness that is cured bacon. 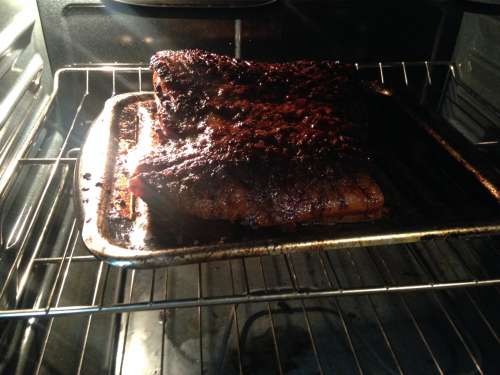 To prepare this pork, I had to score the fatty side of the belly.  It was AMAZING to do this with the new sharp knife.  The responsiveness of it was incredible, I could feel where the fat layer ended and the meat began, allowing me to score it deep enough but not too much.  Writing this out now makes is sound kind of silly or weird–but it really was one of the more illuminating moments in my life.  I think my culinary possibilities have multiplied many fold, and I was already pretty satisfied with how I handled myself in the kitchen. 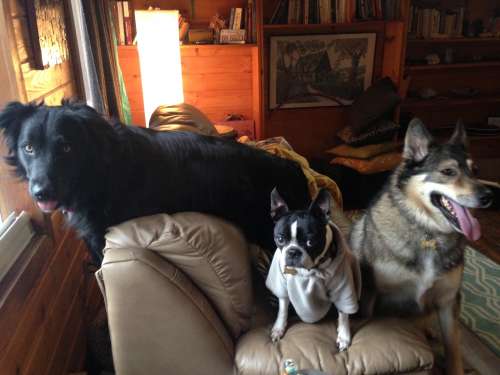 Is it torturous to roast pork belly in the presence of my canine friends?

So, I have this new knife…and other life changers.

I used a pressure canner for the first time last week–major life changer!  I love having home made broth, and I usually just freeze it.  I also keep all of my vegetable trimmings in freezer bags.  By the end of the farming season, my freezer is usually overflowing with onion tops, beet peels, carrot tips and all sorts of various veggie parts. We don’t have a large chest freezer or anything, so it was taking up precious freezer space.  So, I borrowed a friends pressure canner and now I have many pints of vegetable, chicken, duck and beef stock.  YUM.  I plan on expanding my pressure canning repertoire in the future but thought I’d start this year with broths and stocks. 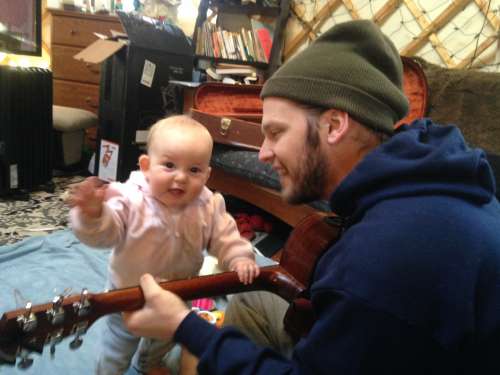 Another life changer: Ava’s mobility!  She is now able to get to where she wants to be in a relatively fast manner.  She didn’t crawl for a very long time–instead she scooted backwards or did this silly sit, lean forward, move one leg forward, sit, lean forward, move one leg forward kind of thing that took forever to get anywhere.  Now she’s a crawling and cruising machine!  She’s even standing unassisted for about twenty seconds at a time. Her new favorite activity is splashing all of the dog water everywhere and getting soaking wet.  She is no longer a little baby (sigh…) and is well on her way to being a toddler.  Time goes so quickly. 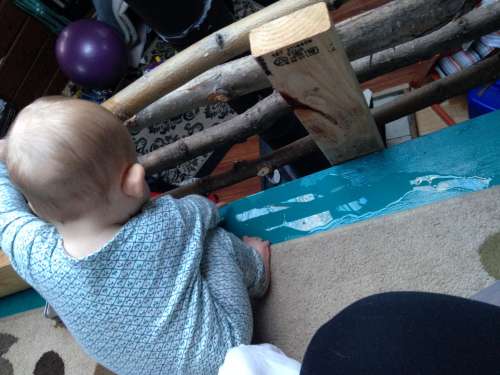 Not dog water…but other spilled water. So fun.

Before I know it, she will be using a truly sharp knife for the first time…and other life changers.

Have any relatively “normal” things happened to you lately that have changed your life for the better?  I think every Farmgirl has or should have a truly sharp, responsive chef’s knife and access to a pressure canner (as for a newly toddling toddler…probably not a necessity!).  What tools of the trade do you think belong in every Farmgirl’s repertoire?

I hope Halloween next week is fun for all and that you have a sharp knife to expertly carve those Jack and Jill-o-lanterns! 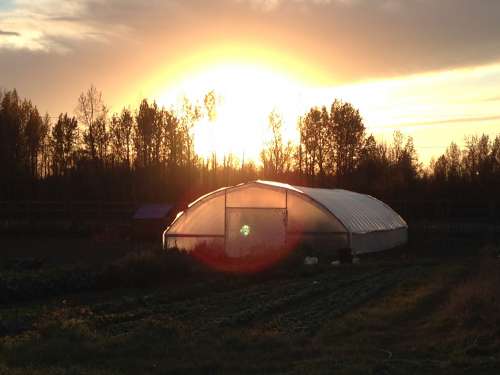