The Case of the Missing Calf

It’s been a busy and eventful month up here in Alaska.  The farming season is in full swing.  It’s the time of year when pretty much everything that can happen on the farm is happening (or at least supposed to be…).  We are transplanting seedlings, seeding greens and roots, harvesting, sowing a few more trays of starts, pulling spent crops, amending new rows, irrigating, putting up and taking down row cover, pruning, suckering, weeding (Oh, the weeds…), fearing the ever growing slug population, moving chickens around in their tractors, opening and closing all of the structures, going to market, running the farm stand and divvying out CSA shares. Phew! 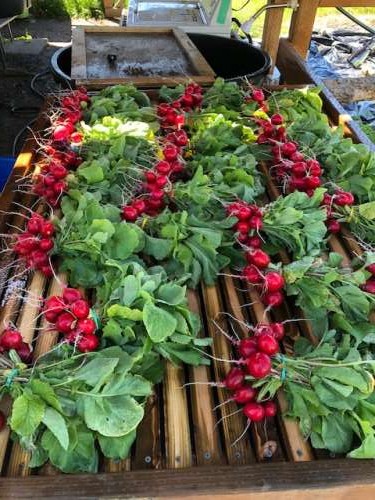 The head farmer at Sun Circle Farm often goes out of town over the 4th of July to visit family in the lower 48.  I have been left in charge of the farm during this time a few times and it is always exhilirating, stressful and HOT.  Every time I’ve done it it ends up being the hottest week in Alaska!  Hot in Alaska means eighty degrees…but, I swear that eighty in Alaska feels like one hundred in other places!  I swear! While she was gone I spent a large portion of my time dealing with irrigation because we could practically watch the younger plants wilt in front of our eyes.  Unfortunately, with the heat and me pretty much staying on top of watering, the weeds went crazy. We weeded and weeded and weeded when there weren’t other tasks to complete, but it was impossible to stay ahead of it. 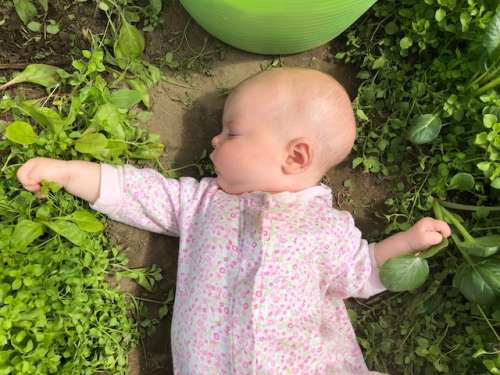 Baby Fern is already learning to pick chickweed. Thanks for the help, little baby!

So, the head farmer came home to chickweed enveloping rows of beets, carrots, and greens. She expected this, but it was still shocking how much the weeds had grown in just a few days.  They are pernicious little things, for sure! 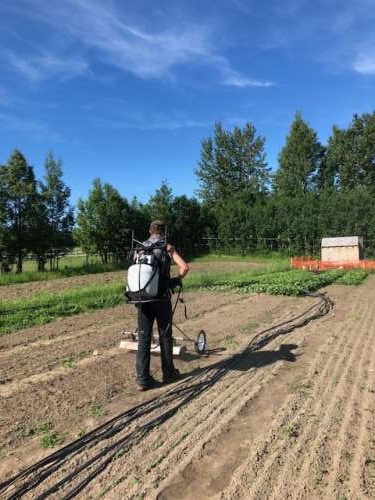 The flame weeder in action–it really helps keep down weed pressure when used at the right time.

Last week was stressful and arduously slow–searching for little carrot seedlings under the canopy of chickweed, spending hours on hands and knees hand weeding what could have been taken care of with a standing hoe the week before…I found myself calling out to carrots, “come out, come out wherever you are!” and gleefully greeting them when they appeared out of the carpets of green. 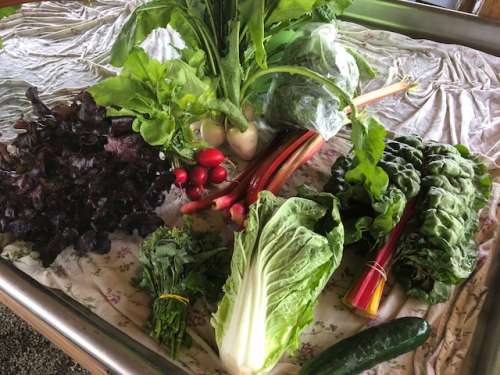 One of our CSA harvests from a few weeks ago.

As in many things in farming and life, just when we thought we couldn’t handle any more on our plates we were taken by surprise by the birth of a new calf on the farm!  I was inside when we got a call from one of the farm workers that Blossom the cow had had her calf and she wasn’t sure if it was alive.  We rushed outside to see that the calf was indeed VERY alive and spooked by all of the action–trying to escape the pasture through the fence. It eventually found an opening and ran into the tall grass of the neighboring pasture where we could see it’s adorable black ears and nose peaking up through the timothy. Two Farmgirls went to flush it back into the pasture with its mama and all was going well until the little calf took a turn and started running toward the neighbor’s garden! 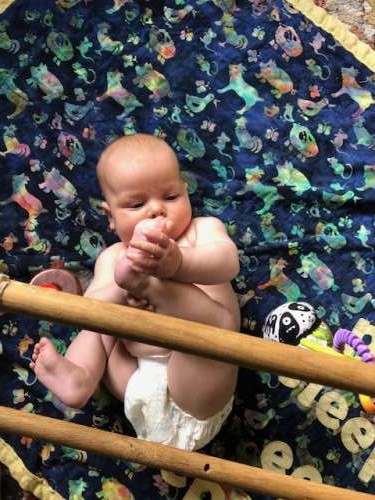 At least this newborn can’t run!

As the two girls tried to chase the calf (our first mistake), I attempted to get through the fence so I could come from the other direction and encourage it to head back home.  Unfortunately, we had fixed the fences last year and I couldn’t get through! I had to back track to get through a gate and by the time I got to where I wanted to block the calf’s path, it had run across the street and into a thick forest tract just north of the farm. Uh oh! The poor little thing was less than twenty four hours old and lost in the woods! At this point we didn’t know if it had even eaten anything yet (We later heard from the head farmer that half of Blossom’s udder had been emptied, phew!). 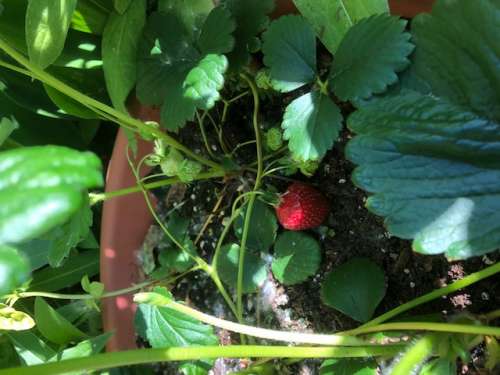 If only finding the lost calf was as easy as spotting this red strawberry (our first of the season!)

After alerting neighbors and local Facebook groups that there was a calf on the loose, two of the girls and I performed a quadrant search by heading to the northern edge of the tract of woods and flushing south toward the road that the calf had crossed. The forest there is incredibly thick with six foot tall cow parsnip, stinging nettle, rose bushes, currants and cranberries, downed trees, big holes and high berms.  We stopped at houses along the way to alert them to the missing calf and ask if we could snoop around their properties. It was treacherous to say the least! 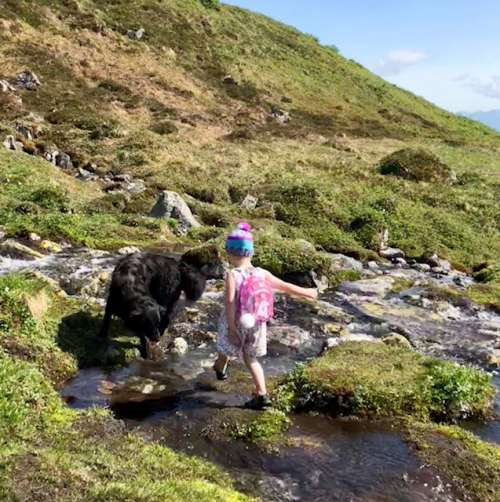 Ava has been honing in on her running through rough terrain skills (Ninja skills, she says).

I found myself treading through the forest holding my three month postpartum breasts–feeling this little calf needed milk and his mama needed relief!  We had run further than I had run in almost a year, in rubber boots no less, and the rush of adrenaline was wearing off.  I called Evan’s father who is a retired dairy farmer and he said the calf likely hadn’t gone far, was bedding down and napping and that it probably wouldn’t startle or make a peep even if we came within a foot of it.  We got word from our “cow guru” that the calf would be okay for 8-12 hours after eating and would hopefully wander home when it needed to. 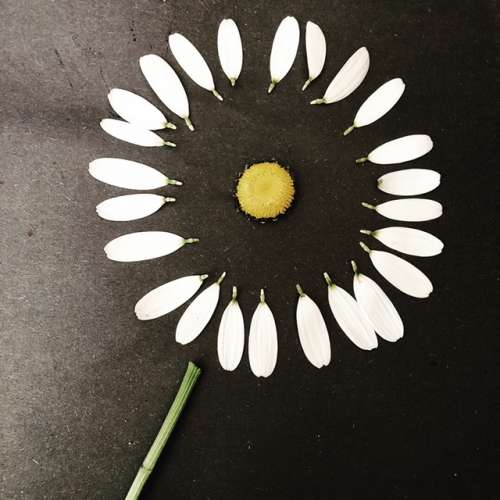 I just think this is a cool photo of a dissected oxeye daisy (invasive in these parts).

We headed back to the farm, tired and beat up a bit from our adventure.  I washed the cow parsnip from my arms because it can cause blistering in the sun.  We chatted a bit about the ordeal and we headed back to weeding and harvesting.  Blossom the mama cow looked uncomfortable as her udder continued to swell, but she wasn’t calling for her calf yet.  This had us worried.  She is a first time mama and we wondered if she was going to have the instinct to call for her baby.  The poor girls seemed so confused about everything! 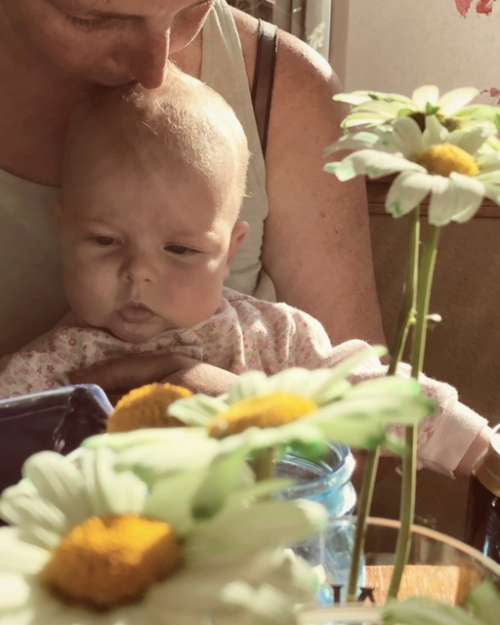 I made a produce drop to a local restaurant and returned home, tired and worried, but hopeful.  When I visitied the farm that evening, after the calf had been gone for almost nine hours, Blossom was finally starting to moo kind of frantically.  She was coming into her mamahood and calling for her baby!  After encouraging her to keep mooing and talking with the farmer a bit, and went home to sleep.

When I woke up, I got a text saying the little calf was found safe and sound that morning in the barn with mama and its foster daddy–the big old steer Maybe.  Yay!  It had wandered home sometime overnight.  It ran off again that day into the neighboring field, and mama broke out to be with it.  It’s a diabolical little thing, isn’t it? Finally, both returned to the main pasture and fencing has been reinforced to keep everyone home.  Oh, and the calf was finally deemed a heifer! She remains nameless, but I’m rooting for something that alludes to how fast she is, like Bolt.  I know we humans are the odd ones out in the ways of mammalian babies–but it seems pretty crazy that a newborn can just run away in an instant! 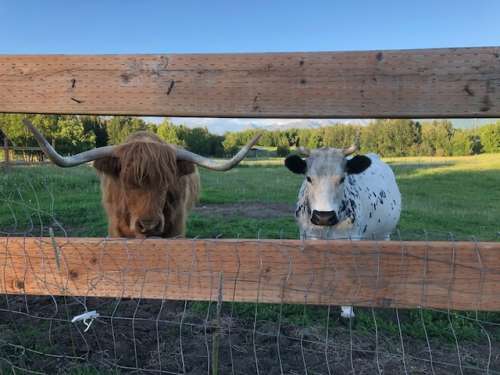 We don’t have any photos of the calf yet, for fear of it running away! But Blossom is on the right and foster daddy Maybe on the left. This is the two of them on the Fourth of July.

The return of the calf left everyone in a jubilant, grateful state.  All of the to-dos seemed a bit less pressing now that Blossom and her baby were together and bonding.  What an adventure!

Hope you all are having wonderful days in your gardens, playing with water in the heat and reaping the benefits of your hard work!