Cast Iron Cooking {And A Giveaway} 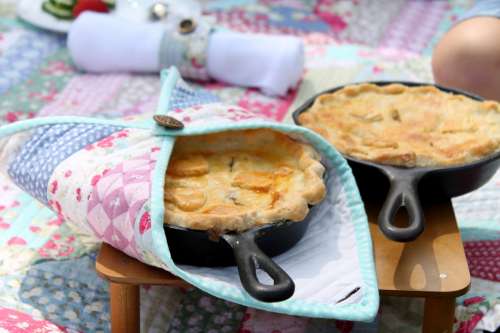 I love cooking with cast iron.  I grew up watching both of my Grandmothers and my own Momma cook with it.  As a matter of fact I’ve already told my Momma that I would like to have her cast iron and my grandmother’s cast iron willed to me!  Because is there anything better than 75 year old perfectly seasoned cast iron cookware?!  Smile!  My daughter has watched me cook with it all her life and now I love seeing her love and care for her cast iron just as much as I do mine. 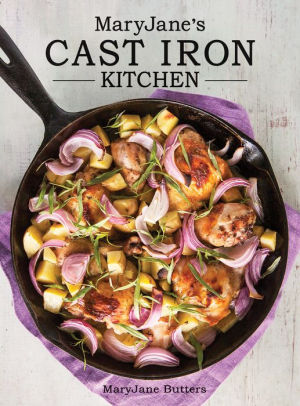 So when MaryJane sent me a copy of her book Cast Iron Kitchen, I was so excited I immediately sat down and skimmed every page.  That night I took it to bed with me and read every single detail!  (Do you ever read cookbooks in bed?! I oftentimes have a stack of them on my nightstand!) 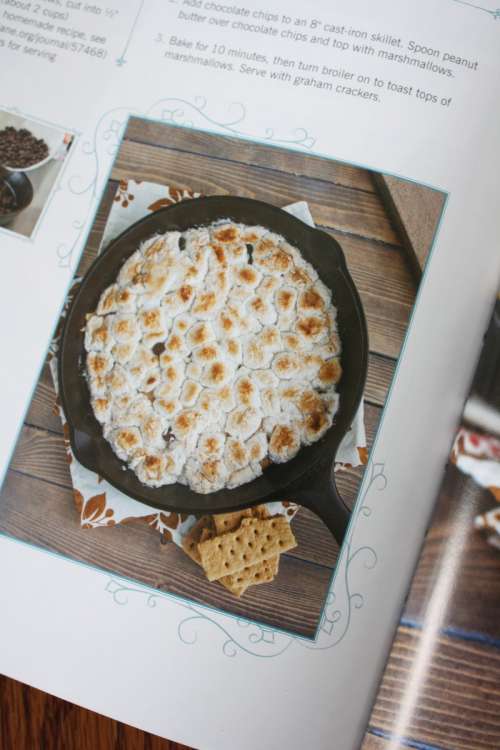 I’m not going to ruin the suspense for you by sharing pictures of everything I’ve made out of this cookbook the last few weeks.  But there is one recipe that is a total game changer for my family.  (Don’t judge me on this okay?!)  New Years Eve we had a big bon fire with all the yummy S’mores fixings.  But I usually pass on the S’mores because they disappoint me in the fact that the chocolate doesn’t melt just right or the marshmallow isn’t that perfect golden color of sticky yumminess.  And sitting there at the camp fire I suddenly remembered that MaryJane had a recipe for Skillet S’mores in her book. 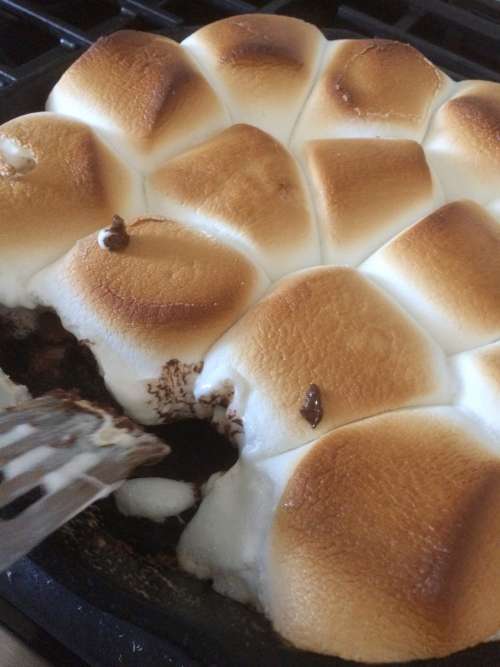 So later when we were back in my daughter’s house, I ran home and got the recipe and my daughter made us the perfectly amazing Skillet S’mores.  Oh my word.  I just have to say that we will NEVER make S’mores over a campfire again! These were the most amazing things with perfectly melted chocolate and sticky golden marshmallows!  I mean seriously you guys… don’t you want to eat some of those? 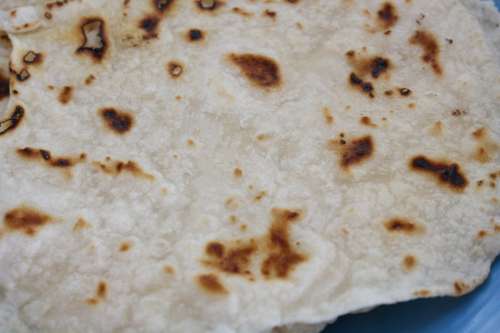 The other thing I made this week that I loved were the flour tortillas.  I grew up on home-made flour tortillas and my Momma has the tortilla press and everything.  I do not have it (yet!) so I just rolled mine out on the counter top.  But these were so yummy.  The recipe calls for Coconut Oil instead of shortening, which is in my Momma’s recipe.  I was reluctant about using the Coconut Oil but was so glad I made them according to MaryJane’s recipe because they were perfect.  And of course you couldn’t even taste the coconut oil in them. 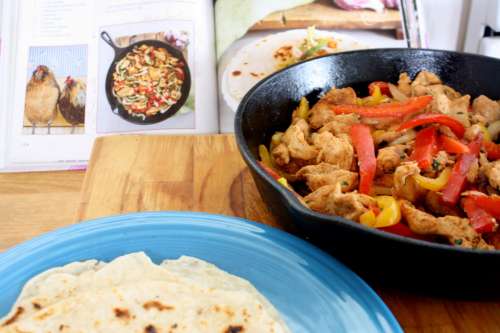 And then the Chicken Fajitas.  Oh so yummy and honestly so easy.  There is a butter/cilantro/lime mixture that you add at the end and make sure you don’t leave this out! 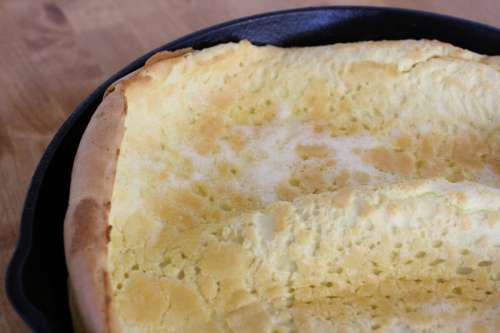 Those are just a few of my favorites.  But I’ve loved the Dutch Babies, the Hash-Brown Patties, the Giant Cinnamon Roll, the Chicken and Dumplings. 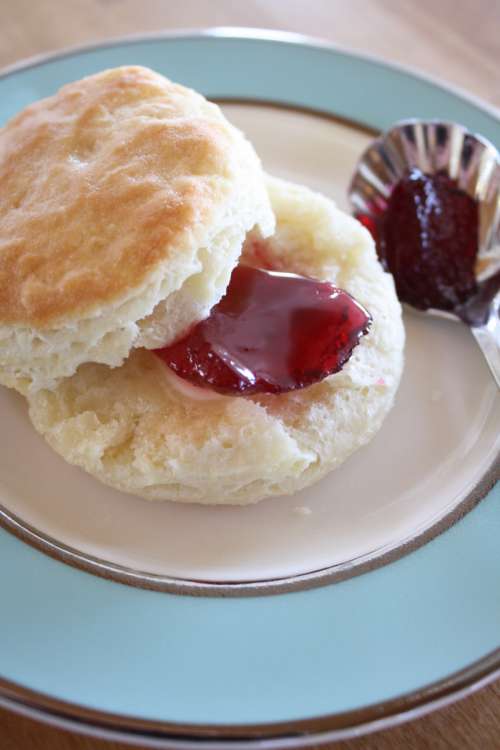 And of course the Biscuits.  Anyone that follows me here knows how I love Biscuits!  In MaryJane’s cookbook she has six pages of all these fun varieties of Biscuit Bun sliders.  So much fun to make! 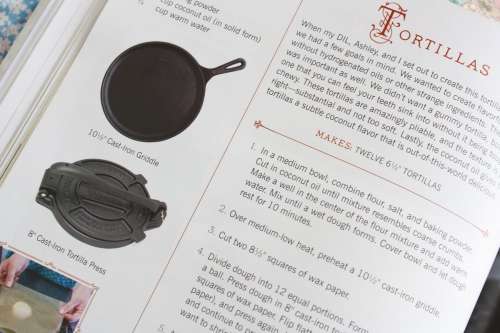 But I’m going to warn you.  There is one big problem with this cookbook.  MaryJane features every kind of cast iron cookware there is to be found… and you will WANT IT ALL!!  I have a list now of what I’ll be purchasing as I can afford it and find it!  (And going through my Momma’s cupboards again to see what she has!!)  What I really love in the book is that every recipe shows, in one quick glance, what cookware you need for that recipe.  I think that is one of the nicest features in the book.  Oh, and the photography is swoon worthy.

MaryJane has graciously offered a give-away of her cookbook to one of you awesome readers!  All you have to do is comment below about absolutely anything to do with cast iron cookware! One lucky winner will be chosen and I’ll let you know next month if it is you!  (In the mean time, you can purchase an autographed copy of the cookbook here.) 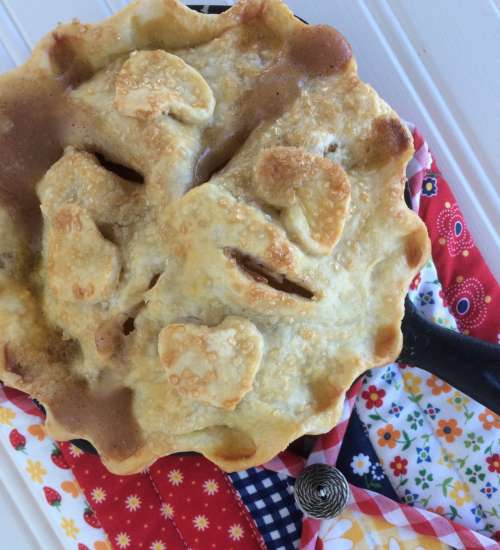 I’d like to end this blog post with a sentimental thank you.  Back in November I wrote a post (here) about how winters are hard for me.  And I want to thank all of you who so sweetly and kindly wrote to me and reminded me of all the positive things about wintertime.    I took some of the advice given to me as well as making some of my own personal changes and I feel like this has been a winter of grace for me.  There is so much to be thankful for in every season of life and YOU, my Farmgirl friends are one of those things.  Thank you!