Can you believe it’s September already!?  Kids recently headed back to school, and the “lazy-daisy” days of summer are flying by.  At the Suburban Farmgirl’s neck o’ the woods, we’re as busy as the bees! Come rest a spell and let’s get caught up! 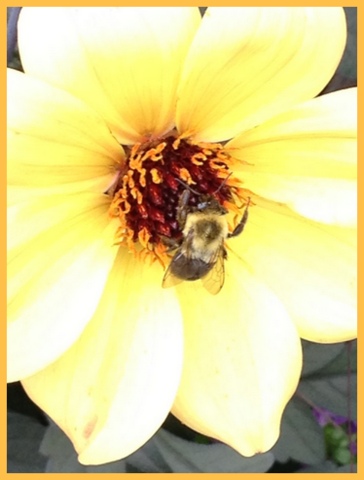 The last few weeks, I set aside many projects in order spend lots of quality time with my daughter before she headed back to school and into (gulp!) fifth grade.  Our family went to the Bridgewater County Fair, where I won a large stuffed animal at the Whack-a-Mole booth, on one try. (I just envisioned real critters eating my veggies in the garden). Oh, the fair!  I love the tractors, the animals, and the old-fashioned, family fun!  Last week, we also drove to our favorite beach and spent the day, sadly bidding it farewell before heading home and stowing our beach gear until next summer. 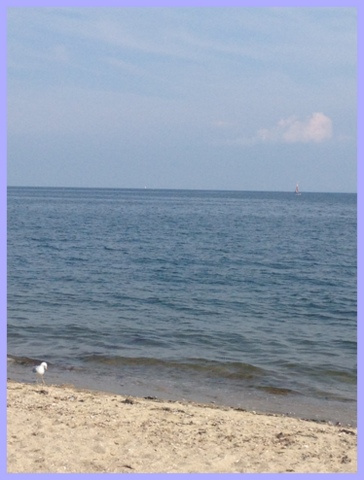 Goodbye, Shore!  See ya next year! 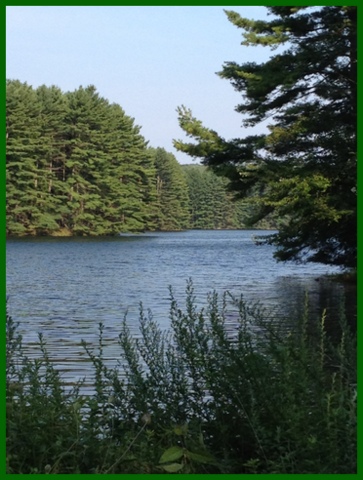 We pass this scenic view en route to the beach.  Soon it will look different, with leaves changing to fall colors. 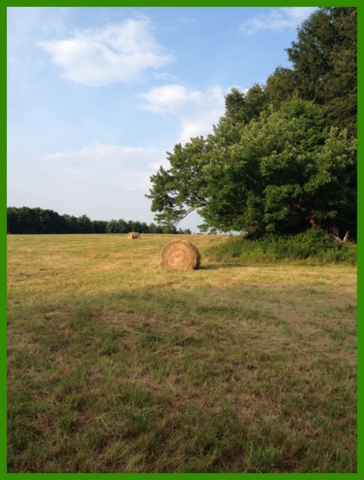 Hay has been baled in the fields of my favorite walking trail. Everywhere are the signs of summer’s departure.

Then we went school shopping.  I had my daughter try on everything from her closet before heading out.  As luck would have it, she’s grown like a weed, for sure, and nothing fit . We had to start from scratch, head to toe.  I’d much rather spend the day in my garden, at the flea market, or in my kitchen; or shop some quaint little town with offbeat shops than go to the mall… but off we went.  This was the first year that we also had to “accessorize” everything.  There should be some sort of award given to parents who survive back-to-school shopping with a tween girl!  Once the shopping list was conquered, and school supplies purchased, we breathed a sigh of relief.  I’m happy to report that first week of school went great! 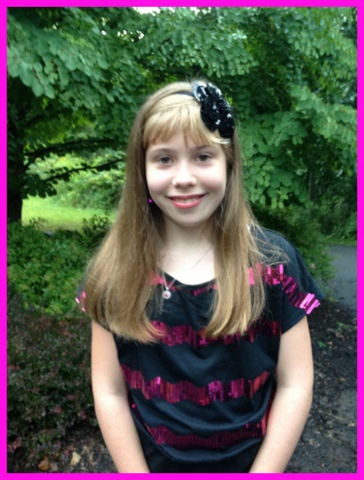 “Accessorized” and ready for the first day. 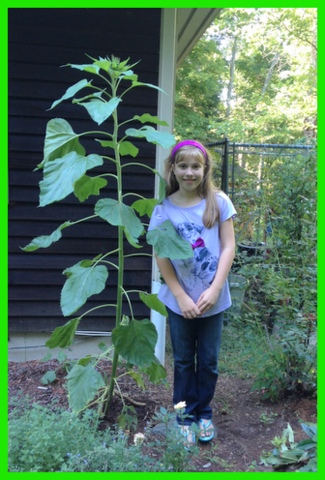 Speaking of sprouting, my daughter is proud of the sunflower she grew from seed.  Still growing! 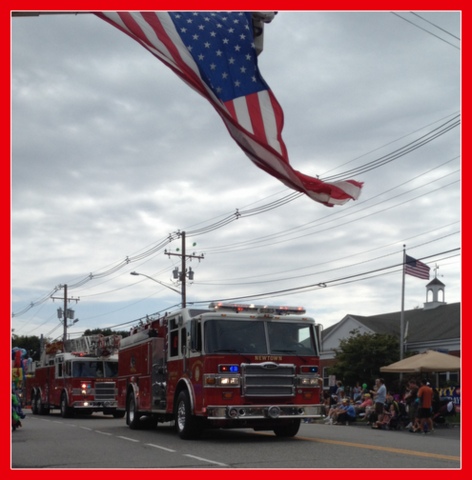 How’s your backyard harvest this year?  I’ve started my snow pea and lettuce seeds for cold weather crops, and will start drying some of my herbs. Our veggie garden is winding down, and the cutting garden is showing the last of its color, its flowers fading like old denim. 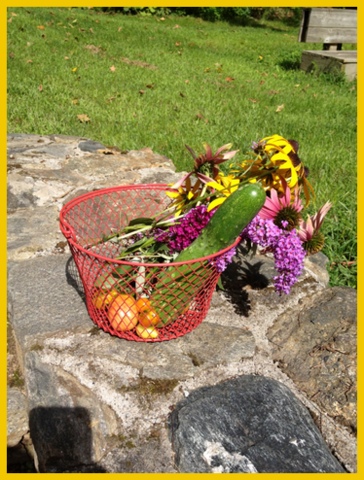 Each day’s trip to the garden has a smaller yield, but still enough for eating fresh! 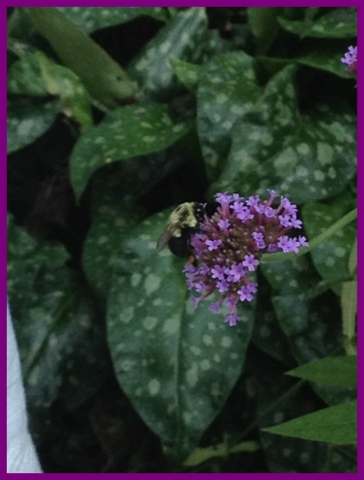 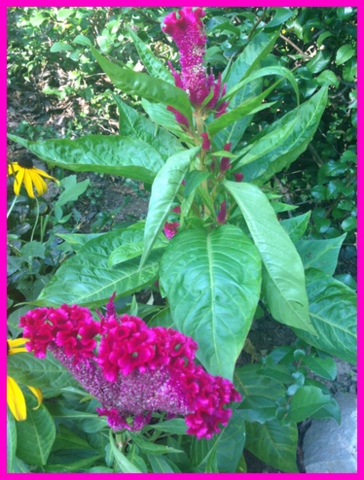 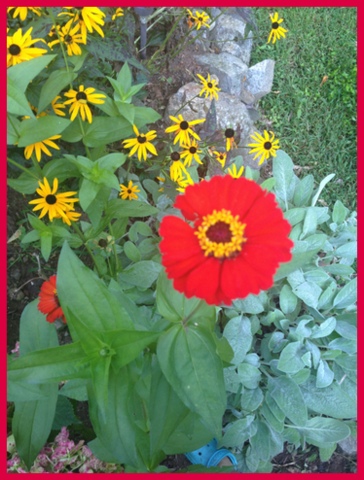 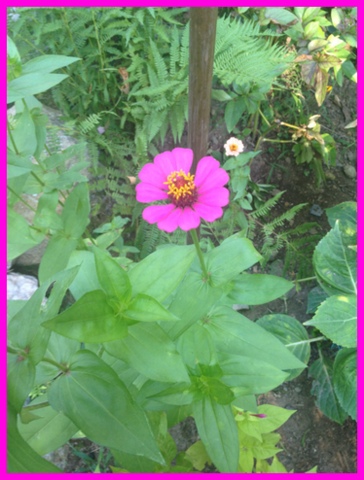 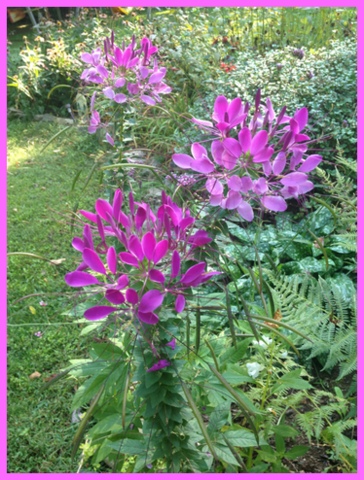 The Cleome (aka Spider plant) are in full bloom and yielding lots of seeds for next year. 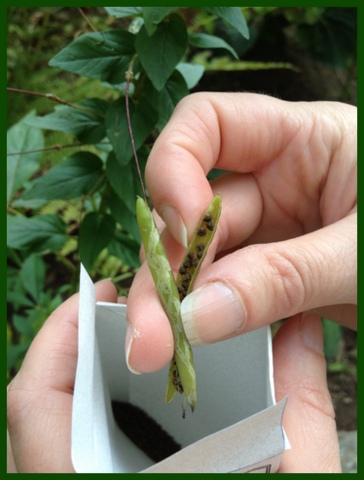 While some of my tomato plants have grown over six feet tall, and are full of big, beautiful fruit, many of the tomatoes stubbornly won’t turn red! I’ve talked to many gardeners from several zones with the same problem. Posting on the Farmgirl Forum, I was given advice from many farmgirls. I found putting the green tomatoes in a paper bag with a ripening banana worked like a charm (just keep in mind they have to stay on the vine long enough to have matured, only then will they ripen indoors).  Of course there’s always fried green tomatoes!  I’ve got that dish perfected; I even had a friend who would pick green tomatoes in her garden and leave them on my doorstep, hopin’ I’d fry them up for her! (Scroll down for my recipe). 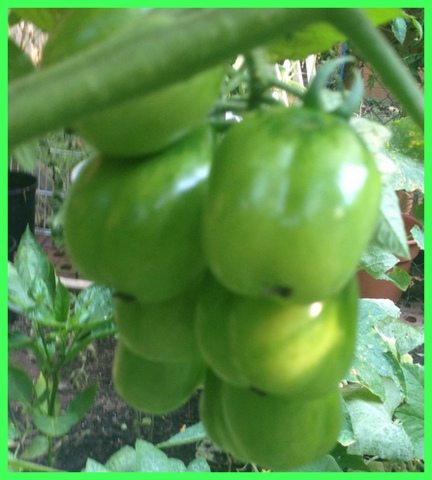 We’ve also been busy doin’ home repairs.  We replaced some failing boards on the decks, and fixed leaky faucets and running toilets. Seems like there’s always something needing attention! We recently also had to call an electrician.  I’ll spare you the details, but one morning the well pump wasn’t working, the oven kept blinking on and off, and we had no power to the basement, among a few other odd electrical issues.  I also thought I heard a sizzle sound and swear I smelled something burning, though it was faint, so I wasn’t sure. Turns out, the breaker inside the fuse box had scorched inside!  I felt sick thinking our house could have burned. What the electrician told me is that it could have eventually, but circuit breaker boxes are metal for a reason. He says a lot of times people have fires because they do not keep the door to the breaker box closed tightly, and sparks catch surroundings on fire. So, always make sure the door is closed to your breaker box. Just a safety tip I thought I’d pass on. 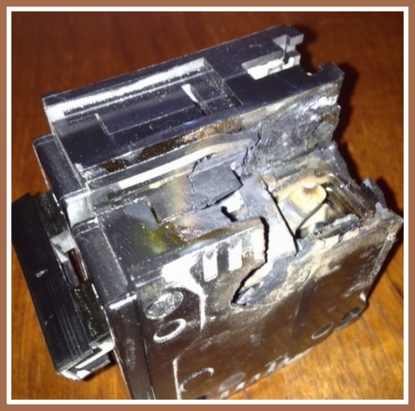 Yikes!  That little angel was looking over us again!

So, enjoy the rest of the warmer days, and remember to leave me a comment so I know you stopped by!

Dredge sliced tomatoes in milk, then flour, then dip in eggs, and finally, in bread crumbs. Brown each slice in a skillet on medium-low to medium heat, about 8 minutes on each side or until brown and slightly crunchy, being careful to turn frequently. Drain on towel-lined plate. Garnish with salt, pepper, basil, and grated cheese. Serve immediately.

Leave a Reply to Marian Schiefke Cancel Your Response