When grocery shopping, I’ve gotten into the habit of bringing in my “green” shopping bags.  I originally started using reusable ones when I first joined the Sisterhood, earning  my first Merit badge by collecting the bags to go green. Easier to carry  groceries in, the bags act as coupons as well, as the store deducts five cents off my total for each one.  I’d amassed a collection of about twenty the past year.  Most of them were “freebies” I received with purchases, or that I had paid a dollar or two for; none were homemade or that pretty.  Imagine my surprise several weeks ago when someone stole them!  What happened afterwards, surprised me even more. I had brought the bags food shopping with me as usual.  I always open the largest bag and tuck the rest inside.  I turned around to look at something and when I turned back to my cart, they were gone!  What a petty thing for someone to do.  Now, thankfully it wasn’t my purse.  I would’ve shared them with the person, had they said they needed them!   I always like to believe that, despite what we see in the media, people are still mostly good. But this act, while not earth-shattering, made me feel violated and irritated. It bothered me even more the next time I went shopping and I ended up with a sea of plastic bags.  Needing to vent, I wrote about it in a post on the Farmgirl Connection.  Feeling better, I didn’t think too much more about it, until other farmgirls answered, sharing stories, feeling badly for me, and asking to replace my bags! 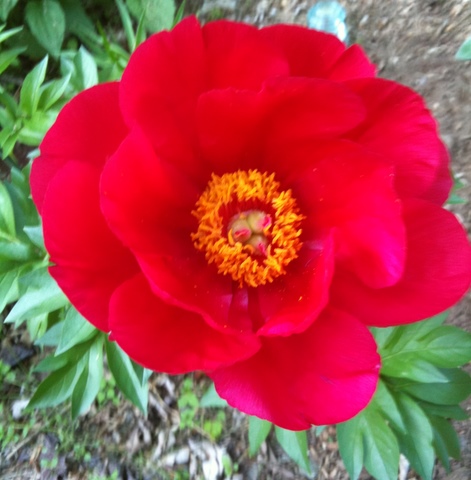 One day, a package arrived, wrapped “farmgirl style”.  What a brightener in the mailbox!  It was from Joey, a farmgirl from Florida, who wanted to share with me her shopping bags.  There was a card inside, written as if from an old friend.  The package arrived on a Monday, a day which had not been the best. Then another pretty package  came in the mail with a bag, but I’m not sure who from!  Still, just this week, another package arrived, again from a farmgirl.  This one was from Kathy, a farmgirl  I’ve never met in person, but who was my “Yearlong Secret Santa” in a “swap” last year.  She’s a dear, also enclosing a sweet card.

I lost a bunch of non-valuable, replaceable bags, but gained so much more.  There’s still good in the world, and friends are so important. It’s a lesson which the farmgirls have taught me yet again.  The Farmgirl Connection Chatroom makes our big world so much smaller and cozier. 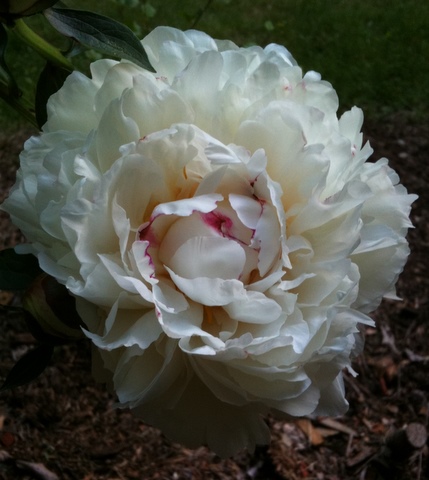 Then, last weekend, while running around doing ten things at once, I received a phone call from my next door neighbor.  When I answered, she said, “I just wanted to tell you how great it is to have you as a neighbor, and that I miss you.  Just want to say “hi”.”  What a nice thing to hear!  Julie and I have been friends for many, many years.  We’ve relied on each other for help with this or that more times than I can count.  We used to make a point of getting together often.  These days, we’re both so busy, I can’t remember when we got together last.  She told me she thought about me a lot, that she means to call, but time just gets away…something we all can attest to.  I’m guilty of that, even though I have the best intentions.  I need to tell my friends I think of them, too. 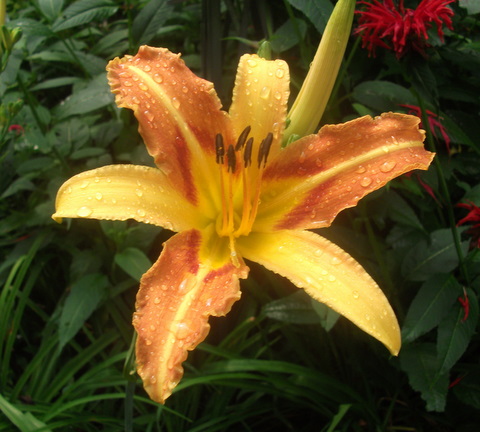 My friend Betty had a birthday a few months ago.  I love homemade cards, but I found one in a store that I had to get her.  On the front, was a picture of two women from the 1940’s, smiling together.  It read, “And could I have one wish this year, this only would it be.  I’d like to be the sort of friend that you have been to me.” – Edgar Guest 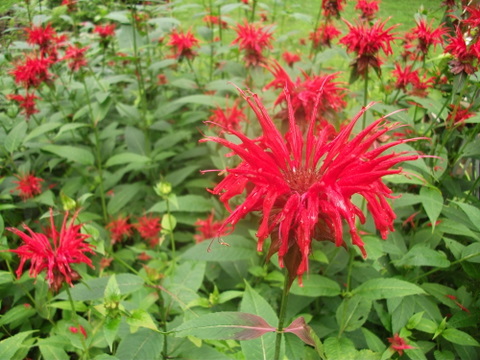 So dear readers, I hope today you are inspired to not let another day go by… call a friend, someone you “keep meaning to call”, or drop a surprise “thinking of you” note in the mailbox. Take the time. When you sow seeds of friendship, you cultivate a garden of happiness!

Suburban Farmgirl Tip:  Tie a plastic store, bread, or produce bag onto the leash of your dog before you take a walk.  It’s there if you need to “curb” after your dog, or if you see trash in the road that needs to be picked up.